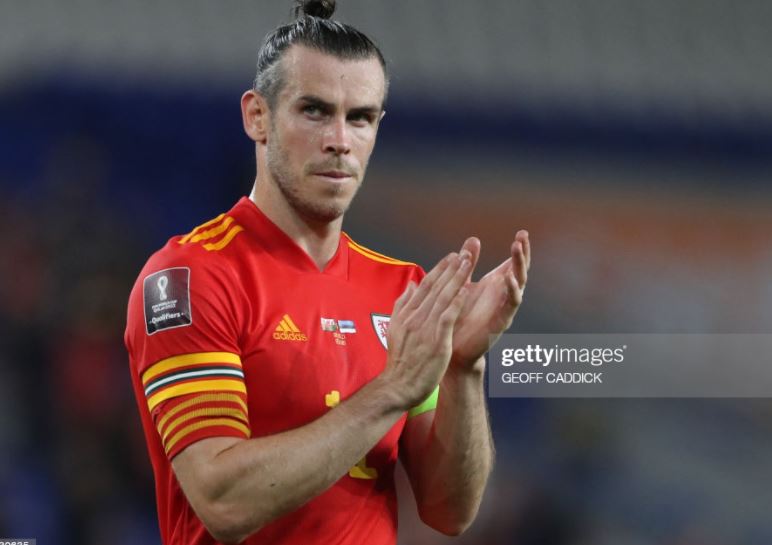 There was no Bale-out this time for Wales, but the captain still insists believes World Cup qualification is achievable even though front door entry to the tournament now looks highly unlikely.

After being held at home, 0-0, by Estonia on Wednesday – an outcome Gareth Bale himself had flagged up as a possibility if his team were not spot on – Wales lost ground in the race for automatic qualification as Group E leaders Belgium were beating Belarus 1-0 in Kazan.

Belgium are now nine points clear of Wales, who have two games in hand and are more likely involved in a battle for second place with the Czech Republic.

The runners-up will qualify for the play-offs next March and Wales’ next two games are both away, to the Czech Republic and Estonia in October.

Bale had rightly stressed before the game that if Wales won all five of their remaining games, they would top the group and qualify automatically. Even four victories now offers no such guarantee.

“There’s still a long way to go and we can’t get too down on ourselves,” Bale told Sky Sports.

“There’s still a lot of games to go. We’ll take the positives from this and try to win the next game.

🗣 “This is a marvelous moment – the Red Wall rises” 🏴󠁧󠁢󠁷󠁬󠁳󠁿

Wales fans remember the late Gary Speed in the 52nd minute in their World Cup Qualifier against Estonia, on what would have been his 52nd birthday ❤️️

“I felt we played well. We played a lot better than we did on Sunday, but we didn’t win and that’s football for you.

“We moved the ball and we were a constant threat but we didn’t take our chances.

“If you don’t finish your chances you don’t win games. “It has been a while since we had that many chances. We have to try to be more ruthless in the next game.”

Skipper Bale was Wales’ hat-trick hero on Sunday as his stoppage-time winner secured a dramatic 3-2 victory over Belarus.

But Bale could not spare Wales embarrassment this time against opponents ranked 110th in the world and who had conceded 15 goals in losing their three previous World Cup qualifiers.

Wales boss Robert Page said: “It’s pure frustration. We started the game really brightly, we should have scored in the first minute and then it’s a different game.

Wales’ hopes of automatic qualification for next year’s World Cup were dealt a significant blow as Estonia ground out a 0-0 draw at the Cardiff City Stadium.

“In the past sometimes we’ve won games late on. We’ve found a way to win and we’ve had the rub of the green.

“It’s dropped for us, but it didn’t this time and we weren’t quite clinical enough.

Wilson collided with Hein and carried on for a few minutes before sitting on the turf and leaving the action.

Page said: “He’s OK. Protocols are in place for a head injury, he was fully aware of that.

“He didn’t feel right and he had to come off. It was blurred vision, I think.

“He’s been assessed and things will be sorted out for him before he goes back to his club.

“The medical team made him fully aware (of his situation), he wasn’t comfortable and he had to come off.”

“We’ve just got to be brave and take our chances when they come.”

“It’s one of those nights – we hit the keeper, hit the post, just went wide.

Bale came as close as anyone to breaking the deadlock before a 21,624 crowd as fans returned to the Cardiff City Stadium in large numbers for the first time since the start of the coronavirus pandemic.

This was the first competitive match between the two nations with Wales having won friendlies in 1994 and 2009.

Wales might have been awarded a 25th-minute penalty when Marten Kuusk handled Wilson’s cross but French referee Ruddy Buquet waved play on and the incident was not referred to VAR.

Wilson was forced off after taking a knock to the head and replaced by Jonny Williams, who had made a positive impact coming on as a second-half substitute against Belarus.

Can’t help but feel a little for Rob Page. Not against getting a more experienced manager in, said before Cooper would be ideal.
But must be so frustrating to try and implement some sort of blueprint while Giggs is clinging onto the job. No clarity, not helpful

Wales breathed a huge sigh of relief after 38 minutes as Mattias Kait was invited to shoot from 20 yards and smacked the home crossbar.

Hein did not have a save to make in the first half but the 19-year-old produced a superb point-blank effort to stop Bale profiting from Ben Davies’ free-kick.

Joe Morrell then released Roberts through the middle and Hein stuck out a foot to divert the striker’s shot around the post.

Roberts soon made way for Mark Harris and the Cardiff striker’s excellent movement posed problems for opponents who were appearing to run out of steam.

Hein held on to a Bale header, pushed out another effort from the Wales captain who sent the rebound onto the post and then tipped away Joe Allen’s fierce drive.

Danny Ward stayed alert at the other end to deny Konstantin Vassiljev producing an Estonian sucker punch as Wales failed to score for the third time in four games.