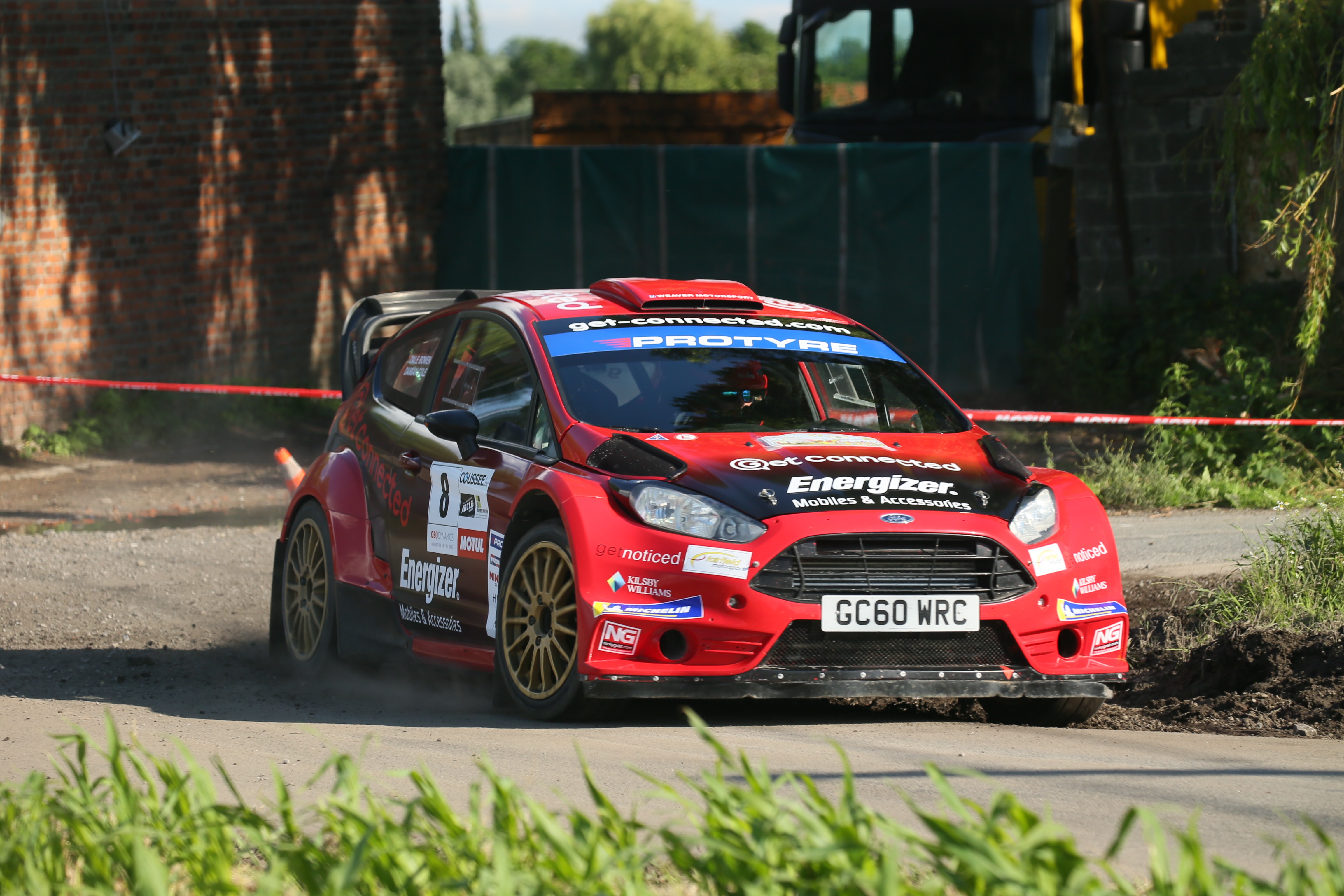 Damian Cole came out victorious in the Asphalt Rally Championship on the Rally van Wervik.

Damian Cole has taken the lead of the Protyre Motorsport UK Asphalt Rally Championship after taking maximum points on the Rally van Wervik in Belgium.

Co-driven by Dale Bowen, the Abergavenny-based six time champion lost time early on in the wet and slippery conditions, before changing the set-up of his Get Connected/Energizer-backed Ford Fiesta WRC. Pushing hard to the finish, Cole eventually finished the 12 stage West Flanders-based event in eighth position overall, and more importantly beat all his Asphalt series rivals.

“This is the first time I’ve driven the Fiesta WRC since the Mewla Rally last year, and it’s much better now we’ve had the fifth injector removed,” said Cole. “The first loop [of stages] was horrendous, I’ve never driven anything as slippery as stage three. It was much more enjoyable when we had grip, and I need more practice in taking cuts on mud and grass.”

Jason Pritchard/Phil Clarke led the Asphalt Championship coming into the event, having won all of the previous three rounds. The reigning champions elected to use their North Road Garage Ford Fiesta S2000, rather than the Focus WRC they had driven all season, and that choice of car seemed vindicated as they completed the first loop as leading series crew. The second loop saw them slip just behind Cole, but the Builth Wells driver was then forced out after suffering brake problems at mid-distance.

Cole now has an excellent chance to extend his 17 point series lead on the next round, as the birth date of his partner’s baby means that Pritchard will miss the Carryduff Forklift Down Rally on 20 July.

Fastest of the Asphalt crews on the first special stage were Hugh Hunter/Rob Flagg, who were only four seconds off the overall fastest time in their Focus WRC. Unfortunately the Ruthin driver spun his Ford on a very slippery left hand bend on SS2, crashing out of the event.

Rhidian Daniels/Tomos Whittle also got off to a good start in their Citroen C1 Max and were well on the class place before a coil lead came loose on SS6 costing the pair some time and dropping them down the order. A determined effort by the West Wales crew over the final loop of stages showed what could have been, as they were pleased with their pace as they set some impressive times on the final tests. They pulled back to finish second in class, behind local Belgian driver Amoury Molle (Peugeot 208 R2).

Despite some early tyre issues and getting delayed behind a crashed car towards the end of the event, Bedlinog-based driver Mike Pugsley (navigated by Marc Clatworthy) put in another excellent performance to once again win his class in his Ford Escort Mk1 RS2000.