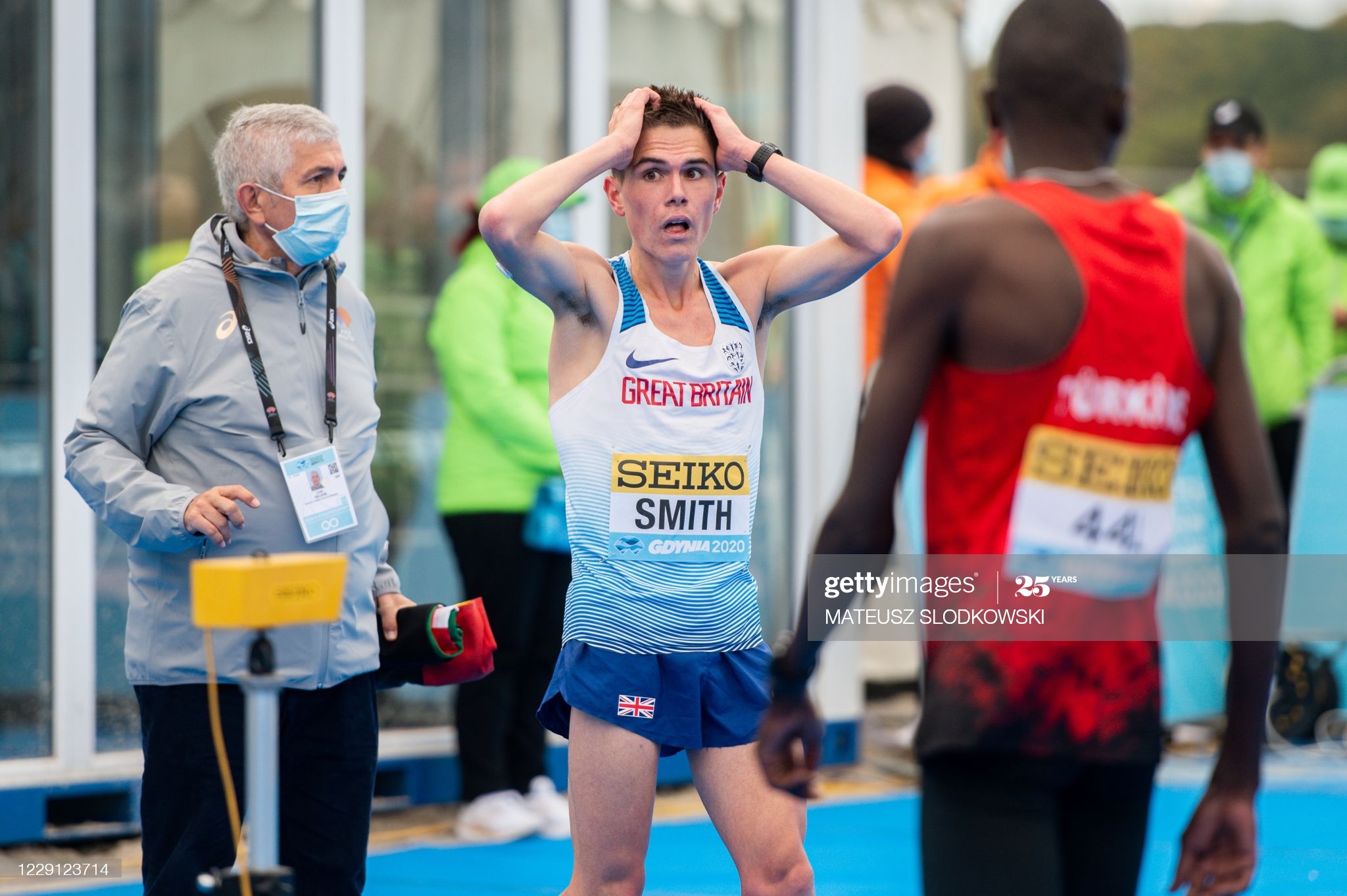 But six-weeks after breaking athletics legend Steve Jones’ Welsh half marathon record, Smith had a change of heart and has decided to run in future for England – the country of his parents’ birth.

Smith’s decision sparked a debate on social media over the sport’s eligibility rules for international competition.

Welsh Athletics CEO Williams told Dai Sport: “First and for foremost, I think it’s important to be absolutely crystal clear, Welsh Athletics doesn’t chase athletes, we’re not out there chasing around the globe trying to find athletes with any kind of link to Wales.

“I’d like to think the work the team have done here in creating the right environment makes athletes want to be part of that.

“But again, I have to stress, athletes have to go through the affiliation process. We don’t encourage them, we don’t chase them.

“It is their choice to go through the eligibility process and satisfy that process.  It is heavily scrutinised by our team, we almost sometimes try to find reasons not to apply the eligibility.

“The rules are in place across the UK, we have inherited these rules. Those athletes who went through it, chose to go through it, they satisfied the credentials and that’s their prerogative.

“I’ve seen certain comments saying ‘oh they’re chasing athletes to compete’ and all this type of stuff. No, we don’t do that. And we certainly wouldn’t attempt to do that either.”

Cardiff University student Smith had long spoken of his affection for Wales having set up home in the capital where he lives, studies, trains and represents the city’s athletics club.

As a result, he successfully applied to represent Wales – his eligibility being confirmed just days before breaking Jones’ 34-year-old Welsh record with a brilliant performance at the World Half Marathon Championships on October 17.

However, breaking such an iconic athlete’s national record led to Smith reconsidering his decision to run for Wales.

In a heartfelt Instagram post earlier this month, Smith said: “I hope this doesn’t disappoint people but I have decided to go back to represent England at future competitions instead of Wales.

“I thought at first it was only natural for me to turn Welsh as I live here and have done for the past 3 years but I feel as though I hadn’t thought it through properly.

“The big turning point for me was when I broke Steve Jones’; a Welsh legend of distance running, Half Marathon record after only being Welsh for 4 days. As both my parents were born in England and I don’t have any family ties in Wales, I would feel much better representing England at future competitions.

“However, I would like to thank Welsh Athletics for everything they have done for me as their support to date has been incredible. This is a hard decision for me to make but I feel it’s the right decision.

“I know I may get abuse for changing back and I know it’s wrong but I just feel it’s the right thing going forward. Again sorry if I have disappointed/upset anybody in anyway.”

Williams said there were no hard feelings over Smith’s decision as far as Welsh Athletics was concerned and wished the young star every success in future.

” I think it all came to a head when Jake ran that fantastic time at the World Half Marathon Champs and I think that challenged his own thought process,” said Williams.

“In fairness to Jake, he has been very open and honest with us. He became Welsh with our blessing and we were obviously delighted that he was going to be part of set up going forward.

“But at the same time, he’s not Welsh now and there’s no animosity between us. We’ll continue cheering him on when he’s wearing the Cardiff vest in club competitions and if he competes internationally you know we will all make sure we have half and eye on his performance.

“It’s just a shame he won’t be wearing a Welsh vest internationally, but that provides opportunities for other athletes to step up and to compete internationally for Wales.

“We very quickly move forward and hopefully everyone, especially Jake, is comfortable and happy with the decisions that they’ve made.

“If he didn’t feel it was the right decision I’m glad he changed that decision as quickly as he has so that we can all move forwards.”

Williams stressed the importance of all Welsh athletes, whether qualified through birth, parentage or residency, feeling supported by the governing body, especially with the 2022 Commonwealth Games on the horizon.

“I think it is important that we are very open – we are mindful of the perceptions of some of the athletics community,” said Williams.

“We don’t want any perception that athletes, 18 months out from a Games can drop in and take their slots, that’s not the case at all. So, we want athletes to feel supported and to feel   Welsh in any which way that they get that get that qualification.

Jake Smith On His National Record: It Was Only Like Two Weeks Ago That I Got The Email I Had Turned Welsh https://t.co/18tCnkZS7U

On the issue of the Welsh half marathon record, Williams said it was unlikely to stay in Smith’s hands now he no longer officially a Welsh athlete.

“I think it sends the right message to the community that in future people can’t become Welsh for five minutes, take a record and then compete for another country. We can’t have someone who is not Welsh holding a Welsh record.

“Jake’s performance was absolutely fantastic at the World Half Marathon Champs and it will rightly be positioned on the all-time list within British Athletics, but from a Welsh perspective I envisage Steve Jones’ record still standing as we enter the New Year.”