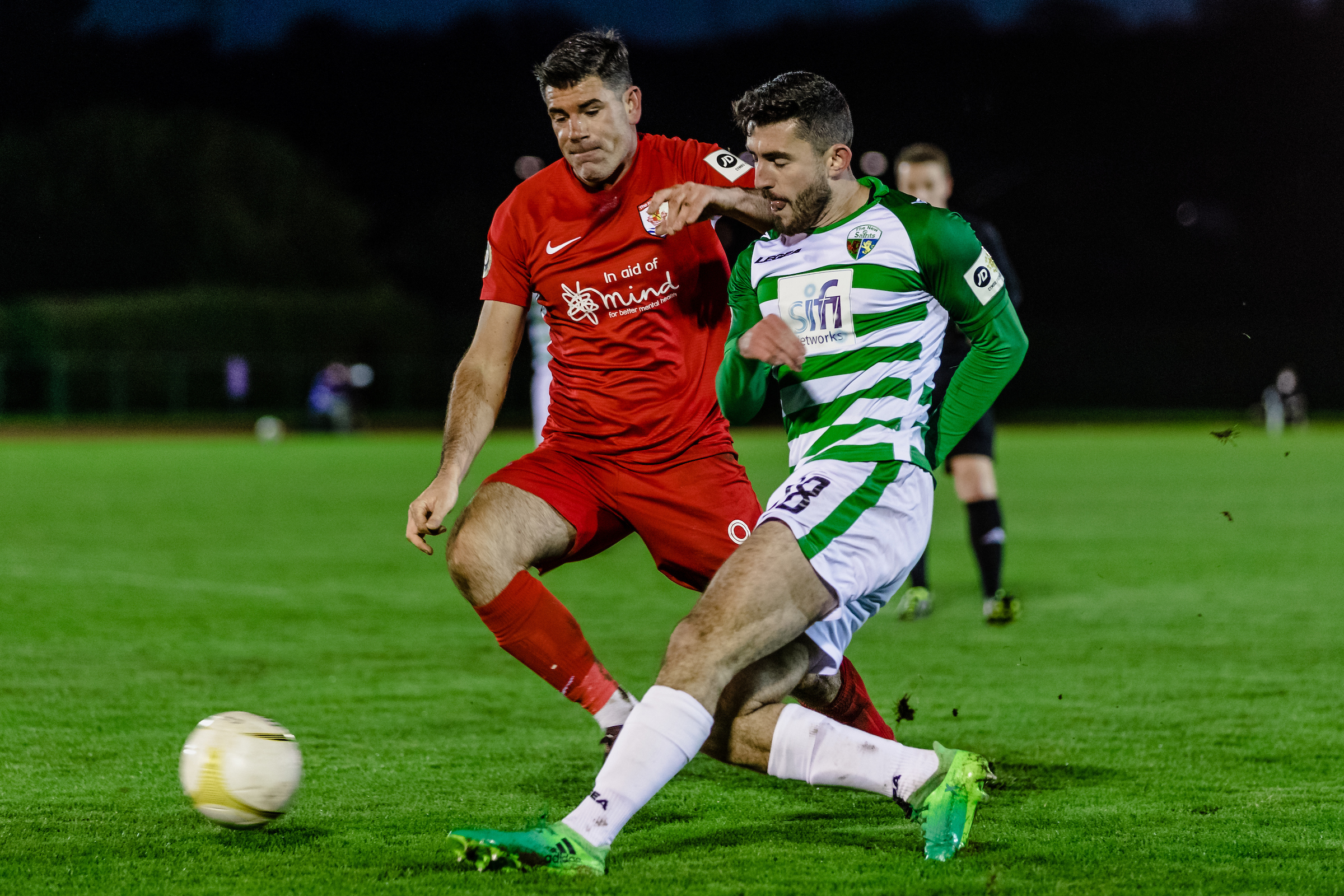 Connah’s Quay and The New Saints are looking to return to winning ways this evening as the JD Cymru Premier title race stops off in south Wales.

The two title challengers make respective journeys to Barry Town and Penybont in the knowledge there is no margin for error, with only three games of the season remaining.

A tense goalless draw on the weekend kept Connah’s Quay’s slender two-point lead intact and Andy Morrison has called on his team to remain focused against fifth-placed Barry, while his counterpart Anthony Limbrick insists the pressure is now on the Nomads to win the title.

“We head to Barry with everything to play for – our victory over TNS at Park Hall ten days ago has given us the edge in the title race,” said Morrison. “With three games to play, we have to focus on performance and trust in the process that brought us the title last season and also has kept us at the top of the league this season.”

Barry Town suffered their third defeat on the bounce at home to Bala Town on Saturday and Gavin Chesterfield will be urging his side to rediscover their form ahead of the end of season play-offs, where the side still have ambitions of reaching Europe for the third-straight year.

The New Saints remain on Connah’s Quay’s coattails ahead of their visit to Penybont, despite taking just two points from a possible nine although the title race is essentially out of the Saints’ hands.

Penybont have evolved into one of the league’s most effective sides under Rhys Griffiths this season and having been shut-out in their last two games, The New Saints urgently need to rediscover their ability to break down teams and convert chances if they are to maintain pressure on Connah’s Quay.

“We are disappointed we’ve got two draws from the last two games, but I don’t think it’s through lack of effort or trying,,” said head coach Anthony Limbrick, who believes that the pressure is now on Connah’s Quay to finish the season as champions.

“We would’ve liked to have got more points as it makes it difficult that it’s out of hands.

“[Connah’s Quay] need to make sure they win these next three games and if they do so, they’ll deservedly win the title.

“It’ll be up to them to get the points and to win the title from the position that they’re in.”

A win for Newtown over Cardiff Met will secure the Robins top-spot in the Play-Off Conference and clinch them a play-off place.

Chris Hughes’ side remain unbeaten since the split having won six of their seven games in Phase 2, overtaking Haverfordwest County in the process.

Cardiff Met had endured a relatively disappointing campaign until a six-game unbeaten run sparked the Archers back into life.

In the other Play-Off Conference games, Aberystwyth face Haverfordwest and Cefn Druids are coming off an unwanted run of six-straight defeats going into their game against Flint Town United.