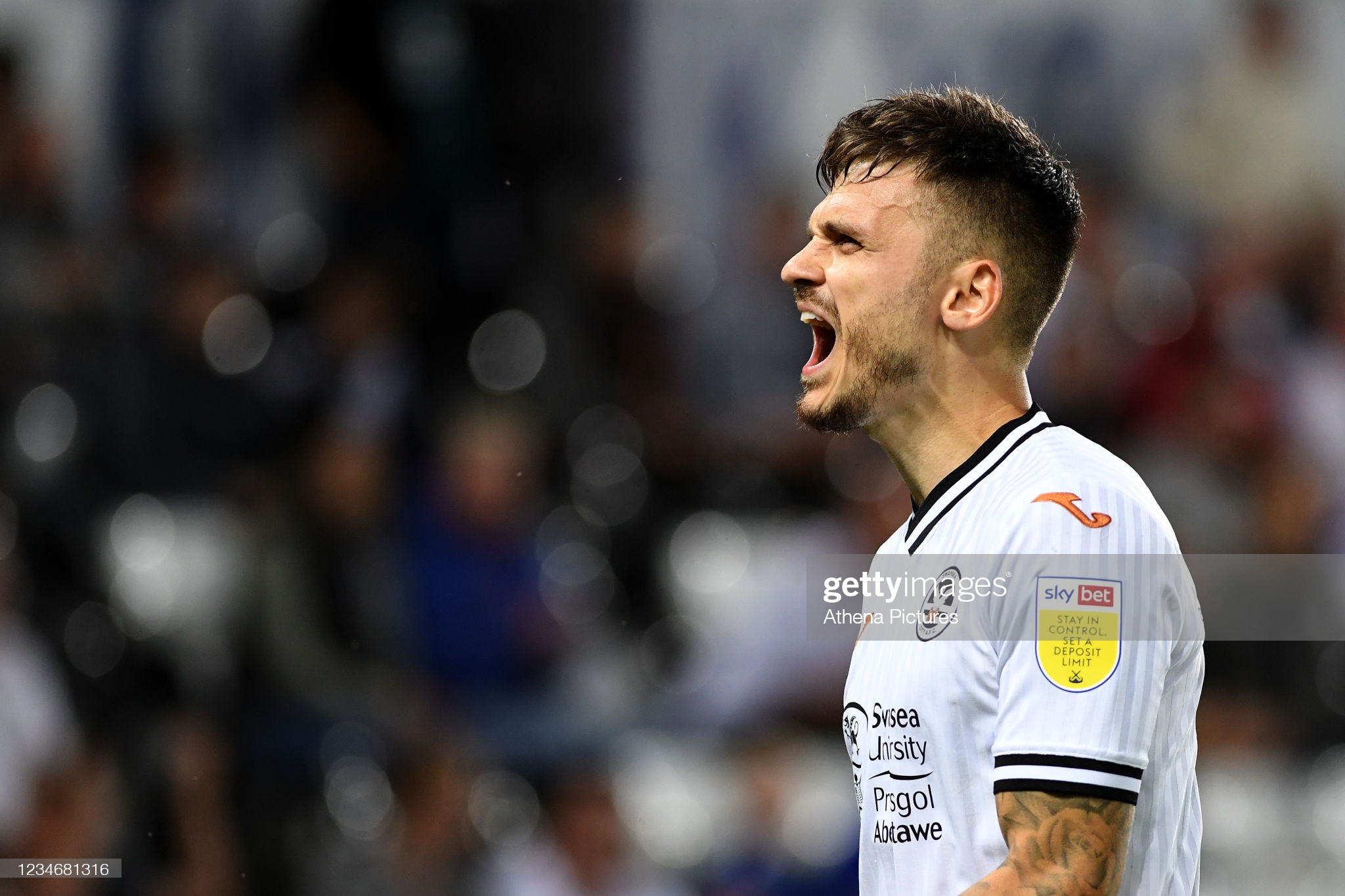 Paterson, so influential for the Swans pre-Christmas, has missed the six last games after seemingly falling out with the club over the terms of his one-year contract extension, that was triggered by his employers earlier this month.

It seemed inevitable the 31-year-old would be heading out of South Wales in the transfer window, but despite interest from QPR, a move never materialised.

His absence was again evident against The Hatters on Tuesday night, with the now familiar tale of the hosts enjoying an abundance of possession but lacking creativity in the final third, with Martin’s men eventually undone by Harry Cornick’s 72nd minute goal.

Afterwards however, Martin confirmed Paterson would be in the frame for Saturday’s home game with Blackburn, and also defended the midfielder amid rumours he had refused to play at any point.

Martin also insisted he and the former Bristol City player had not been at loggerheads.

What a great goal by Jamie Paterson / assist from Piroe 🔥pic.twitter.com/wQyq7QTPrv

“We had a brilliant chat, I’ve said all along I don’t blame him and we have never fallen out, our relationship hasn’t been affected,” he said.

“But he’s still here and like a new signing. It’s brilliant he’s stayed.”

Martin added Paterson, a free agent last summer, had not been “in the right frame of mind to play” but did confirm he’d be back training with his team-mates on Wednesday, with a view to being involved this weekend.

He also revealed the saga had profoundly affected the player.

“He needs some time to get back up to speed. He hasn’t been well, he’s not been the same guy at all.

“He’s a big character and we’ve seen that slowly eroding. He hasn’t been fined. He’s been mentally and physically not feeling well. I don’t blame him for it one bit.

“I have been disappointed by it, I have been hurt by it, but he’s back and hopefully will be back quickly.

“He’s been where he was in the summer, in a really bad place. Many footballers don’t want to talk about it when they are out of contract, or feel they have been let down or there is a lack of trust. I don’t judge him for that and no-one should.”

Luton Town manager and former Bluebirds youth player Nathan Jones was jumping for joy with the fans last night after their 1-0 victory against Swansea City… pic.twitter.com/yIwV0GBuK3

It was a night of frustration for the hosts, who after enduring some nervy early moments as James Bree twice fired across goal, blew a golden chance to lead when Michael Obafemi’s close-range shot was blocked by the leg of QPR keeper James Shea – before new signing Hannes Wolf also went close.

Early in the second half Ben Cabango headed against the post before the visitors struck the decisive blow when substitute Connick latched onto Cameron Jerome’s pass inside to finish sublimely into the far top-corner.

Martin was left praising the display, but lamenting a result which leaves his side with just one win from eight league games.

“I think we were the better team. We had three huge chances and don’t score,” he said.

“We had a lot of the ball but we have to make more of it, and unfortunately at the moment, the final third is not quite there, it’s not clicking.”

Match-winner Harry Cornick showed his appreciation for @markcrowther66 shortly after the final whistle! 👏

Despite a low key transfer window – during which they made just one loan signing – Luton have climbed to ninth in the table and are just three points from sixth place after their fifth victory in eight matches.

“I love coming home to God’s country and this was a magnificent win to cap a great month,” said Luton’s Welsh manager Nathan Jones.

“Our tactical awareness was wonderful. We were strong, aggressive, disciplined and clinical.

“Then the game-changers came on and won us the game, so it was a complete away performance. We are close to the play-off positions. It’s only three points and we have a game in hand so we just have to keep getting points.”