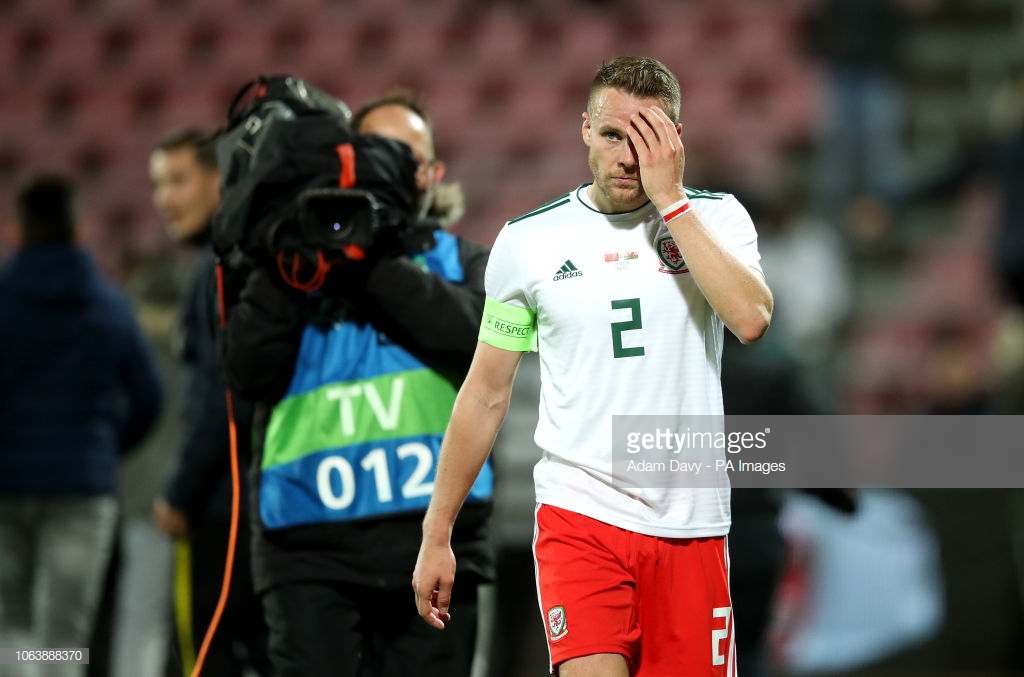 Ryan Giggs suffered a nasty reminder of the bad old days as Wales stumbled to a 1-0 defeat to Albania.

The manager must hope it was a one-off embarrassment, a hangover from the disappointment of the way the Nations League campaign ended as his first year in charge ended on a low note in Elbasan.

Albania are ranked 42 spots below 18th-placed Wales in the FIFA rankings, had scored only twice in their previous eight games and were fresh from losing 4-0 at home to Scotland in the Nations League.

But Bekim Balaj’s 59th-minute penalty condemned Wales to a shock friendly international defeat and damaged confidence ahead of the start of the 2020 European Championship qualifiers in March.

Not even the presence of Gareth Bale, sent on as a substitute on the hour mark, could prevent a fifth loss in nine games under Giggs, and the Real Madrid forward’s unhappy appearance was compounded by a late booking.

The result tarnished what was a historic evening with Chris Gunter becoming Wales’ most-capped player and wearing the armband to mark the occasion.

But it was also a night when youth was given its head with Anderlecht defender James Lawrence and Swansea wideman Dan James making debuts, while exciting Manchester City teenager Rabbi Matondo arrived late on for his first cap.

Albania made five changes from their sobering defeat to Scotland on Saturday which confirmed their relegation to League D of the Nations League.

But captain Mergim Mavraj started after being sent off for head-butting Scotland’s Ryan Christie, while manager Christian Panucci took his place in the dugout despite pre-match reports suggesting that the former Italy defender had been sacked.

The contest had clearly not caught the imagination of the Albanian public, and the hosts were possibly outnumbered by the 1,800-plus Wales fans who had made the trip.

Wales asserted command from the early exchanges and debutants Lawrence and James combined for Sam Vokes to head over under pressure.

David Brooks saw an effort deflected wide and Harry Wilson just missed the target with a free-kick from the sort of range that he had punished the Republic of Ireland from last month.

Brooks went close again when he glanced Wilson’s header before the game took an unsavoury turn past the half-hour mark.

Taulant Xhaka, brother of Arsenal midfielder Grant, fouled Brooks and then moved his head towards the Bournemouth forward.

Xhaka appeared to make contact with Brooks and was fortunate that the card that the Macedonian referee Dejan Jakimovski produced was yellow, and not red.

Brooks was clearly taken aback by Xhaka’s aggression, but it was his threaded through ball to Vokes on the stroke of half-time that would have broken the deadlock but for the legs of home goalkeeper Ertit Berisha.

Wales started the second half where they had finished the first as Vokes met Tom Lockyer’s header but sent his close-range effort straight at Berisha.

But Wales fell behind when Wilson was adjudged to have tugged Xhaka and Balaj dispatched Albania’s first shot on goal for the lead.

Bale was immediately sent on to rescue the situation, but Myrto Uzuni almost added to Wales’ embarrassment moments later.

Wales felt they should have had a penalty when Migjen Bash appeared to take out Wilson, but their legitimate claims were ignored.

Uzuni missed again badly from eight yards and – despite Matondo hinting in his brief cameo that he has an exciting future ahead of him – Wales failed to find redemption.