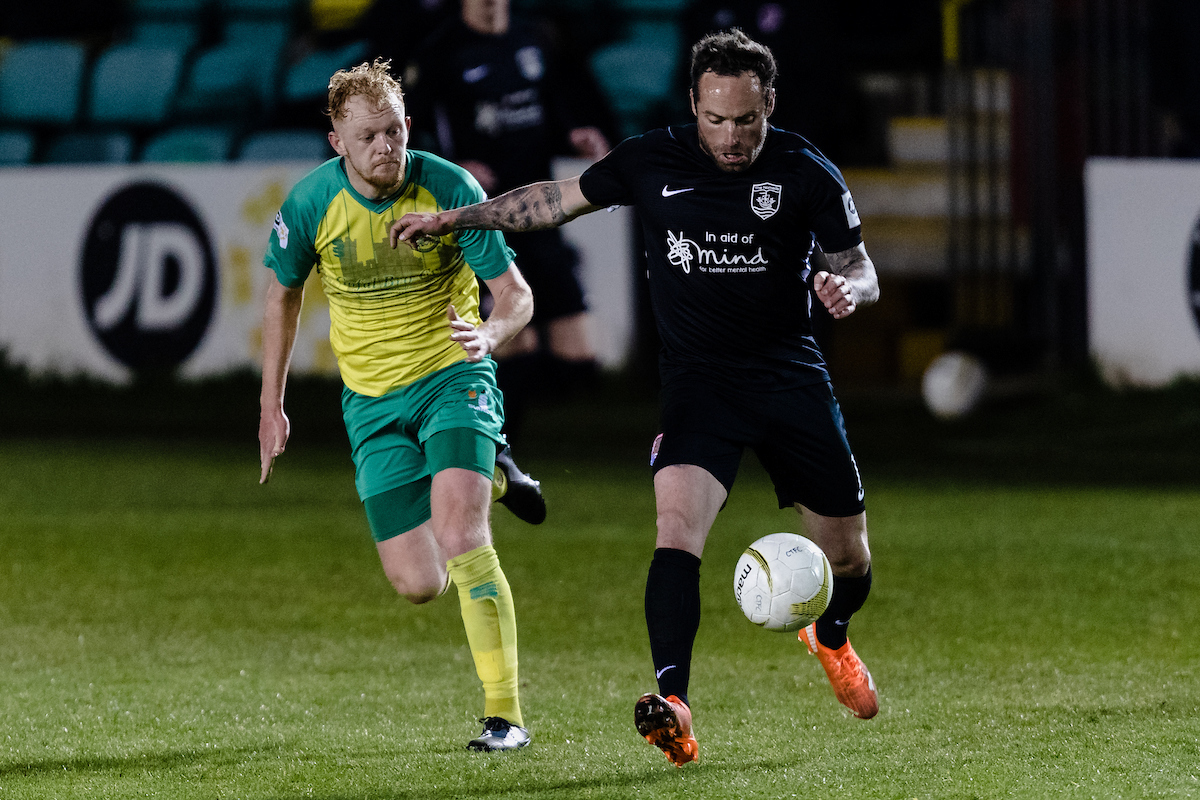 Connah’s Quay will know whether the Cymru Premier title is within their grasp by the time tomorrow afternoon’s late match against Caernarfon Town starts (5.15, live on Sgorio).

Anything less than a win for The New Saints in their earlier game against Barry Town (2:30) would leave Connah’s Quay within three points of retaining the league championship on the penultimate weekend of the season.

Caernarfon underlined the threat they present to Connah’s Quay’s title ambitions with a fine 3-0 win over third-placed Bala Town that keeps spirits and momentum high with the play-offs approaching.

And an upset against the Nomads would not be the first time Huw Griffiths’ side have meddled in the title run-in this season.

It was the Cofi’s defiant performance, two weeks ago, that held The New Saints to a goalless draw which allowed Connah’s Quay to pull two-points clear at the top of the table.

Ex-Connah’s Quay keeper Lewis Brass played a starring role for Caernarfon that night and Andy Morrison is wary of the threat that he and a number of ex-Nomad players pose against their former club.

“We’ve got the heightened expectations of a team coming to play the champions and they can have an influence in the way the league goes.

“We know how difficult it’s going to be – there’s a few ex-players coming back in Lewis Brass, Noah Edwards, Michael Parker, Jack Kenny so there’s always that little bit of spice when you go back to your old club.

“We know what’s coming, we know how tough it’s going to be, so we’ll have to be right at the top of our game against Caernarfon because they’ll be wanting to go into the play-offs on the front-foot and in form”, he said.

The New Saints will be looking to build on their second-half display against Penybont for the visit of Barry Town to Park Hall.

Question marks were raised when The New Saints fell to a defeat and successive goalless draws prior to facing Penybont, but Saints set the tone for their remaining games after regaining their confidence in a assured performance against Rhys Griffiths’ side.

Newtown meanwhile will have another opportunity to win the Play-Off Conference after suffering a 3-2 defeat to Cardiff Met midweek.

That result gave the Archers a glimmer of hope of upstaging the Robins, but a five-point margin leaves Newtown’s fate very much in their own hands, and even a point from their match at Haverfordwest County should realistically be enough, if not mathematically.

To keep any lingering play-off hopes alive, Cardiff Met will need to capitalise on Cefn Druids’ defensive shortcomings in their meeting at Cyncoed. Cardiff Met have a minus-6 goal differential and a series of heavy defeats for the Druids of late will only add to the students motivation.