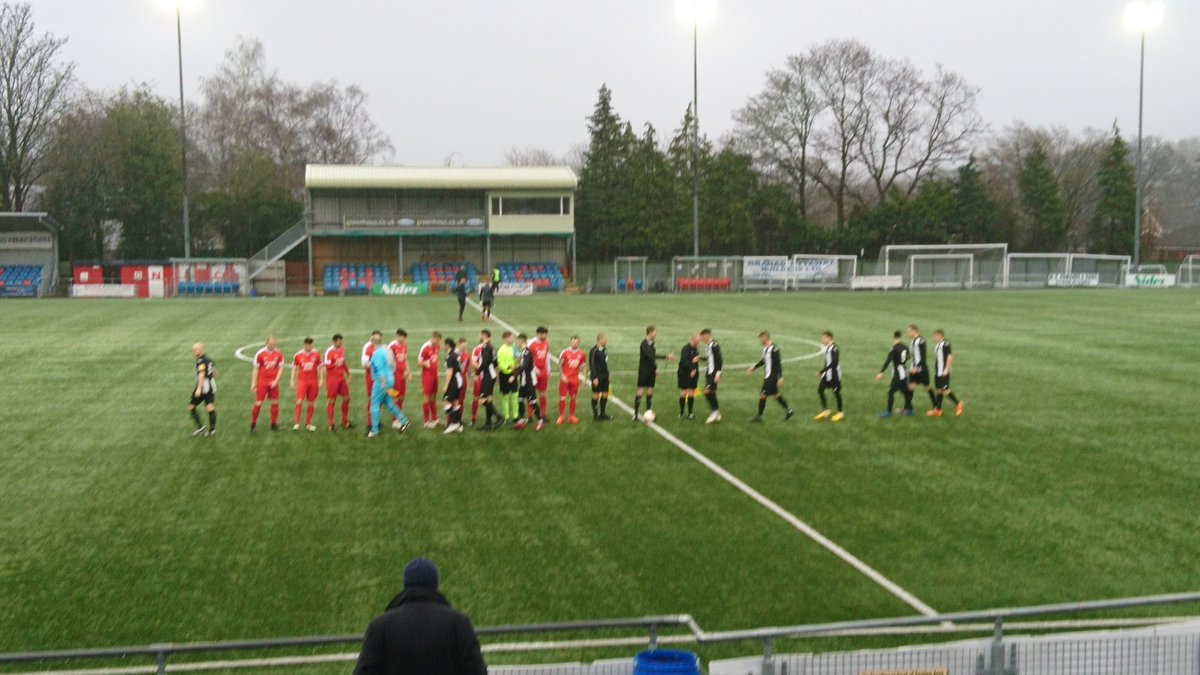 Bodedern Athletic (red) and Pontardawe before kick-off in Newtown.

That’s a North v South battle which is likely to be played at Latham Park, Newtown or Aberystwyth FC.

Pontardawe cruised through their semi-final at Newtown AFC after opponents Bodedern had goalkeeper Jordan Taylor sent off after 41 minutes.

Outfield player Shaun Jenkins took the gloves because the Anglesey-based team did not have a substitute goalkeeper and he could not keep the dominant South Walians out.

Tomos Blizzard scored from the spot-kick conceded by Taylor’s challenge which resulted in a red card and the same player netted again within 60 seconds.

Pontardawe led 2-0 at half-time with Kurtis Rees (2) and Liam Griffiths scoring second half goals for Pontardawe, who were composed and controlled throughout the 90 minutes.

Captain Craig Davies, a former Garden Village and Afan Lido player, ran the show from his position in the back four, dictating play and barking out instructions.

Bodedern, to their credit, kept working, but they were no match for the 11-men of Pontardawe. Davies and his team passed the ball with an assured accuracy and earned their place in the final.

It is a major feat for the club after entering the FAW Trophy for the first time this season.