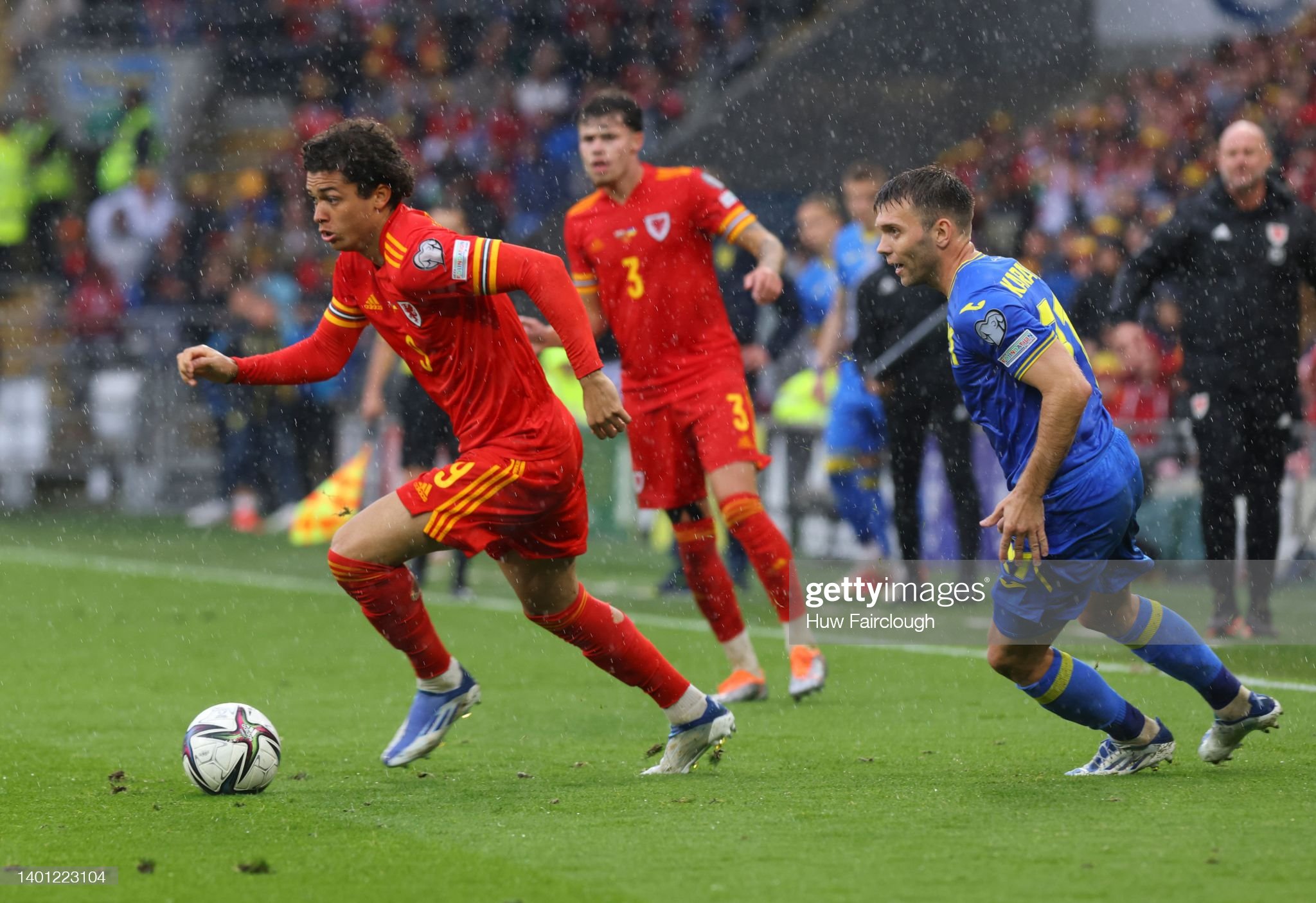 Brennan Johnson has had a tremendous season. Pic: Getty mages.

Brennan Johnson believes playing Premier League football at Nottingham Forest will boost his ambition of starting for Wales at the World Cup.

Johnson scored 19 goals last season to help fire Forest into the top flight and is one of the most exciting talents to emerge in Welsh football for several years.

But the 21-year-old has yet to establish himself as a regular starter for the national team, again appearing as a late substitute on Sunday as Wales beat Ukraine to qualify for a first World Cup since 1958.

Seeing the boys who are in the Premier League and doing well, it puts them in good stead to play in these big games,” said Johnson, who is expected to start Wales’ Nations League game against Holland in Cardiff on Wednesday.

Now I’ll be doing it, I will be testing myself against good players every week in the Premier League.

“So when I come into these Wales games I’ll have better experience of playing at the highest level.

“The more club games I can impress in, it makes you want to start. It only helps.”

Johnson was the subject of a reported £18million bid from Brentford in January, but chose to stay at his hometown club for whom his father David played for between 2001 and 2006.

He was named the Championship’s Young Player of the Season at the EFL awards and had been tipped for a Premier League move even if Forest had failed to beat Huddersfield in the play-off final at Wembley.

Johnson said: “There were a lot of games in January and I didn’t have too much time to think about it (his future).

There was a short period when it did become a thing, what I was going to do, but in my head I always wanted to stay.

“I believed in the team, that we had a real good chance of going up.

we weren’t too high in the league I knew we had the players to really push on. I’m happy I made that decision.

“I knew this season I had the capabilities to play in the Premier League.

“To do it with Forest is so much better and it’s definitely going to help me in terms of my Wales career as well.”

“He’s (Gareth Bale) such a good player and I pick up little things from him daily from every session.

“When I’m on the bench, I’m watching little things he does in games. The way he gets past people is something I want to do in my game.”#NFFC pic.twitter.com/WiSufiK2LA

“He’s such a good player and I pick up little things from him daily from every session,” said Johnson.

“When I’m on the bench, I’m watching little things he does in games.

“The way he gets past people is something I want to do in my game.”