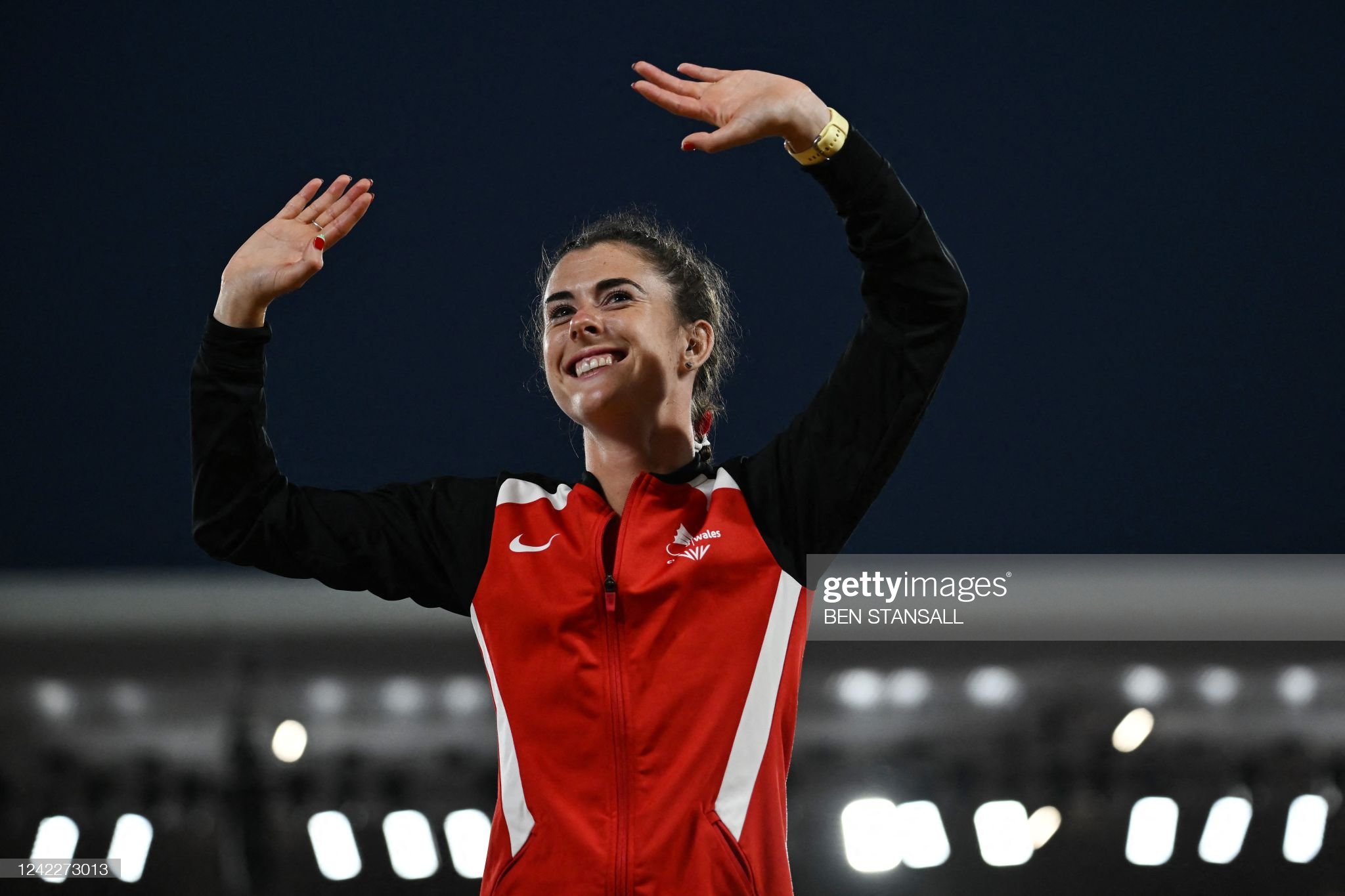 Sport, and life in general, is all about standout moments.

For many, the singular moment of the Commonwealth Games 2022 involved Welsh athlete Olivia Breen.

If we are being picky, then three different moments from Breen encapsulated everything that is good about sport.

Firstly, the 26-year-old defied the odds as she came from behind to claim a sensational victory by defeating rival and favourite Sophie Hahn, registering a personal best time of 12.83s to win gold in the T38 100m.

If that wasn’t enough, Breen placed herself in the hearts of TV viewers worldwide with her jubilant trackside interview after she had finished her lap of honour, proudly waving the Welsh flag.

“I’m absolutely over the moon,” said Breen, who was born with Cerebral Palsy.

“I want to say thank you to all my team for believing in me, and I’ve just kept going. Obviously, I’ve had days: ‘Why am I doing this?’ We all have. But you just have to keep going. It will come eventually. I’m just ecstatic!” she added.

Then came the moment when Breen did remarkably well to fight off tears of joy as she stood proudly on top of the winner’s podium as the Welsh flag was raised and the strains of Hen Wlad Fy Nhadau drifted into the distance in Birmingham.

The Commonwealth Games are the only major multi-sport event with an integrated para programme and this year was the most significant in history, with 43 events across eight sports.

Watching para athletes compete at the same Games as other athletes helped to highlight their abilities and not their disabilities in a way that hasn’t been witnessed on this scale before.

One such youngster is eight-year-old aspiring athlete Sienna Allen-Chaplin.

Sienna, who has Cerebral Palsy, which affects both sides of her body, has participated in a wide range of sports such as triathlons, swimming, running, gymnastics and powerlifting.

The Swansea youngster met Breen three years ago at the Superhero Triathlon event in Windsor. She has followed her athletics career ever since and was lucky enough to be in attendance at Alexandra Palace Stadium as Breen struck gold.

Breen took time following her golden race celebrations to chat quickly with her No.1 fan and let her wear her gold medal.

“I really liked meeting her and wearing her medal. I felt really happy, and I can’t wait to tell all my friends in school when I go back after the summer,” said Sienna.

“My favourite sports are gymnastics and running. I would like to be in the Commonwealth Games and Paralympics – but not until I’m much older,” said Sienna.

Athletes have the ability to inspire, and the fact that Olivia Breen let a young fan share in what was the most significant moment of her life spoke volumes of her as a person, not just a world-class athlete.

“Sienna has loved every moment, and meeting Oliva and wearing the medal was a moment she will never forget,” said Sienna’s mother, Joanne.

“Sienna attends mainstream schools, and her sports clubs are also mainstream, so she doesn’t see many adults or children like herself. So, being able to see sports people with similar disabilities and what can be achieved is hugely beneficial for her.”

Breen’s classy and selfless actions are memories that no amount of money in the world can buy for Sienna and her family.

In 2012, para athletes were still heralded as ‘inspirations’ who were there to provide a warm, fussy feeling to the British public – but not seen as world-class athletes.

Following London 2012, if a disabled person was spotted out and about doing a spot of shopping, they were hailed as an ‘inspiration to us all’ – the sentiments were well-meaning, but highly patronising just the same.

Things really ramped up if someone with a disability were seen in their local swimming pool. That surely meant they were training to become the next Sacha Kindred – in truth, they were probably just out for a leisurely dip.

The general public seemed to fail to grasp back then that the likes of Kindred – who has competed in six  Paralympic Games, winning 13 medals, including seven gold medals – are world-class athletes.

Ten years on, the Commonwealth Games 2022 helped to show that athletes are athletes regardless of disability or otherwise.

The Para sport programme at the Commonwealth Games has been a huge success and has led to calls for greater integration.

However, the 2024 Paris Paralympics will have 549 medal events with around 4,400 athletes plus support staff in attendance.

“On a practical level, I don’t think there is a city in the world that could hold a combined Olympics and Paralympic Games,” said Welsh Paralympic legend Baroness Tanni Grey-Thompson.

“There are 10,000 athletes at an Olympics and about 4,500 at a Paralympics, and the increased cost would end up being a programme of about a month.”

“So, in reality, you would have to cut events, and what would you cut?” she asked.

“It would have to be a smaller Games, and spectators wouldn’t be able to watch as many disabled people take part.

“People in Birmingham have loved watching disabled people competing [at the Commonwealth Games], so we have to keep building the profile of the Paralympics to get people coming and watching Para-athletes,” she added.

Both sides of the argument for having all athletes competing at the Olympic Games have their merits. But, as someone once said, it is all about: “Education, Education and Education”.

As Birmingham 2022 showed, the general public’s mindset is shifting regarding how they view para athletes, but there is still a long way to go.

Will we ever arrive at a point where the Paralympics is afforded the same prestige as the Olympics by TV and the press?

Probably not, but it doesn’t mean we shouldn’t stop striving to reach that goal.

One thought on “Olivia Breen Inspires Sienna To Dream . . . And Shows The True Value Of Integrating Para Sport At Major Games”