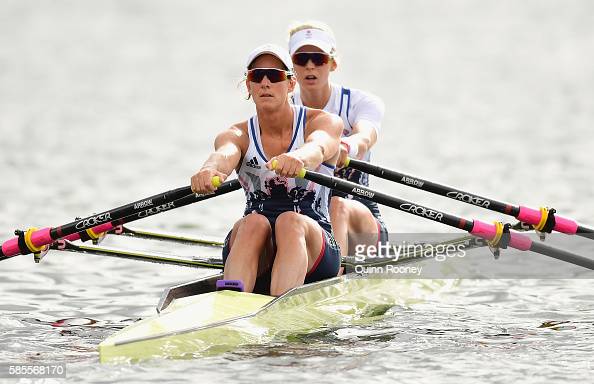 Olympic silver medalist Vicky Thornley has insisted she is retiring from rowing with no regrets.

The Welsh rower has opted to call it a day but says she will leave the sport fulfilled with a raft of honours and a lifetime of experiences along the way.

Thornley represented Team GB at three Olympic Games during her professional career – in 2012, 2016 and 2020.

She finished fifth as part of the women’s eight at London 2012 and came fourth in the single sculls in Tokyo this summer, but split those with a memorable silver medal at Rio 2016.

Competing alongside Dame Katherine Grainger in Rio, the Wrexham star crossed the line second in the double sculls to ensure that Grainger bowed out of rowing with a fifth Olympic medal.

Thornley also has two World Championship and three European Champs medals to her name and leaves the sport more than content with what she achieved during a distinguished career.

“After 11 years in the British Rowing Team it is time to step out of the boat,” the 33-year-old posted on Instagram.

“I always knew this decision wouldn&#39;t be easy and it&#39;s incredibly emotional to write this, it makes it real. However, I always said I wanted to walk away knowing hand on heart I had given it everything, mind, body and soul. I did that.

“You are only as good as your last race and mine was 4th in the single scull at Tokyo 2020. Some may say it is the hardest place to finish, but I showed the best of myself over that eight-day regatta.

“Delivering everything I had learnt over 14 years under the biggest pressure. I am proud of that.

“Three Olympic Games, 1 Olympic silver medal, European Champion, and World Championship medals. From the biggest boat, the women’s eight to the smallest, the women’s single. I have rowed with and worked alongside some of the most driven and focused people on the planet, something I am truly grateful for.

“The friends I have met through the world of sport and especially the wonderful sport of rowing will be life long, the power of sport really creates an unbreakable bond.”

The time has come. It’s been a ride! See photos for a few more words 😊 pic.twitter.com/JzxhxbZCqD

Thornley married fellow Olympic rower Ric Edgington in 2020 and while she didn’t reveal exactly what would come next, she is excited by what post-rowing life might hold.

“I first sat in a boat on the 1st November 2007. The 14 years that followed have been the most rewarding/devastating/ecstatic/heart wrenching of my life and I have loved every minute,” added Thornley.

“Even in my lowest moments, I knew they were the times I would look back on in a year or ten years’ time, knowing they made me a better athlete and more resilient person.

“There is an immense amount of people to thank for making it so enjoyable and for helping and supporting me to become the best athlete I could be. Family, friends, teammates, coaches, support staff, you know who you are, thank you!

“So now it is on to pastures new. New opportunities and a sense of freedom to learn and explore life through a different lens. I am looking forward to what is next.”