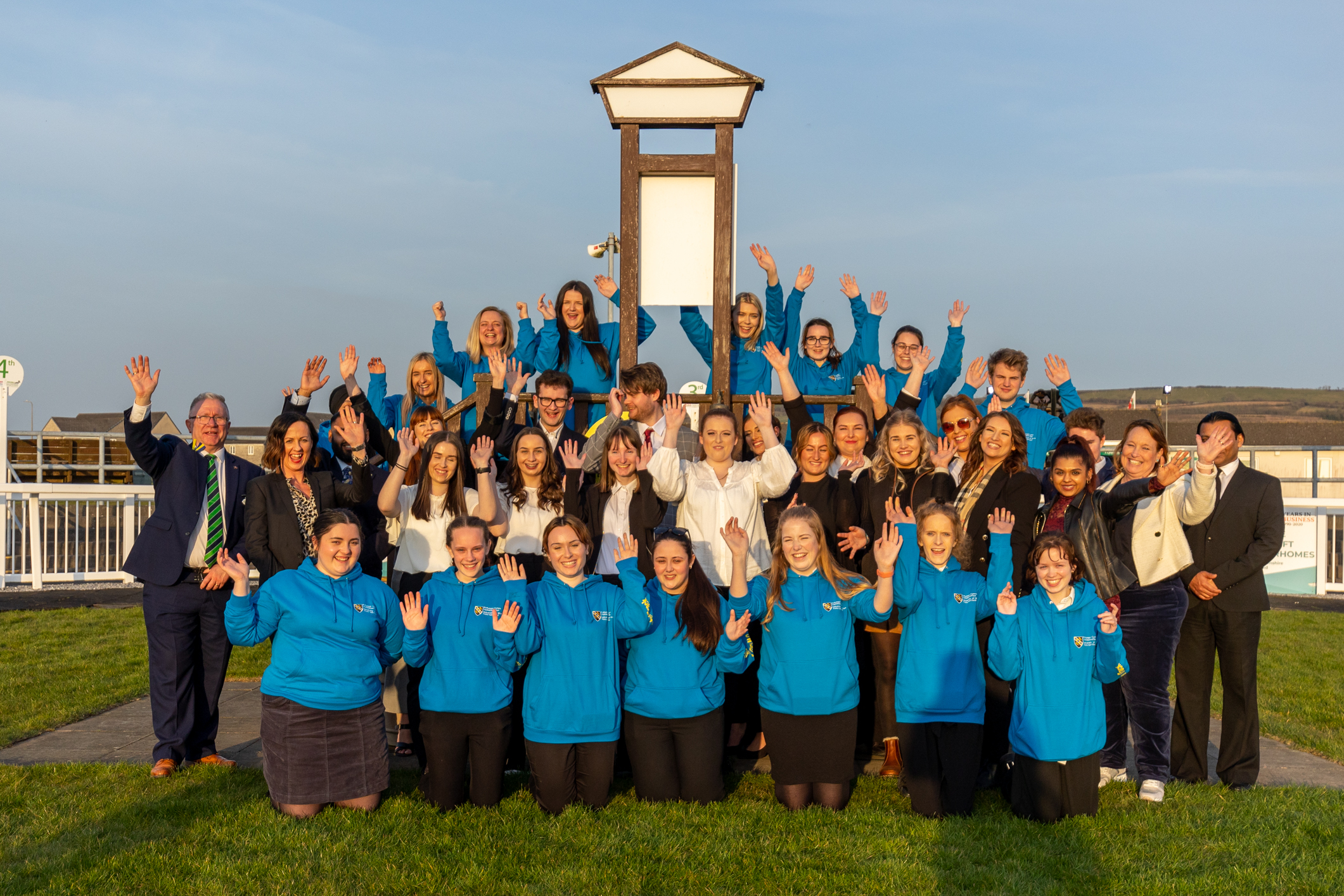 Students who took charge of Ffos Las for race day in a ground-breaking collaboration have been congratulated on a job well done.

The group helped manage the entire operation for the Match 23 meeting, working across a variety of roles from general manager to organising kitchen staff.

Working alongside new Ffos Las general manager Kevin Hire, the tourism and events students from the University of Wales Trinity Saint David (UWTSD) rolled up their sleeves and got stuck in to help produce a memorable day’s racing for the public in glorious early spring sunshine.

“Chepstow have run student events before but to my knowledge, this is the first time students have actually taken over the complete running of a race track.

“We have dome similar things, but we have never pulled off something quite like the before.

“It went so much better than I ever dreamt it could and it was great to hear Kevin tells us at the end, ‘See you next year.’”

The original idea was for the students to take charge in April 2020, but the Covid pandemic put paid to that.

Some of the original plan had to be scaled back, but the three year groups of students were all involved in a variety of roles.

The second year students had spent months drawing up planning, recruitment and training provision as well as risk assessments in an overall planning document.

They also took over marketing, social media and other commercial operations – selling tables in the restaurant and sponsorship.

Anyone wanting to check out the success of their social media marketing campaign should look for #ManageTheTrack on Twitter and TikTok.

Other students were looking after guests and sponsors around the parade ring, while the first year students took on operational roles such as meet and greet, the handing out of race cards and guiding people around the course.

What a great community link-up last week between @FfosLasRC and @UWTSD when students helped manage one of our race days. Thank you to everyone who made this happen, here’s the story – https://t.co/MHAMzGhzqZ pic.twitter.com/HrVMAPHOq6

UWTSD students have previously hosted conferences and events throughout Wales, but Jacqui added: “This was the first time we have hosted a major sporting event.

“But, hopefully, it will be the first of many.

“Ffos Las have been brilliant and they know they are helping build the industry leaders of the future.

“Our students have gone on to run music concerts all around the world, F1 motor racing and other major events.

“These students who were at Ffos Las are following in their footsteps.”