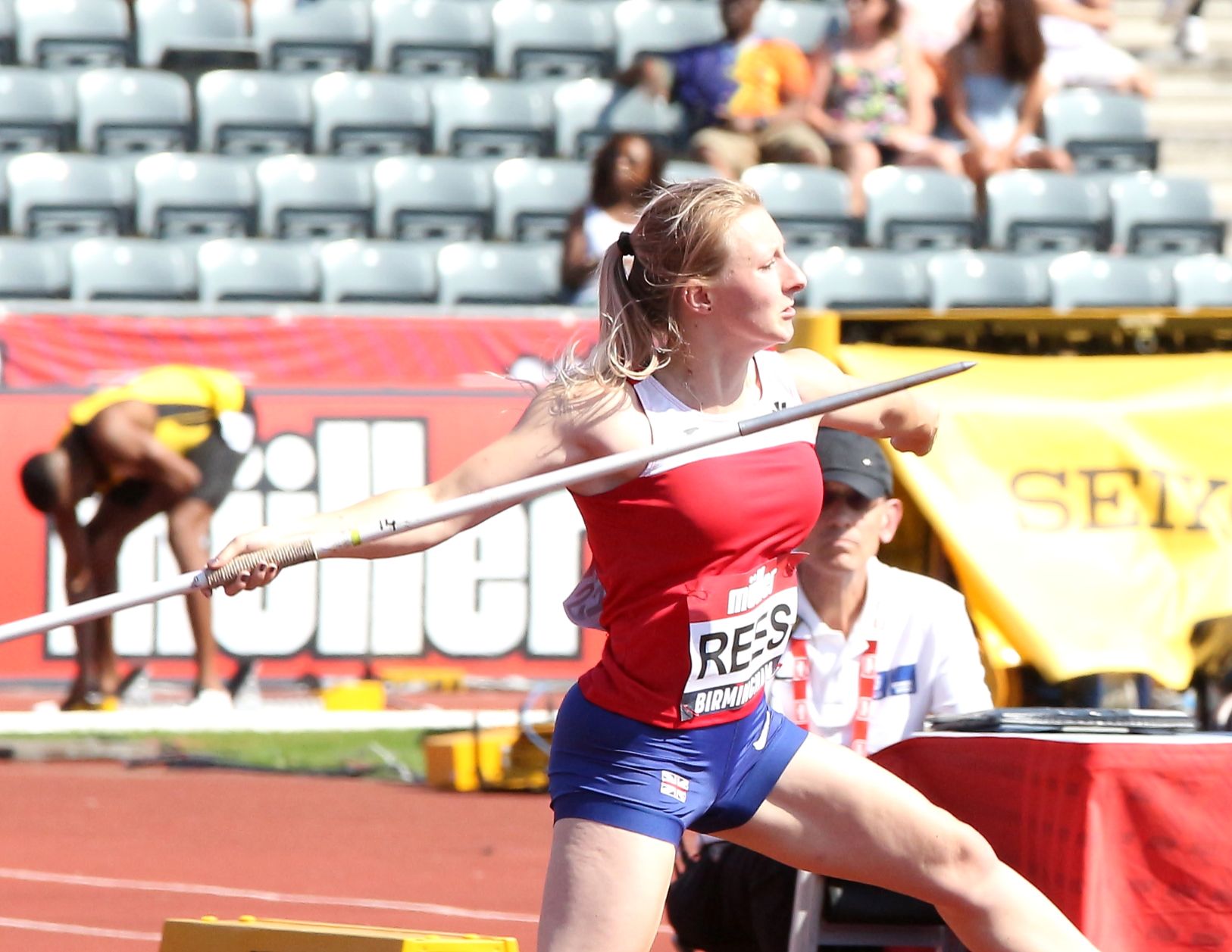 Bethan Rees on her way to a bronze medal in the javelin. Pic: Owen Morgan.

Welsh hammer thrower Osian Jones broke his own Welsh record for a remarkable fourth time this season as he claimed a bronze medal on a sizzling Sunday at the British Athletics Championships in Birmingham.

It was excellent day for Welsh athletes overall and the throwers in particular as Bethan Rees also claimed a bronze medal in the javelin.

Liverpool Harrier Jones has enjoyed an exceptional season which has seen him extend his record from 71.62 to 73.89m.

The latest record came in the last round of Sunday afternoon’s final, which was won by Nick Millar with a throw of 76.31m.

Jones said afterwards: “It’s a PB so I’m chuffed. I still have a bit more there. I’ve never got a podium here, so I’m very happy.”

The North Walian said his attentions will now turn to qualifying for the 2020 Olympic Games following a long, hard season. “For me it’s just about trying to get to Tokyo next year.”

In the javelin, 19-year-old Rees picked up her third bronze medal in as many years at the British Championships with a throw of 49.19m.

In the same competition Paralympic champion Hollie Arnold was delighted with a season’s best of 41.99m with exactly one year to go until the start of the Tokyo 2020 Paralympic Games.

“It’s so hot out there and it’s all about dealing with the conditions,” said Arnold. “This is only my second competition and I’m really happy to come away with basically 42m to my name. I still have a long season ahead of me and I’ll take that.

“It’s all about progression and today was all about technical work rather than distances. I’m happy with the distance as well, but there was some really positive stuff in there as well.”

There were also a number of other excellent performances by Welsh athletes on the second day of competition at Birmingham’s Alexander Stadium, which will now be redeveloped in readiness to host the 2022 Commonwealth Games.

Birchfield Harrier Melissa Roberts said goodbye to her home stadium by clocking 24.36 to qualify for a high class 200m final where she finished seventh in 24.40.

In the men’s 200m, 17-year-old Owain Lloyd Hughes clocked a new personal best of 21.32 in his heat, although it wasn’t enough to reach the final.

There was also a personal best for Sarah Abrams in an outstanding women’s long jump final. The Blackheath and Bromley athlete registered a leap of 6.39m as she finished in seventh place.

The 1500m final saw Amman Valley Harrier Jade Williams lead for much of the race before falling back in the final lap to finish ninth in a time of 4:27.49. Beth Kidger, of Brighton Phoenix finished one place behind in 4:28.49.

There was a strong Welsh contingent in the women’s 5000m final which was billed as one of the events of the day as it featured five athletes who had already achieved the qualifying time for next month’s World Athletics Championships in Doha.

One of those was Poole AC’s Melissa Courtney, who has enjoyed an outstanding season, including smashing her own Welsh 5000m record.

But as temperatures inside the stadium soared over 30 degrees, Courtney was one of four athletes who failed to finish.