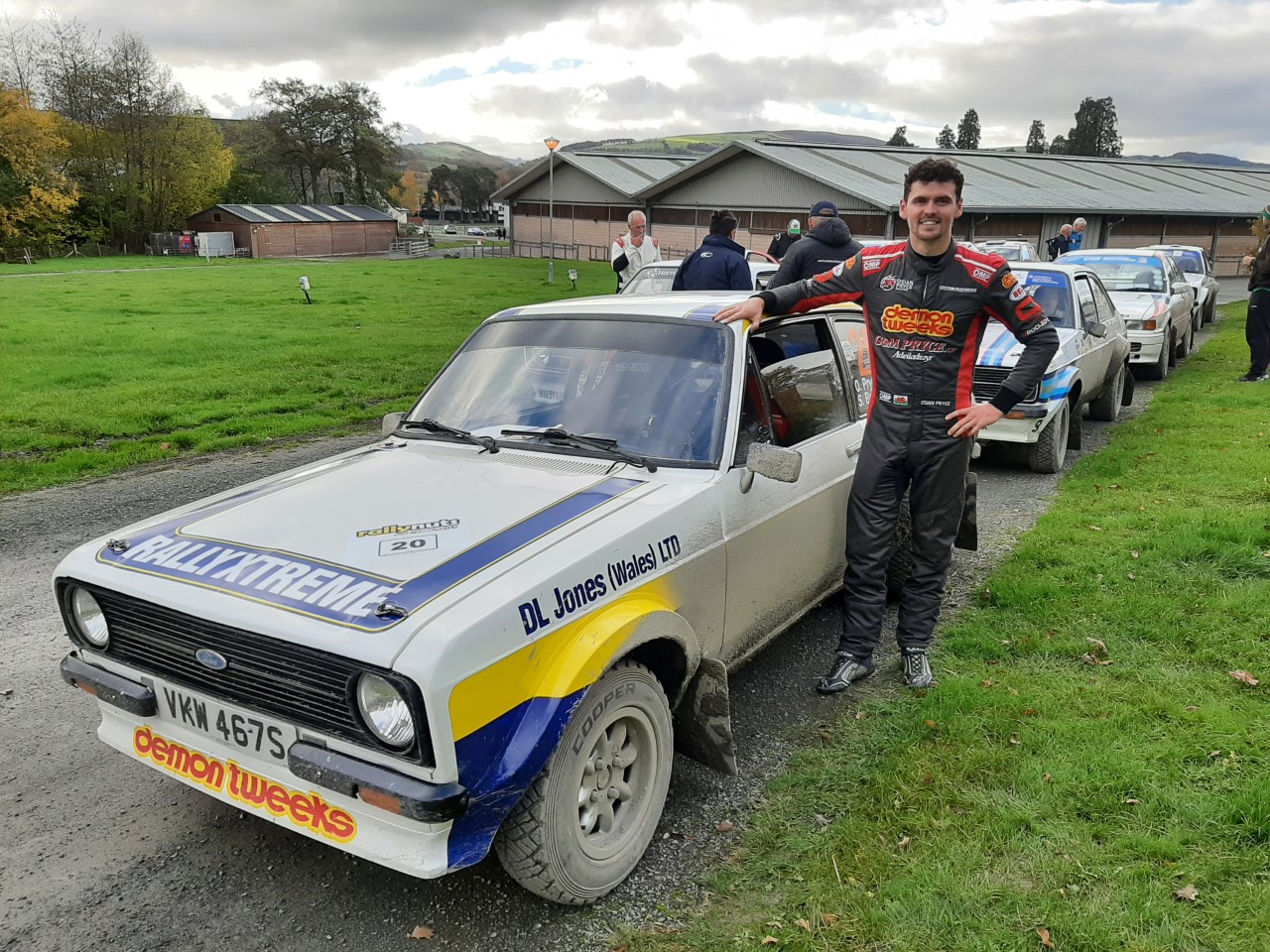 Osian Pryce and Jason Pritchard are joint-favourites to win the Roger Albert Clark Rally, which at 351 stage miles is the longest special stage rally to be held in the UK for 30 years.

The five-day event starts in Carlisle on Thursday afternoon with the final two days of competition on Sunday and Monday taking place in the mid-Wales forests near to where they both live.

Pryce and Pritchard have been unrivalled in historic rallying in recent years.

Pryce usual wins the historic section wherever he appears in an Escort Mk2.

He gave the RallyXtreme-prepared Ford which he’ll drive on the RAC Rally a shakedown run on the recent Rallynuts Stages and finished ninth overall and won the historic class by a massive 38 seconds.

Pritchard, who will drive a similar RS1800 built by Scott Williams Motorsport on the RAC Rally, is a double British historic rally champion.

Pryce narrowly missed out of the British Rally Championship title last weekend, rolling his Volkswagen Polo GTI R5 into a field on the penultimate stage.

Not one to dwell on disappointment, Pryce and his co-driver Noel O’Sullivan are looking forward to their first attempt at the RAC.

“The mindset ahead of the Roger Albert Clark couldn’t be more different from last weekend’s Ulster Rally of course, as we’re going there to have a lot of fun,” says Pryce.

“Compared to the Polo, there isn’t much you can do to an Mk2 Escort in terms of set-up and if you’re not doing well it’s because you’re not driving fast enough!

“I haven’t had a chance to look at any of the stages yet, but the plan will be to get through the first three days and make sure I get back into Wales.

“Sunday’s stages are in my back yard, so I’ll have a lot of friends and family out watching. They’ve supported me all through my career and especially this year, so I want to be there and put on a good show for them.

“It’s a good entry and there are some very good drivers out trying to win it.

“Whilst it’s a bit of fun, I have to admit that winning the RAC Rally would look very nice on my CV, so we’ll give it our best shot – as we always do.”

He and co-driver Phil Clarke went off the road in Kielder forest on their first attempt at the event in 2013.

You’ll be able to watch a round up of the action with special guest reports each evening over on the RAC Facebook, here:https://t.co/NVna7uxyzh pic.twitter.com/e5C5dTjp4b

Pritchard was leading in 2017 when he was forced out with a broken half shaft and in 2019 he finished second – denied a possible victory thanks to a puncture in Scotland that cost him a minute.

It’s exactly a month since Pritchard won his third straight Asphalt title in his North Road Garage Focus WRC so has been getting some pre-event testing done in his Escort Mk2 to ready himself ahead of the big event.

“The Roger Albert Clark Rally is the one rally out of all of them that I’d love to win,” admits Pritchard.

“It’s the biggest and most challenging event on the British rally calendar.

“The final two days are in Wales, which is fantastic for us – the only problem is that we have to get there, and there are some very long stages in the north of England and southern Scotland to survive before we arrive back into Wales.

“The aim is to arrive back in Wales battling for the lead and then clinch the win on home soil.

“And if we can do it, it will undoubtedly be the highlight of my career.”

There are other Welsh competitors who could challenge for victory, including Patrick Wales (Aberystwyth) who is co-driving for Roger Chilman, James Morgan (Llandysul) who is navigating for Rhys Yates and Osian Owen (Rhyl) who is guiding Steve Bennett. All three are in Escorts.

Ryland James (St Clears) will be navigating for Malcolm Rich (Brecon) in a Ford Anglia.

Having started co-driving in 1969, the event will celebrate an incredible milestone for Ryland in which he will have been rallying in seven different decades!

Another one to look out for will be Brynmor Pierce (Mold) who will be navigating for BBC’s Top Gear presenter Chris Harris in an Escort Mk2.

This year’s Roger Albert Clark Rally starts from in Carlisle on and goes straight into Kielder forest for the opening loop of stages.

The event stays in Kielder for Friday (26 November) with long and demanding stages like Pundershaw and Bewshaugh.

The event then heads into Scotland on Saturday for more classic tests such as Ae, Twiglees and Craik before a long road section brings crews into Wales for the final two days of competition.

The event finishes on Monday afternoon in Carmarthen town centre.