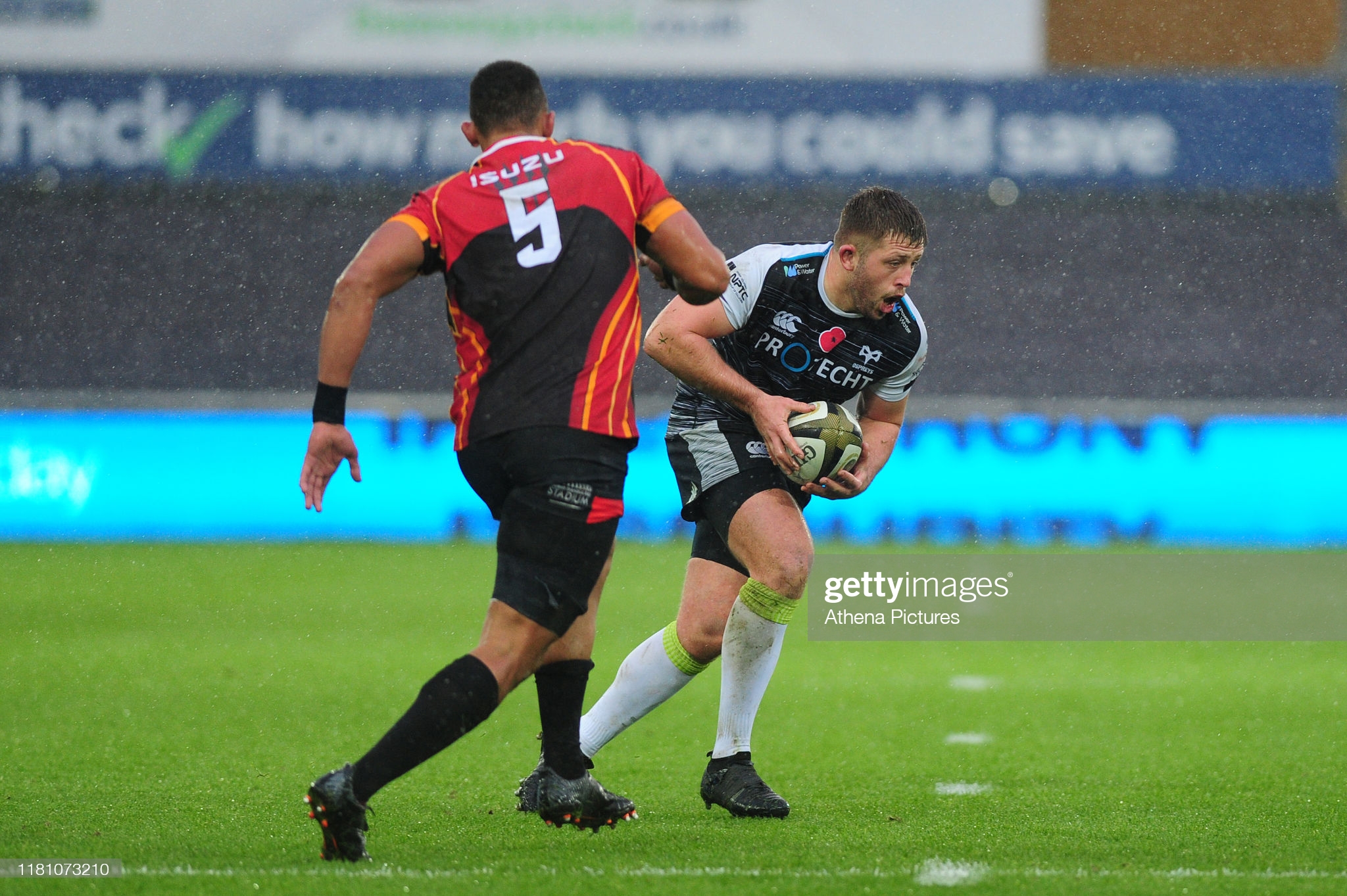 The 26-year-old Swansea-born forward – who has been with the Ospreys for a decade – suffered a serious neck injury against the Dragons in January.

“For me, retirement from rugby has come way too early,” said Otten.

“As a young kid it was always my dream to represent the Ospreys. I used to have a season ticket with my old man when I was playing for Waunarlwydd and through college, so it’s meant a lot to me.

“It’s been a dream come true and it’s just gut-wrenching and cruel to have it cut short.”

A product of the Ospreys development pathway, Otten featured regularly for Swansea RFC in the Premiership, playing 26 times for the All Whites between 2012 and 2014.

He also played for Aberavon, Neath, Swansea and Waunarlwydd and was capped by Wales at U20 level before going on to make 110 appearances for the Ospreys.

“To say I’ve represented the jersey not just once but 110 times is something I will always be proud of and be able to show my kids one day. It’s not only made me a better player but a better person too.

“There’s a lot of hard work to come. My coffee business SO Coffee is growing nicely at the moment and our coffee shop, Humble, down in Llanelli is re-opening soon so we’re excited about them.

“I’ve just finished my level two coaching course and looking ahead to my level three then seeing what opportunities are out there for me to become a coach. There’s a lot to think about as a family and seeing what’s best for us.”

It was in March 2014 that Otten made his Ospreys debut at the age of 19 as a replacement in a 34-9 win over Cardiff Blues at the Liberty Stadium.

His 50th appearance came in September 2017, away to the Cheetahs. The hooker made his 100th appearance against Cardiff Blues at the Liberty Stadium in December 2019.

Ospreys head coach Toby Booth said: “It’s hugely sad when a player’s career is curtailed by injury, but if there is a silver lining, it is that Scott has planned an alternative career, which will no doubt see him flourish.

“He is currently still with us and he is still contributing to our environment which is great and reflects what the Ospreys mean to him.”