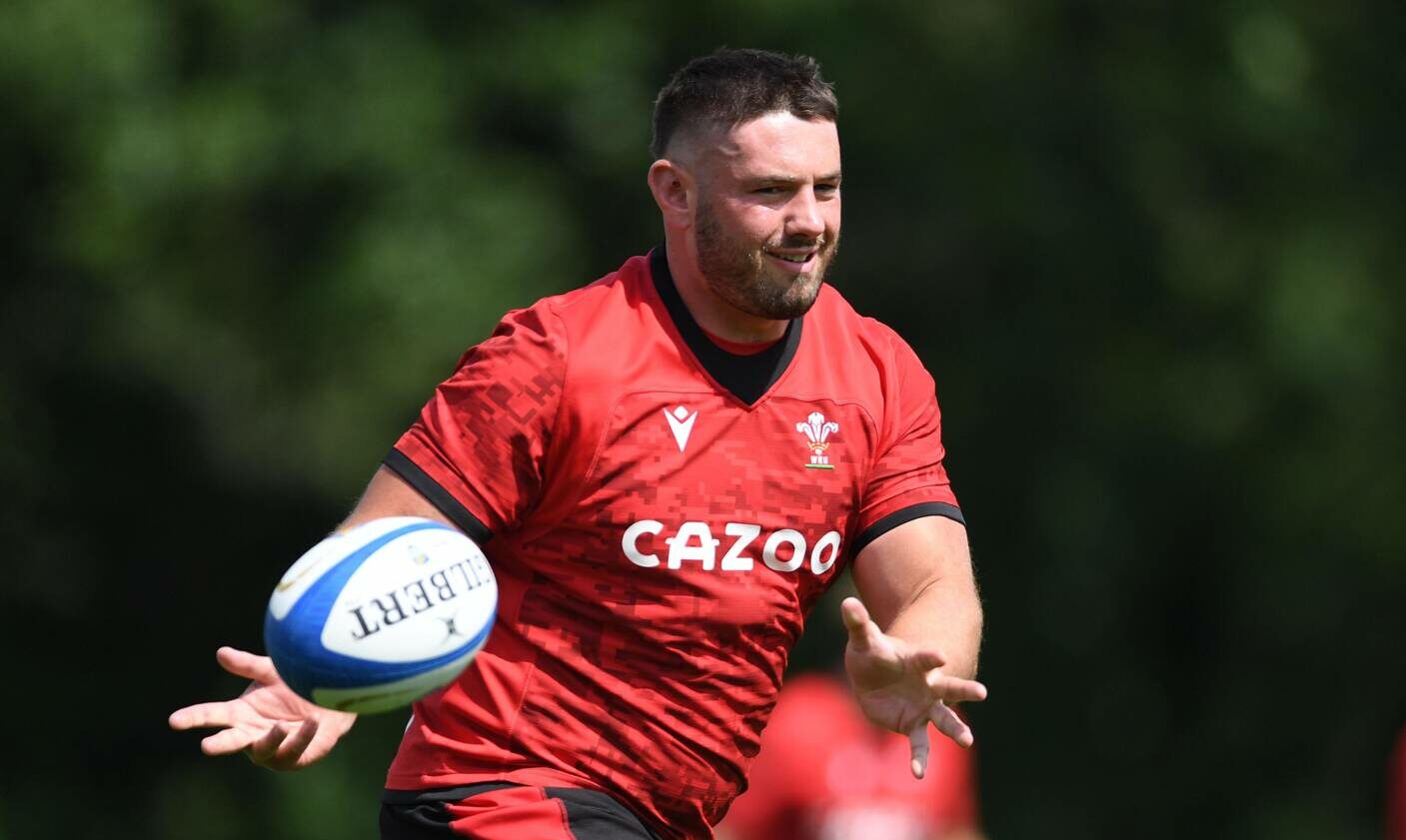 Gareth Thomas is the next cab off the rank at the Ospreys, but the Wales prop has been patiently queuing for quite some time.

Thomas will make his first start for Wales on Saturday at the age of 27 – not exactly ripe or old for a front rower – but certainly an age when some players might question if running out of the tunnel in Test match rugby is ever going to happen.

The loose-head will now get that opportunity against Argentina on Saturday at the Principality Stadium, in a match that is live on S4C.

The line of props at the Ospreys who have played international rugby for Wales is a long and illustrious one and Thomas says he has had to bide his time.

“It’s always been a dream to play for Wales but I probably haven’t had that much opportunity to play at the Ospreys,” admits Thomas.

“But since (head coach) Toby Booth has come in he’s given me that opportunity and I’ve played well. I’m really happy to be involved here now and hopefully I can continue to grow and to push for a position.”

Thomas has always had to work for recognition, a response he realised was necessary when he was released by the Scarlets before the age of 20.

He was given a second opportunity by the Ospreys, but had plenty of competition ahead of him.

“At Under-20’s, it was a really strong year. I was at the Scarlets to start with in their academy and they let me go.

“The Ospreys picked me up and I tried to regather there. But there has been a lot of loose-head competition at the Ospreys with Paul James, Duncan Jones, Nicky Smith and Rhodri Jones.

“They are all international loose-heads so I’ve had to be working hard to get my position and opportunity.

“It’s taken a bit of time, but I’m more of a player now because I’ve had to fight for my position. That’s what’s really good about the Ospreys – the depth in all the positions we’ve got.”

Thomas made his international debut off the bench in the opening summer series Test against Canada and then made another cameo showing in the 20-20 draw with Argentina last week.

That match appeared to highlight the Wales scrum as an area of concern, as the Pumas repeatedly turned the screw.

🆕 Uncapped Matthew Screech among the replacements.

But coach Wayne Pivac insists the selection of Thomas, along with the return of tight-head Leon Brown, is more about giving all the rival front rowers a chance to stake their claim rather than a reaction to last week’s wobbles.

“Nicky Smith has had two starts,” says Pivac. “He’s had 40-odd Test matches now so we know what he can and can’t do.

“It’s about getting Gareth an opportunity and Rhodri Jones is now well and truly over his injury so the intention was always to try and give him some game time.

“It’s not a reflection on last week’s form at all. On the tight-head side, both picked up bumps and Browny is probably in the better shape out of the two of them to be quite honest. He’ll get a start and that was our intention for this series.”

Wales were hardly the first side Argentina have buckled at scrum time, but Thomas reckons lessons have been learned from a week ago – including convincing the referee that Wales might not be under quite the stress that the Pumas forwards were claiming.

“We looked back at the game and a few of the scrums were a bit of a mess.

“We looked at their tight-head’s angles and they were trying to create something out of nothing. We’ve looked at what we can do this week to paint a good picture and get clean ball from it. Hopefully, we can tidy a bit of that up this week.”

“It’s the last opportunity for us to assess the players” 📝

Wayne Pivac says he’s delighted with how his inexperienced squad has developed this summer.

One player who has trained with Wales this week, but who will not be on show in Cardiff on Saturday is Thomas’s Ospreys teammate, Alun Wyn Jones.

The Lions captain was training with the national squad in a bid to prove his fitness before he headed out to South Africa following his miraculous recovery from a dislocated shoulder suffered against Japan.

Thomas insists that none of the Wales players felt anxious about avoiding damaging the Lions captain before his Cape Town dash.

“No-one will ever be scared of injuring Alun Wyn because he’s a solid man and a character,” says Thomas.

“It’s quite inspiring to see the way he’s recovered from his injury and it gives a lot of people inspiration. They can see now if you get a little injury, you can get back on the field as quick as you can.”

Join the Clwb Rygbi team at the Principality Stadium for live coverage of the second international rugby test between Argentina and Wales. English commentary available. Kick off 3.00pm.