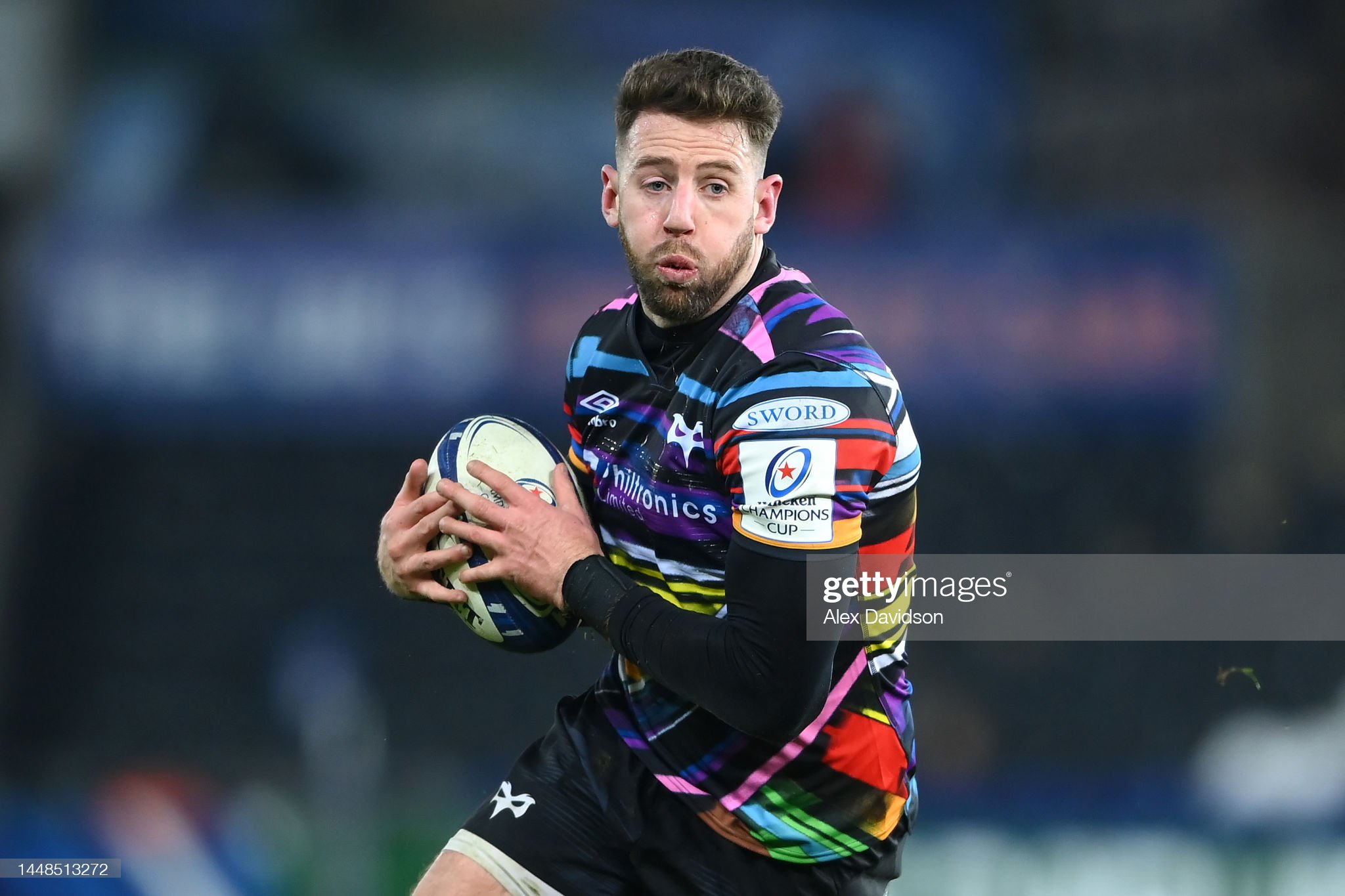 Alex Cuthbert reckons the blend of wise old heads and fresh-faced kids is the secret to the Ospreys’ revival this season.

The 32-year-old Wales wing will be part a team in red hot form when they face Leicester Tigers in a decisive Heineken Champions Cup clash on Friday night which is live on S4C.

Wales coach Warren Gatland claimed it was now too late to lower the age profile of his squad so close to the World Cup, but Cuthbert believes the blend of old and new at the Ospreys has been influential.

“We’ve got some absolutely world class players in the squad like Justin Tipuric and the most capped player ever in Alun Wyn Jones,” said Cuthbert.

“We’ve got so much experience in the squad it filters down to the youngsters. I feel like they look up to the older boys.

~And those youngsters are really on top of stuff. They are not just turning up to training they are doing other things in terms of analysis etc.

Here’s your Ospreys team to face @LeicesterTigers
in the final round of the @ChampionsCup!
The amazing Ospreys Girls U18s helped us out with this week

“When you are young like that you just want to play rugby but there’s a bigger picture. It seems to be filtering through. There’s a lot to look forward to especially with the youngsters we’ve got coming through.”

Cuthbert, Jones and Tipuric will all start against the Tigers, where the Ospreys are looking to do what no Welsh team has done in Europe in 12 previous attempts – win at the Tigers’ formidable fortress of Welford Road.

North is on the bench, while Webb – recalled by Gatland after over two years out of the national squad – is rested altogether with the starting spot going to 24-year-old Reuben Morgan-Williams.

“We finished as the best Welsh side last season but we weren’t happy finishing ninth in the league. That’s not where we want to be, and where we see ourselves as a squad,” added Cuthbert.

“We’ve got a lot of quality in our squad and the boys have worked hard developing our attack a little bit more.

“We are trying to get our best players on the ball a bit more because we know our set-piece is a strength.”

The Ospreys will rarely have taken on English giants against such an encouraging background.

Their back-to-back wins over French champions Montpellier means they are fifth in Pool B and they know a point against Leicester will clinch a place in the first knockout round of 16.

Unlike all the other Welsh sides who have returned from the East Midlands empty-handed in Europe, the Ospreys did manage a 32-32 draw back in 2009 after they surrendered a 26-8 lead.

A draw, or losing bonus point would be enough to see the Ospreys through, but a defeat will leave them relying on other results going in their favour in order to progress.

A first Welsh win that included a bonus point would give head coach Toby Booth and his men the prize of a home draw in the last 16.

Leicester have managed to ride out the disruption of losing Steve Borthwick to the England coaching job and under Richard Wigglesworth they are unbeaten in Europe.

They thumped Clermont Auvergne 44-29 in France last week and also won 23-17 against the Ospreys in Swansea in the opening round of the tournament.

That was a game in which Leicester were given a torrid time in the scrums, leading to Wigglesworth bolstering his front row for the return by recalling veteran England prop Dan Cole in place of Joe Hayes.

The deposed Hayes has admitted: “As a tight-head, you pride yourself on the set-piece and the Ospreys was a day I will look to forget.

“The whole Ospreys pack is an unbelievable pack and they are almost all Welsh internationals.  But sometimes the best way to learn is when things go t*** up.”

Leicester v OspreysLive coverage of the match between Leicester Tigers and Ospreys in the Heineken European Champions Cup, from Welford Road.