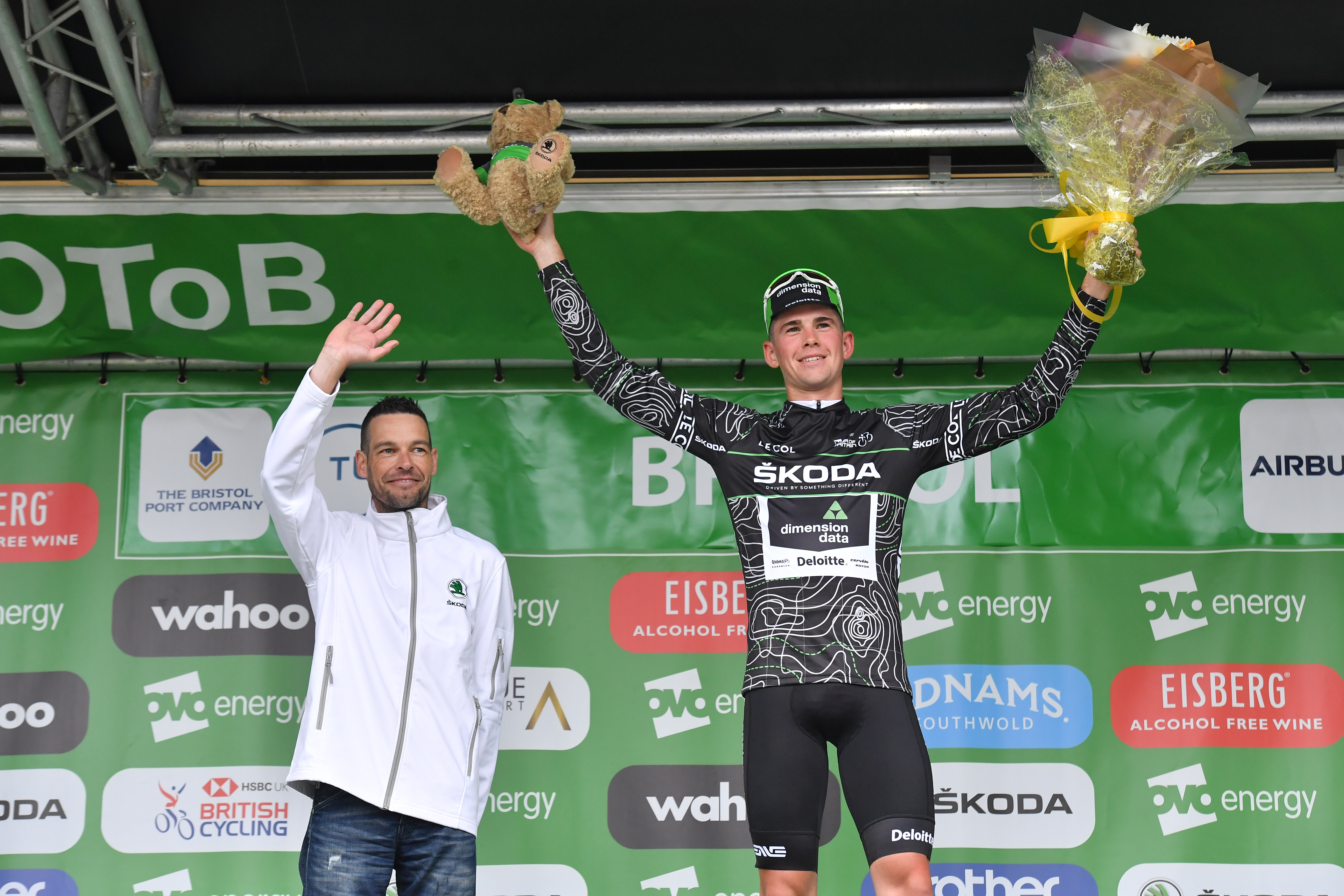 Scott Davies admits he is delighted with his Tour of Britain showing as he finished the race as top Brit.

The Carmarthenshire rider was 12th overall – one minute 54 seconds down on winner Julian Alaphilippe after Sunday’s eighth and final stage.

The 23-year-old said: “It has been a great week with the King of the Mountains jersey and myself being able to finish 12th in the GC.

“It’s been a really good week for us. We raced aggressively and we are happy with it.

“For me personally, I am really happy with my performance. It’s been a tough year and I have struggled at times, so it’s nice for things to come together here, at the Tour of Britain.”