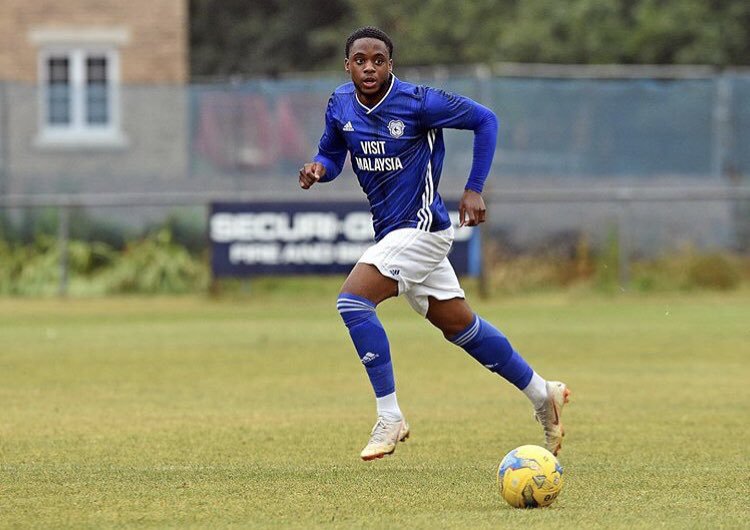 Teenager Shamar Moore, who has made one first team appearance for the Bluebirds this evening, scored Cardiff City’s goal in their Professional Under-23 Development League match against Ipswich Town.

Attacking player Moore, who replaced Isaac Vassell for the second half of the Carabao Cup tie against Luton Town, is a pacy forward who signed a professional contract with Cardiff after being released by Reading last summer.

The young Bluebirds were three goals down after 47 minutes before Moore scored their consolation with a low shot past goalkeeper Harry Wright into the bottom left corner.

Cardiff started brightly and Ben Margetson went for goal from 20 yards after eight minutes only to be denied by an excellent Wright save, who went full length to tip the ball away for a corner.

Siyabonga Ligendza struck a post from a Moore cross after eight minutes and, at that stage, the visitors were on top.

Ipswich trialist Mukena put Ipswich ahead after 30 minutes. The centre-half curled a shot into the top corner from a Brett McGavin corner.

Brown scored a second for the home team when he shot low into the net from a low cross by trialist Levi Andoh and Cardiff were 3-0 down when Ipswich scored a third goal in 17 minutes.

That was scored 90 seconds into the second half when Simpson’s fierce shot went in after deflecting off the hand of Ryan Pryce.

City goalkeeper Matt Hall denied Ipswich a fourth with an outstanding save from a Tommy Hughes shot after 55 minutes before Moore fired home for Cardiff on 73 minutes.

Ipswich opened this season with six successive defeats, but have now earned back-to-back under-23 league victories.

Cardiff City now have successive under-23 home matches against Crystal Palace on Monday, October 28 and then Birmingham City early next month.