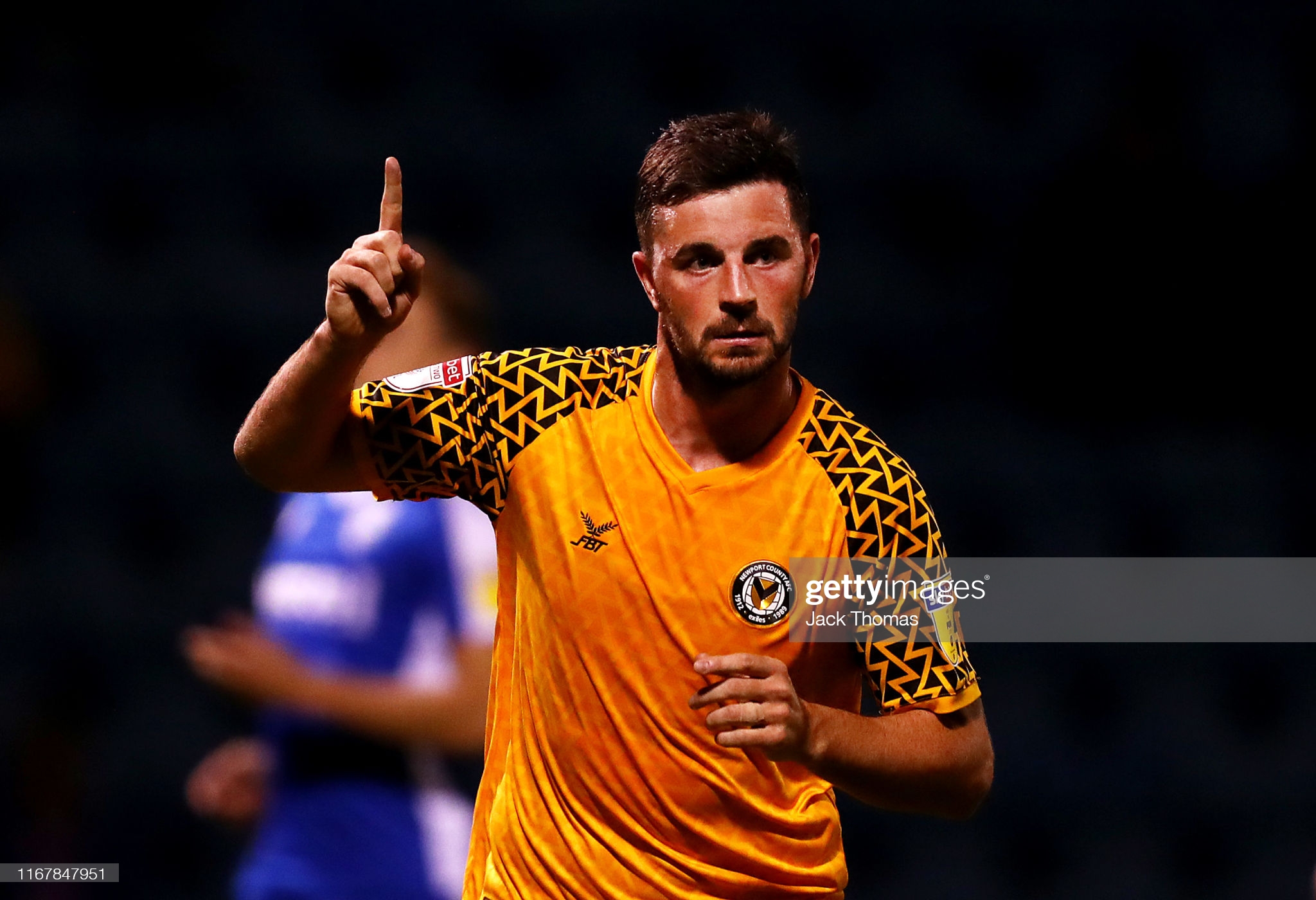 Newport County’s FA Cup legend Padraig Amond could be on his way back to Ireland after confirming his time at Rodney Parade has come to an end.

The striker – whose goals inspired County to memorable FA Cup giant-killing triumphs over Leicester City and Middlesbrough, plus glorious near misses against Tottenham and Manchester City – is a free agent after spending this season on loan at Exeter City.

Despite playing 30 matches for the Grecians and helping them to promotion from League Two, it appears 34-year-old Amond is not going to be offered a new deal by either Newport or Exeter and may well return to the League of Ireland.

Amond has posted on social media: “Thank you to all the Newport County supporters for their support and respect since I signed for the club in August 2017.

“I loved my four years at the club. Thanks to all my teammates during that time, too.

“Without them we wouldn’t have had the amazing journeys that we went on.

“Finally, thank you to the gaffer Michael Flynn and Wayne Hatswell for signing me and believing in me.”

Amond claimed in an interview with a podcast that he had been told he was being let go by Newport in a 25-second phone call from current manager James Rowberry, who replaced Flynn last summer.

“This is new for me, the first time in seven years that I’ve been out of contract,” said Amond, who revealed news of his Newport exit on the LOI Central podcast.

“It’s a cut-throat industry. I signed five seasons ago (for Newport), I played over 200 games for them, scored 60 odd goals and I got released in a 25-second phone call. And 10 to 12 seconds of that was the manager introducing himself to me because of a change of number.

“I live three or four minutes’ away from the (Newport) training ground.

“I was down in Exeter for the promotion parade, with my Mam, Dad, my wife and son and I was walking to go and meet the bus.

“The phone call happened so quickly they didn’t even know I was on the phone. It doesn’t surprise me. I know what football is like.

The experience Podge brought to the club was second to none. While adding crucial goals too. Carlisle away where we believed!

From everyone at #ECFC, we wish you all the best for the future ❤️ pic.twitter.com/Y6EEa2dbTR

Amond signed from Hartlepool five years ago and made 206 appearances for County and scored 59 goals.

He was a key player during their epic Cup runs but was unable to help the club gain their long hoped-for promotion to League One.

“I didn’t know where I would end up, I am just so pleased that it was Exeter.

“At the time things felt very raw about how it happened. I was disappointed, especially being told that late in pre-season, but that’s football and you have to get on with it.

Amond’s form in 2019 – the season in which he scored 23 goals for Newport – earned him a call-up to the Republic of Ireland squad in March of that year.

He is now tipped to return home to Ireland and has been linked with a move to Sligo Rovers.