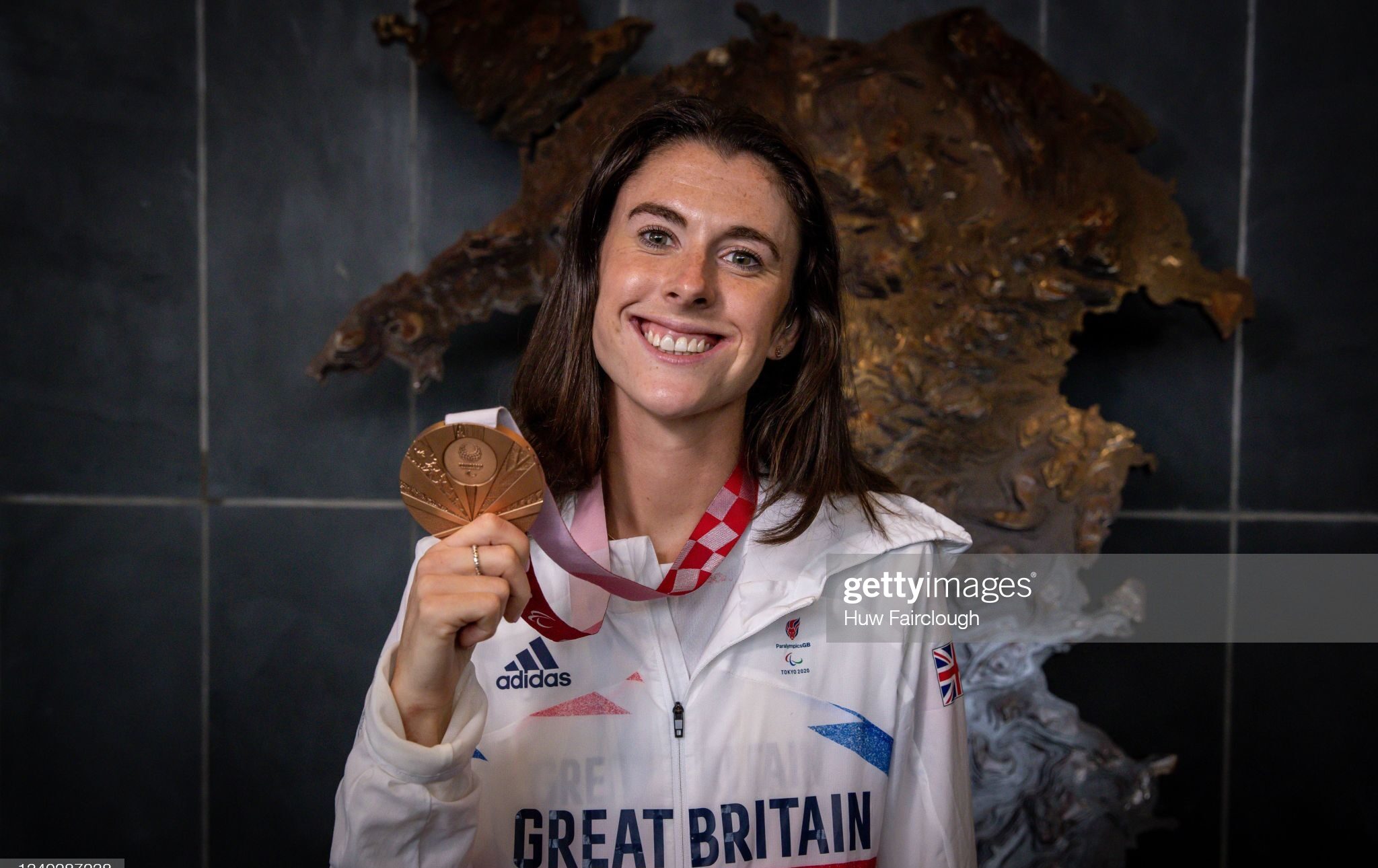 Olivia Breen achieved her lifelong dream at the Tokyo Paralympics but she is now looking forward to getting back in her Welsh kit and inspiring even more people to take up sport, as she tells Tom Prosser.

Paralympic star Olivia Breen can’t wait to represent Wales at next year’s Commonwealth Games and is hungry for even more success after winning her first individual Paralympic medal in Tokyo this summer.

After taking a well-earned break following a busy summer, the 25-year-old is planning her year ahead as one of Wales’ most consistent and versatile Paralympic athletes.

Breen claimed bronze in the T38 long jump in Japan after previously winning the same colour in the 4x100m relay at London 2012.

She was also world champion in the T38 long jump at the IPC World Championships in 2017, but went into the Paralympics in the shadow of a year disrupted by injury problems.

“I’m over the moon with how it went in Tokyo,” says Breen, whose smile on her face clearly shows how proud she is of her achievements.

“It took a lot of hard work to get in the position to win an individual medal.

“It was my dream to come home from Tokyo with a medal and it’s now happened.”

Breen – who has cerebral palsy and recently helped publicise World Cerebral Palsy Day – is very thankful the Games actually took place given all the restrictions and uncertainty created by the pandemic.

“The delay helped me in a positive way as I was able to work on my weaknesses,” she explains.

“I think it played a big part in helping me get my medal in Tokyo.

“It was a shame we couldn’t have any family or friends out there with us but they were there in spirit.

“It has been lovely since I’ve arrived back as I’ve had a lot of celebrations with all my family and friends.

“I want to embrace the moment, it’s like a once in a lifetime achievement.”

One disappointment for Breen was that she couldn’t see more of Japan due to the requirement for the athletes to be in a bubble.

“I would have loved to have seen more of Japan as we only got see parts of the country when we were travelling on the bus.

“The World Championships are also in Japan next year and a few of us have already mentioned about going to see some parts of the country then.

“The people we did meet out there were all so lovely and very positive.”

Breen’s focus is now on getting back to full fitness as she will soon have surgery on her shoulder after fighting through the pain of an existing injury during the recent Paralympics.

“I have an operation on my shoulder coming up so I’m just focusing on getting that sorted and getting back to training.

“I want to keep getting as many personal bests as possible and I’m really looking forward to the Commonwealth Games, so hopefully I can get the injury sorted quickly.”

Born in Guildford, but with a Welsh mother, Breen enjoyed a successful Commonwealth Games in 2018 which saw her win gold in the T38 long jump.

Wow I can’t believe it’s been 3 years since I became Commonwealth Champion for Wales in the long jump! 🥳What an amazing day that was. It was the best day of my sporting career, I can’t wait for many more moments like that. pic.twitter.com/phVUfJfA5B

She now can’t wait to try and defend that medal and represent Wales in Birmingham.

“I love representing Wales, it means so much to me. Everybody involved with Team Wales is so supportive.

“I can’t wait to get back in that Welsh kit and hopefully I can win another medal.”

Breen, who intends to be back in training as soon as she overcomes her recent surgery, says being a para athlete has changed her life and she hopes she can inspire others to get involved in sport.

It has given her a platform as well as a focus and this year her profile in sport was raised even further after a number of media appearances where she talked about sportswear, body image and perceptions towards females athletes.

It’s World Cerebal Palsy day💚 Having CP has made me who I am today – I am proud of my disability. When someone says I can’t do something I will always try and prove them wrong. My CP has made me determined, confident, have self- belief and always willing to try anything💚💚 pic.twitter.com/2x4PKcMot8

“We want to get the next generation out there and inspire people with disabilities to get into sport,” says Breen, who always radiates infectious enthusiasm.

“It can make such a difference to your life and it can definitely help you with your disability.

“Try everything and find your passion. The most important thing is to always enjoy what you are doing and never give up.

“Hopefully, we are already inspiring everyone who watched us in Tokyo.”