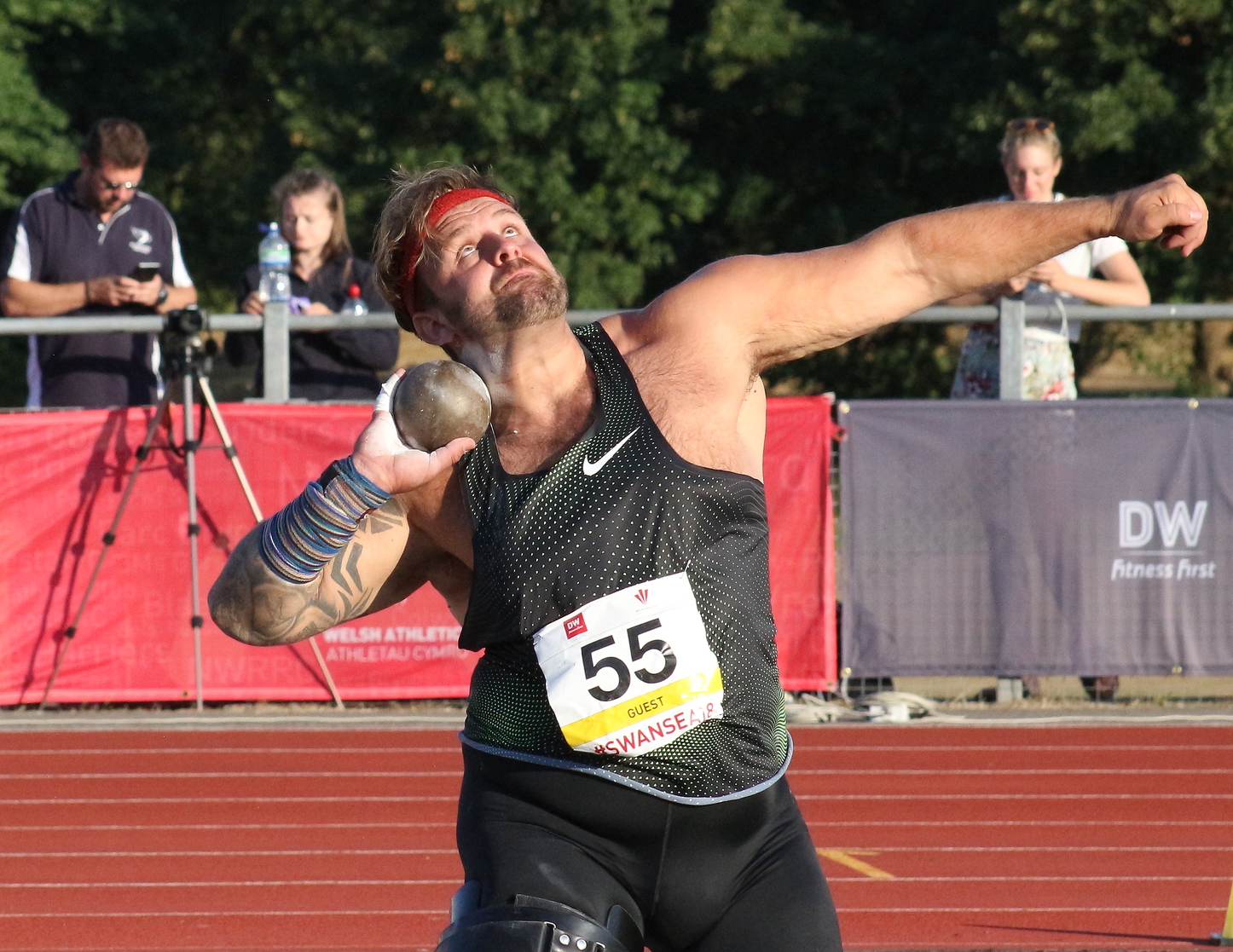 In total 106 athletes have been announced across 11 sports, following nomination by the national governing bodies or via sport qualification, and selection ratification by the Commonwealth Games Wales selection panel.

Serial Paralympic, World and European championship gold medallist Aled Davies aims to complete his impressive set of  titles when he represents Wales at the Commonwealth Games this summer.

Commonwealth gold is the only major championship medal to have eluded Davies during his stellar career having picked up silver in the discus at the 2014 Commonwealth Games in Glasgow.

Speaking following the announcement of the 22-strong Welsh athletics team heading to next month’s games in Birmingham, Davies said: “To represent your country is a real honour and to represent Wales is a very special achievement in anyone’s career.

“I am such a proud Welshman and extremely patriotic, so I am delighted to be selected for my second Commonwealth Games.

“This is the one title that eludes me so finishing second in Glasgow was the biggest learning curve in my career and I am now ready to right the wrongs.”

Good Luck to Aled Davies in Tokyo this summer! Remember, Welsh Athletics is behind you all the way! #TNLAthletes #MakeAmazingHappen pic.twitter.com/cRn9m5fXGJ

In total, Team Wales will have 199 athletes competing in Birmingham this summer across 15 sports, with more females than males in the team (100 females, 99 males).

Davies, one of five para athletes selected, is also joined by Olympians and fellow Commonwealth Games medallists in the athletics squad, which was announced by Team Wales in Cardiff on Wednesday morning.

“It’s a fantastic squad,” said Davies. “We are not there merely to make the numbers – we are there to take medals and be competitive. I’r gad (to the battle)”.

“Welsh athletes faced the toughest ever selection criteria for Birmingham 2022, so I am delighted to confirm 22 athletes will be joining Team Wales from athletics,” said Jones.

“I am proud that the work and dedication of the whole team has been recognised by this selection and I am excited to see how the athletes perform.

One of those returning for a second Commonwealth Games is race walker Bethan Davies, who claimed bronze four years ago on Australia’s Gold Coast.

The Cardiff athlete is delighted to be selected again: “I feel truly honoured to have been selected by Team Wales to represent at the Commonwealth Games for a second time, it’s a sense of pride like no other.

“Since my bronze medal winning performance over 20km on the Gold Coast roads there have been changes to the walks.

“The Commonwealth Games distance has dropped to 10,000m and is now track based which increases the technical scrutiny, potentially meaning even more drama and excitement.”

Davies and the rest of the team are excited to be competing at what is virtually a home games. “I cannot wait to share this experience with more of my family and friends and showcase the event I love to an almost home crowd. Cymru am byth!”

Davies will be joined in the race walk by Pembrokeshire Harrier Heather Lewis. The Welsh women are by some distance the top two female race walkers in the United Kingdom.

Other medallists from the Gold Coast games who will be heading for the midlands  are T38 100m runner Olivia Breen and  Melissa Courtney Bryant, who claimed bronze in the 1500m in Australia.

Good Luck Olivia Breen in Tokyo this summer! Remember, Welsh Athletics is behind you all the way! #TNLAthletes #MakeAmazingHappen pic.twitter.com/Oi3qqsKl9F

The Poole AC athlete has been dogged by injury over the past 18 months, but has returned to form and fitness in recent weeks, clocking a World Athletics Championships qualifying time in Ostrava last month and running strongly at the Wanda Diamond League meeting in Rabat on Sunday.

Jake Heyward, who finished second over 1500m in Rabat at the weekend, is also included in the team for what will be his first Commonwealth Games.

Like Courtney-Bryant, Heyward’s career has been hampered by injury, but the Cardiff athlete returned to fitness last season to claim a place in the Olympic 1500m final in Tokyo and set a string of new Welsh middle distance records.

Already this season, the Oregon based athlete has improved his own Welsh mile best.

Two more Olympians feature in the squad – shot-putter Adele Nicoll, who represented Great Britain in the bobsleigh at the Beijing Winter Games earlier this year, and Joe Brier, a member of the GB 4x400m squad at the Tokyo Olympics.

Brier is joined in the team by sister Hannah, who will be going to her second Commonwealth Games having competed over 100m in Glasgow.

Last month the Cardiff athlete was in winning form at the Wanda Diamond League meeting held at the revamped Alexander Stadium where the Commonwealth Games athletics will be staged.

““It is so exciting to see the Welsh Athletics Commonwealth Games Team announced today with such a fantastic group of athletes – some of whom have previously competed on the International stage while others will gain invaluable experience being in Birmingham.”

In addition to those athletes selected by Team Wales following the nomination process, Welsh Athletics accepted an invitation direct from Commonwealth Games Federation for Cardiff’s Lauren Evans to represent Wales in the women’s heptathlon.

Names to be announced: