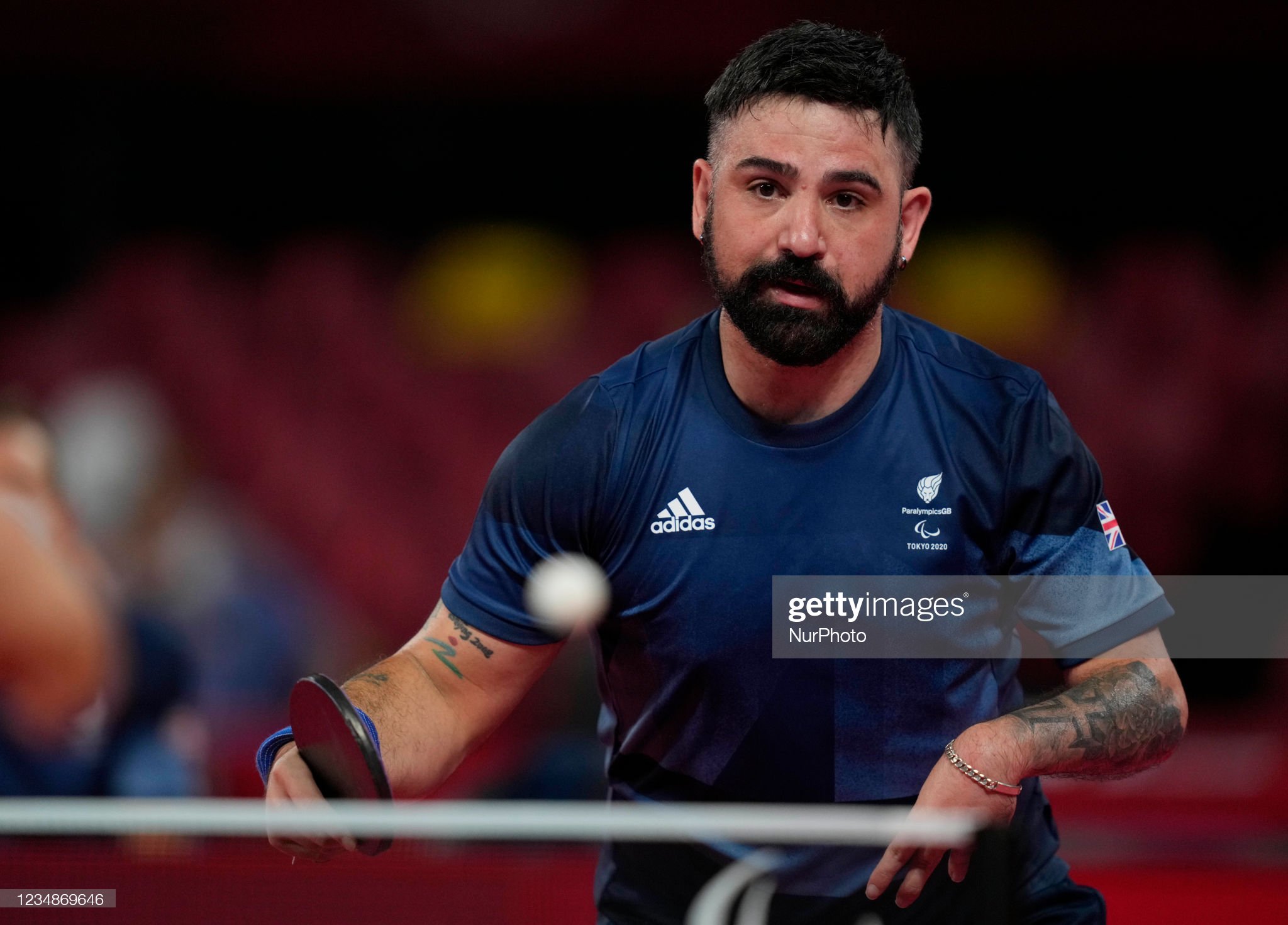 The Swansea para table tennis star and Billy Shilton produced a superb performance on day two of the Andalucia 2022 World Para Table Tennis Championships to take gold in the men’s class 14 doubles in only their second tournament together.

“It is amazing,” said Karabardak.

“I’ve won a lot in my career and obviously Tokyo was really special and will take some beating but to be world champion here is one of the best things I’ve ever won.

“To do it with such a great doubles player like Billy, who is also such a good friend, makes it even more special.

“Winning in doubles rather than singles makes it a bit more special that you get to share that feeling with someone.

“I think because I lack self-belief it makes me better and makes me more positive having someone by my side telling me that I can do it and that helps me a lot.

“I’m not sure there are many world champions who come from Swansea, so I think they will be really proud and it is going to be really special for the city as well.”

Welsh teenager Grace Williams will play for gold on Tuesday evening, with Fliss Pickard, in the final of the women’s class 14 doubles.

“In the pressure situations they worked together as a team & that is all you can ask of them & I’m so so proud – it is absolutely incredible”
GB coach Andrew Rushton with MD14 World champions @PaulKarabardak & @billyshiltstt @uk_sport @TableTennisENG @walesTT @andaluciawptt22 pic.twitter.com/3xaXUeqQ8c

Karabardak and Shilton made a great start and took the first two sets 11-8, 11-8 but won only one point in the third set as the experienced Thai pair fought back.

The GB pair edged ahead in the fourth and had three match points at 10-7. The first one was saved but when Wangphonphathanasiri sent a backhand long Karabardak punched the air in triumph before hugging Shilton.

“I think we played really well,” said Karabardak. “They are good players and their experience brought them back into it, but I knew if we kept going for our shots and being positive we’d have a great chance to win.”