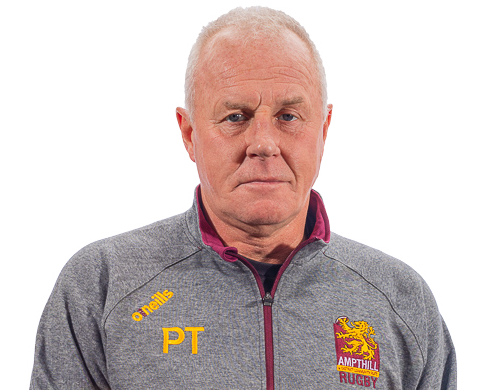 You can’t keep a good coach down and it seems the only way is up for the former Dragons boss Paul Turner.

Hot on the heels of steering Ampthill to the Division 1 title in England, and into the Championship for the first time in their history, he has just signed a new contract at the club he first joined seven years ago.

Since joining the Bedfordshire minnows he has overseen three promotions and turned a community club into a fiercely ambitious rugby outfit.

Plans have already been agreed to move the club to a new, purpose built site half-a-mile from their current location and who knows where they might go from there.

As he prepares his side to face the likes of Newcastle Falcons, Cornish Pirates, his former club Bedford and Leeds Carnegie, the 59-year-old former Wales outside-half must feel like pinching himself as he looks back on where it all began.

A thumping 52-20 win at Loughborough Students safely secured the title and promotion on the last day of last season and now everyone connected with the 15,000 market town is fixing their sights on the opening fixture in the Championship against Nottingham at their own Dillingham Park ground on 12 October.

As well as success on the field since Turner arrived to help out another former Wales cap, Stuart Evans, in 2012, the work has been put in elsewhere to keep momentum going forward.

Club membership has grown by 16% year on year and Ampthill now boast more than 1,100 members playing in 24 teams.

“We understand the challenges the Championship will present – it’s a highly competitive league – but we’re looking forward to competing against established and successful rugby clubs,” said Turner.

“I’m really pleased to have committed to Ampthill for a further period. It has been a pleasure working with Mark Lavery throughout my time here and I am excited to continue our relationship as we move to the next stage of this project.”

Working under director of rugby Mark Lavery, Turner has been able to add former Harlequins hooker Dave Ward to his coaching and playing team for the new campaign and has a few other ‘old heads’ to lean on.

Once again, Wales’ loss looks to have been a major gain for English rugby.