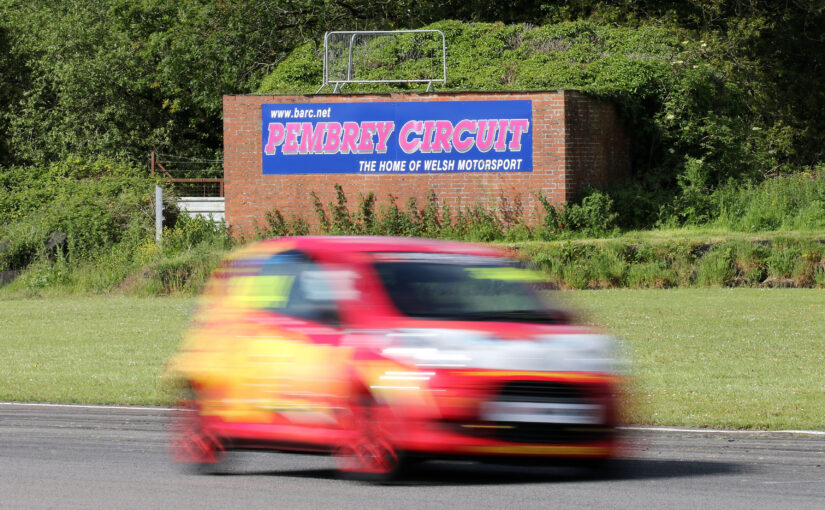 Silent circuit - yet another motor race meeting at Pembrey Circuit has been cancelled, owing to arbitrary Welsh government policy

Instead of celebrating its 30th anniversary with a spectacular series of events, Pembrey Circuit has instead been forced to admit defeat and cancel its entire race programme for the rest of 2020 – in what the track owners admit is a truly disastrous year for the venue.

Having built a new pit garage complex for the start of the 2020 race season, the Carmarthenshire site had, until earlier today, hoped to run race meetings in the coming weeks – without spectators and with comprehensive Covid-19 compliant and social distancing measures throughout its 200 acre site.

However, owing to the regulations imposed by the Welsh government regarding the organisation of outdoor sporting activities, in particular its arbitrary 30 maximum person gathering rule, Pembrey has been unable to host a competitive race meeting at all in 2020.

It’s unfortunate but no other option at the moment! We should have been allowed to open up for race events in August everything was in place. The people making the rules don’t understand our sport ☹️🏴󠁧󠁢󠁷󠁬󠁳󠁿🏁 https://t.co/m72GtdnXly

The British Rallycross Championship event on 18 October has been postponed, to a date yet to be confirmed.

And while Pembrey remains silent and empty, the British Automobile Racing Club, owner of Pembrey, is looking into moving next month’s truck racing meeting 160 miles east and over the Severn Bridge to Thruxton Circuit in Hampshire instead.

“This is bitterly disappointing news for our competitors, fans, staff, and the whole local community, particularly as we were hoping to rescue some income from the end of this disastrous year,” says Ben Taylor, Chief Executive of the British Automobile Racing Club.

“2020 was meant to be the 30th anniversary of a venue that generates more than £10m annually for the local economy, but instead we haven’t managed to host a single race meeting this season.”

“We appreciate the disappointment that cancelling these events will bring to our loyal supporters, but sadly it is out of our hands,” added Pembrey Circuit Director, Phil Davies.

“We are grateful for everyone’s understanding at this difficult time and look forward to welcoming our visitors back to Pembrey again very soon.”