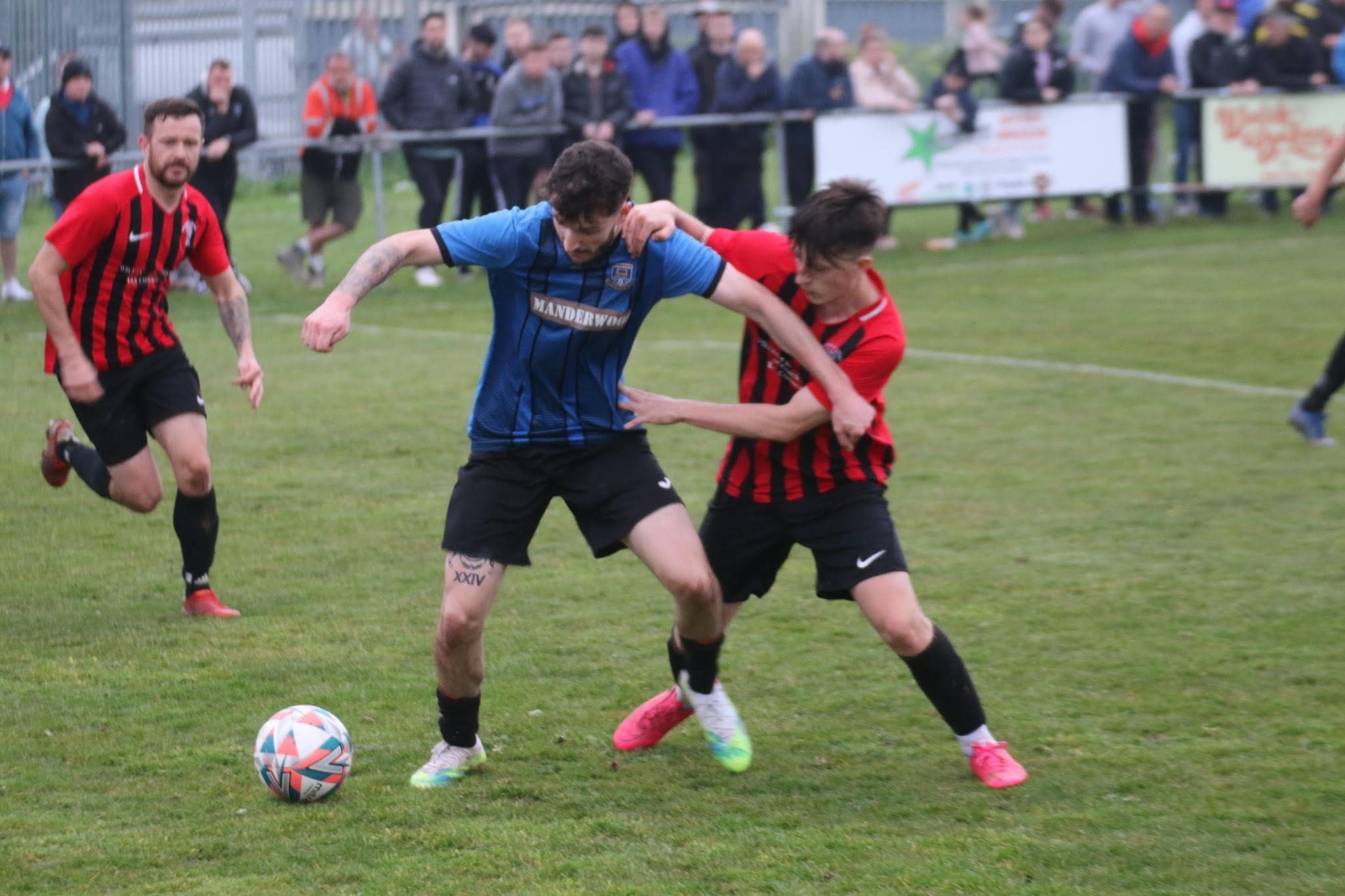 A row has broken out over player eligibility rules, which has prevented a Pembrokeshire club from clinching the title.

The Division 1 season may be over in the Pembrokeshire Football League – but it could be sometime before the champions are confirmed with both the top two clubs potentially facing sanctions.

As things stand, it’s Goodwick United who have finished top from Hakin by three points following an unbeaten campaign. The two met at The Obs earlier this month in a game which on paper, The Vikings had to win to keep their title hopes alive.

It ended 1-1, which in normal circumstances would have been enough to see Goodwick crowned champions, giving them a 13 point cushion with Hakin only able to take 12 from their four remaining matches in hand.

They went on to take 10 points from them, following a draw at Clarbeston Road and wins over Pennar, Merlins Bridge, and Fishguard – leaving them three off the pace.

However, prior to that Hakin v Goodwick match it emerge the Phoenix Boys were being investigated by the League authority for the possible fielding of an ineligible player(s) in their win 5-2 over Carew on April 9. Were they to be found guilty and that result reversed to a defeat – it would be enough for Hakin to take the title on goal difference.

The situation is complicated further though by the prospect of Hakin themselves also being penalised. During that clash with Goodwick, the play was held up for several minutes after a home spectator was alleged to have entered onto the field of play and struck an away player.

The incident was included in the referee’s report and is currently being investigated by the West Wales Football Association.

3/3 Therefore, we could not offer these players up to our senior teams despite being short on squad numbers for any given fixture. It’s now up to the association to adjudicate on that alleged fielding of ineligible players. #playfair

Were Hakin to receive any deduction of points as a punishment, Goodwick would remain champions irrespective of losing their win over Carew.

Both the Pembrokeshire and West Wales authorities have declined to comment publicly on either investigation, but both clubs will receive the opportunity to respond to any charges.

The developments have overshadowed what was an enthralling title race, with Goodwick’s 2-1 win over Hakin at Phoenix Park back on October 30 proving the only difference between the sides.

At The Obs they led 1-0 early on from Sion O’Sullivan’s volley, before Leon Luby levelled for the hosts in injury time when his long range free kick evaded everyone in the area and found the top corner.