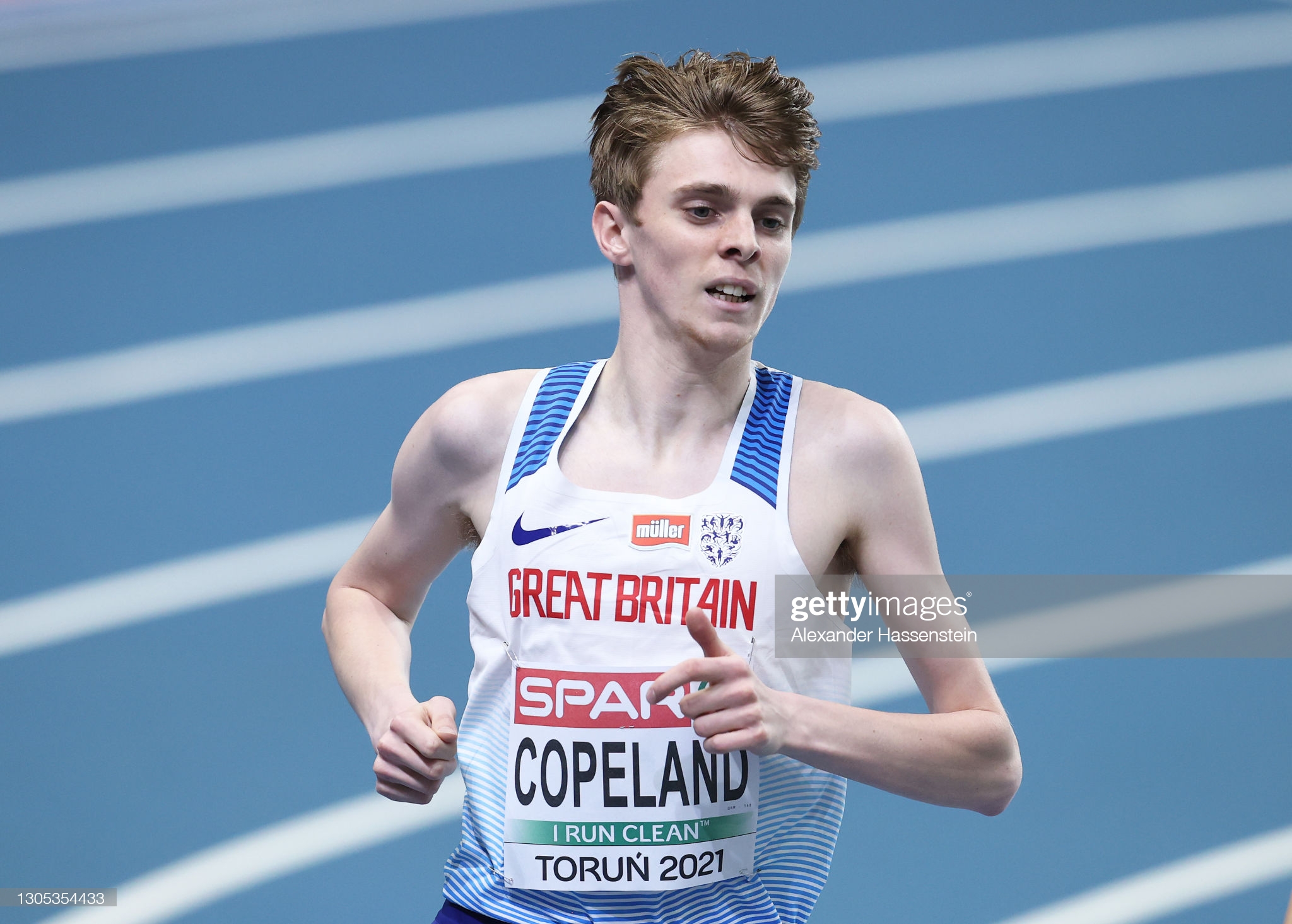 Piers Copeland produced an impressive performance to ease his way into the European Indoor Athletics Championships 1500m final in Poland.

Running in a fast second heat, Copeland was happy to sit at the back of the pack early on before gradually moving up the field.

As the race reached its closing stages, the Cardiff-based athlete tried to close the gap on leader Ignacio Fontes, of Spain, but eventually had to settle for second place.

“There were a lot of quick guys in that heat so it wasn’t comfortable,” said Copeland.

“It is very physical indoors with some big guys scrapping it out. My goal was to qualify for the final so I am pleased with that. Now I am there I will see what I can do.”

In the final, Copeland, the second-fastest qualifier overall, will be up against the likes of Norwegian superstar Jakob Ingebrigsten and reigning champion Marcin Lewandowski, of Poland.

The Swansea Harrier produced a perfectly judged run to clock 8:52.60 as she finished second to Slovenia’s Marusa Mismas, who was later disqualified for taking a step off the track along with the Netherland’s Jip Vastenburg, who had finished third.

Mismas’ disqualification makes Ockenden the fastest qualifier for the final.

Fellow Brit Amelia Quirk also qualified for the final by finishing fourth in the same heat in 8:53.21, while Amy-Eloise Markovc made it a hat-trick of British qualifiers by winning her heat in 8:56.26.

Ockenden, who is in excellent form having set a new personal best of 8:51.63 in Manchester last month, was delighted to reach the final, although the tactics weren’t quite what she’d planned.

“It was a bit of a scruffy race and not really the way I planned to race it,” she said.

A job well done, in the 2nd heat of the women's 3000m in a time of 8:52.60 @youngverit21 gains an automatic qualifying spot for Friday evening's final at 8pm GMT. Congratulations and good luck from everyone at the club! pic.twitter.com/Gy1yUSfYGk

“I wanted to stay out of trouble but you have to deal with it as it comes. I am glad that I managed to work my way through and I am feeling good. It is great that we have all made it which maximises the chance of Britain getting a medal.

“My aim was to get to the final so the first race for me at this level it is great to have done that. It was a real boost to see Amy (Amy-Eloise Markovc) finish first in the first heat just as we came out.

Ockenden’s fellow Swansea Harrier Joe Brier starts his campaign on Friday morning as he takes part in the 400m heats.