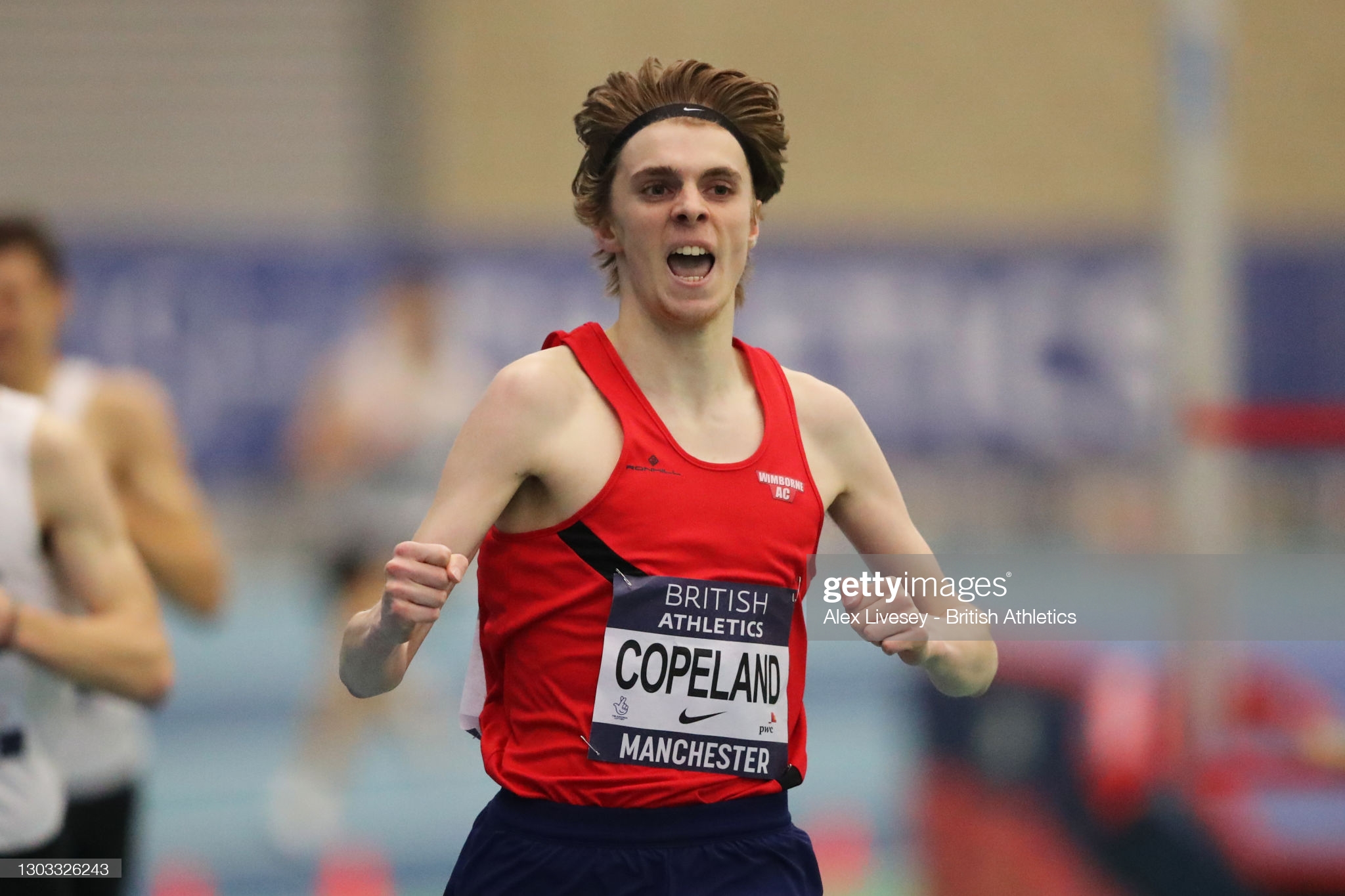 In the second of three articles with Welsh athletes competing at this weekend’s European Championships in Poland, Owen Morgan speaks to newly-adopted middle-distance ace and indoor record holder Piers Copeland.

With British middle distance running entering what could be a new golden era, rising 1500m star Piers Copeland is excited at the prospect of winning his first GB vest at this weekend’s European Athletics Championships in Poland.

The former Cardiff Metropolitan University Student, who hails from Dorset but has chosen to represent his adopted Wales, has shown outstanding form during the opening months of 2021 alongside a crop of other British middle distance prospects.

As well as securing his place at the Europeans in Torun thanks to a winning last month’s trials in Manchester, Copeland also broke James Thie’s 17-year-old Welsh indoor 1500m record the previous weekend.

Speaking for the first time since earning his first GB senior call-up, Copeland told Dai Sport: “Great Britain middle distance running at the moment is as good as it’s ever been, so making a finals is tough let alone getting a GB vest which makes it even better really.

“It makes it all the sweeter knowing you’ve managed to get it against all these other great guys.

“It was definitely in the back of my mind that if I ran well and did everything I knew I could do, it was a possibility.

“The only thing that made it slightly more challenging was not knowing whether, or when, I was going to get races, because I had some plans that were cancelled and ones I was told I could go to but for one reason or another couldn’t.

“The whole premise of the indoor season was to try and get selected for the European Indoor champs.

“Me and my coach tried to gauge everything towards the trials to try and get the time to get selected for that. It feels great that everything’s coming together.”

Copeland is hugely grateful for the part played by the governing body of his newly adopted country in helping him qualify for the Europeans amidst all the COVID-19 restrictions imposed on athletics.

“I have been really lucky actually,” says Copeland. “Welsh Athletics have managed to keep the indoor track in Cardiff open for elite level athletes during lockdown which has been absolutely vital for my training.

“It means I have been able to use the indoor track and get used to running on the bends and be able to do proper track sessions in the winter, which normally might not be so possible in the outdoors when it’s negative and really cold and things like that.

“Having the indoor track is what has been absolutely vital to my training and getting selected for the European Championships.”

Now the 22-year-old is hoping to make the most of the opportunity to pit his wits against Europe’s best.

“I just want to represent GB as well as I can,” says Copeland when asked what his goals are for Torun.

“But hopefully if I run well, and everything comes together I might be able to get into the final and then just go from there really and see what I can do.”

Copeland, who has made Cardiff his home since deciding to study in the capital, explained why he made the decision to compete for Wales in future.

And he was delighted to claim his first Welsh record when he shaded the previous indoor 1500m best set by Thie, a man Copeland knows well.

As well as being performance director for athletics and senior lecturer at Cardiff Met, Thie runs a highly successful training group in the city, where Copeland, who is coached by Bob Smith, regularly joins training sessions.

The Wimborne AC runner, who set the new record of 3:38.55 a the Bryggen Invitational in Manchester, said: “I went into the race having an eye on potentially getting it, especially if the race went to plan.

“I know James, I’m good friends with him. I had half an eye on it and thought if the race goes well I’ll be able to just get it’ because it’s a fantastic time and it was a really good record.

“The race went how I wanted it to, it was a good pace and I just managed to get it by a tenth or so. I saw him at the indoor track last week and he congratulated me. He was really nice about it.

“When I was at Cardiff Met, James gave me some great guidance and advice and helped me really settle in at Cardiff.

“Getting used to all the facilities and jumping in with his training group sometimes was really good and helpful, especially during the winter months when training can be quite bleak when the weather’s not so nice. It just helps you to get on with it.”

The economics graduate has taken a break from his studies to concentrate on his athletics career with this summer’s Tokyo Olympics and next year’s Commonwealth Games foremost in his plans .

“I decided with COVID this year I wasn’t going to do a Masters and I was going to take a year out and just run to see how well it went,” said Copeland

“Potentially in the future I could do a Masters at Cardiff Met if I feel it would be best for me in the future.

“After the Europeans, I will have a quick rest and get back into training. The main aim will firstly be trying to get the Olympic qualifying standard, I think I need to knock half a second off my personal best to get it.

“The second thing will be to go to the British Champs and try and qualify. Obviously it would be really, really tough this year because so many guys have got the standard or have got the potential to get it.

“Making the final will be really hard. I’ve obviously got to do as well as I can in the final to try and make the team.

“Beyond that, other races, I think it just depends on COVID and what I can do and where I can go really.”

Copeland is looking forward to making his debut in a Welsh vest, which due to the COVID uncertainty this season may have to wait until next year’s Commonwealth Games.

Copeland says: “There are three champs in about six weeks so it’s going to be hard to try and fit them all in and to see what I can do at each, but I think really, my priority will be qualifying for the Commonwealth Games.

“When you look at London 2012, the fans were fantastic, every session at the stadium was packed and I can imagine it will be something similar next year, so that really excites me.

“Hopefully we can get a full crowd and have all the support of the home nations which will be great.

“If I got the opportunity to pull on the Welsh vest before then I would love to do it, if not that might be the first opportunity I get which would be fantastic.”