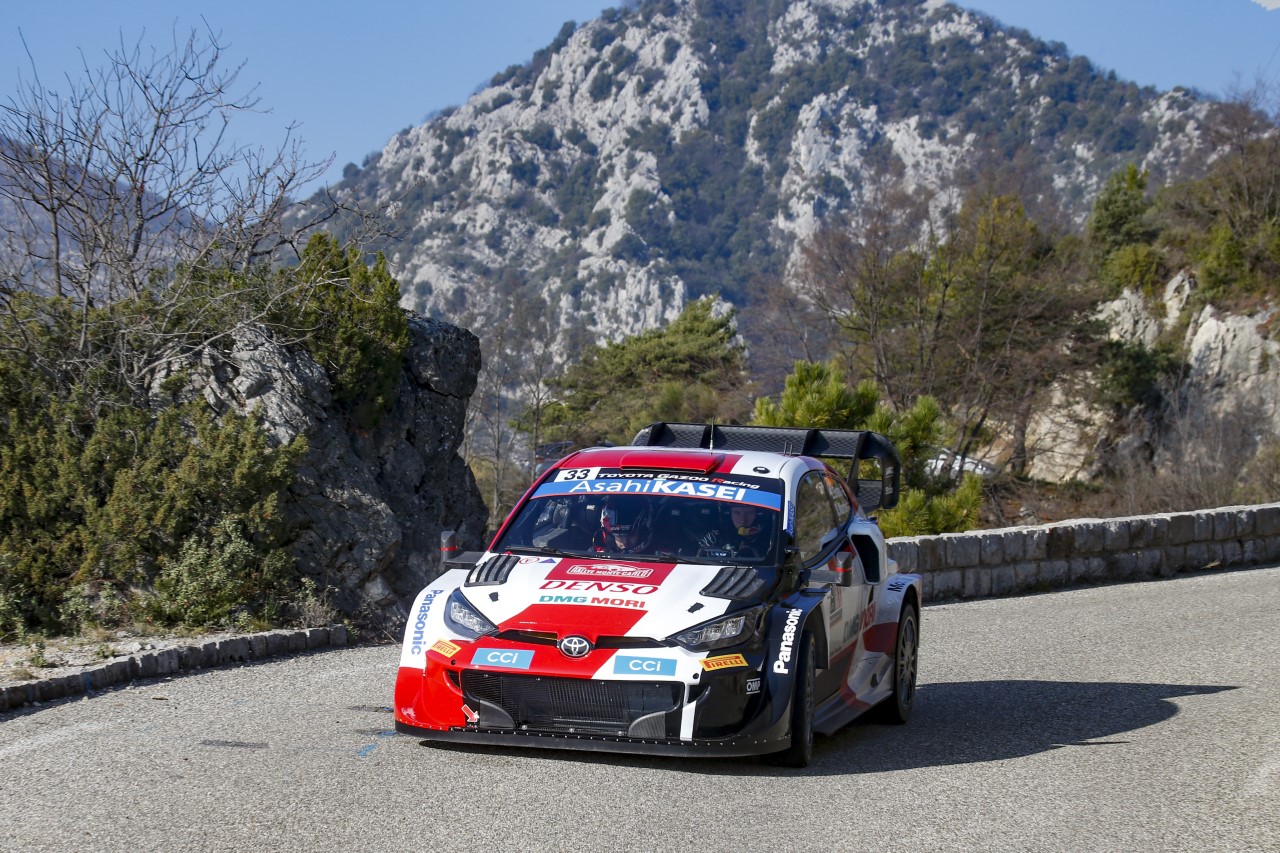 It might not be the result that Elfyn Evans wanted, but there are plenty of positives for the Welsh driver to take away from the 2022 Monte Carlo Rally.

Having finished third in 2020 and second in 2021, he can’t shy away from the disappointment of coming home 21st this time.

But all is not lost.

Quite the opposite, in fact.

Co-driven by Scott Martin, Evans was as high as second on Friday – his brand-new Toyota GR Yaris Rally1 machine providing super-fast and reliable out of the box.

He was battling for the lead when he slipped backwards off the road on SS11, in what was the least spectacular crash on the event.

Google ‘Adrien Fourmaux’ if you want to see a proper accident!

Perched precariously on a steep bank, spectators eventually dragged, pulled and pushed Evans’s undamaged Yaris back onto the road.

Elfyn Evans is back on the road! 👏

Unfortunately, the tiny mistake had cost Evans dearly – losing him 20 minutes and dropping him from third to 34th.

“It was going pretty well up until then,” said Evans.

“I’d made it out of the difficult part of the stage but then I just got caught out on a tricky right-hander.

“I had some information in my pace-notes but it seemed to spring out of nowhere and I just braked too late.

“The car was in a difficult position so thanks to the fans for all their help, they were really good.

“We got it back on the stage and got going again but we had lost so much time.”

Hopes of scoring championship points were now limited to the bonus points scoring closing Power Stage, although Evans had to get there first.

And there was more drama on Sunday morning when Evans had to stop and change a puncture on SS15 – leaving him with no spare for the rest of the day.

But not only did he reach the Power Stage, Evans drove magnificently to set the second-fastest time to score four points.

That leaves him ninth in the drivers’ standings, 23 points behind the leader.

It wasn’t the way we wanted to start the season obviously but the positive is that the @TGR_WRC GR Yaris felt really good and all team drivers set competitive times so well done to the team for their work. It’s results that count so we need to focus on Sweden now #EE33 #wrc pic.twitter.com/TL7l8KXh5F

So, what exactly are the plenty of positives?

Well, for starters the drivers who finished first and second on the Monte, Sébastien Loeb and Sébastien Ogier, aren’t doing the full World Rally Championship season – so Evans can discount them as title rivals.

And on the Monte Carlo Rally performance, he can also discount the Hyundai drivers – for its new hybrid Rally1 was the exact opposite of fast and reliable, with only one of its team drivers, Thierry Neuville, reaching the finish almost eight minutes behind the winner.

But best of all, Toyota seems to have unwrapped a wonderful hybrid Rally1 machine.

The M-Sport Ford Puma might have won the Monte, but it was a very close fight with the Toyota GR Yaris.

And without Loeb and Ogier, Evans is one of the drivers with the most experience, and in one of the best cars, committed to contesting every round of the series.

“It wasn’t the way we wanted to start the season obviously, but the positive is that the Toyota GR Yaris felt really good, and all team drivers set competitive times so well done to the team for their work,” adds Evans.

“But it’s results that count for the championships, so we need to take that potential and focus on Sweden now.”