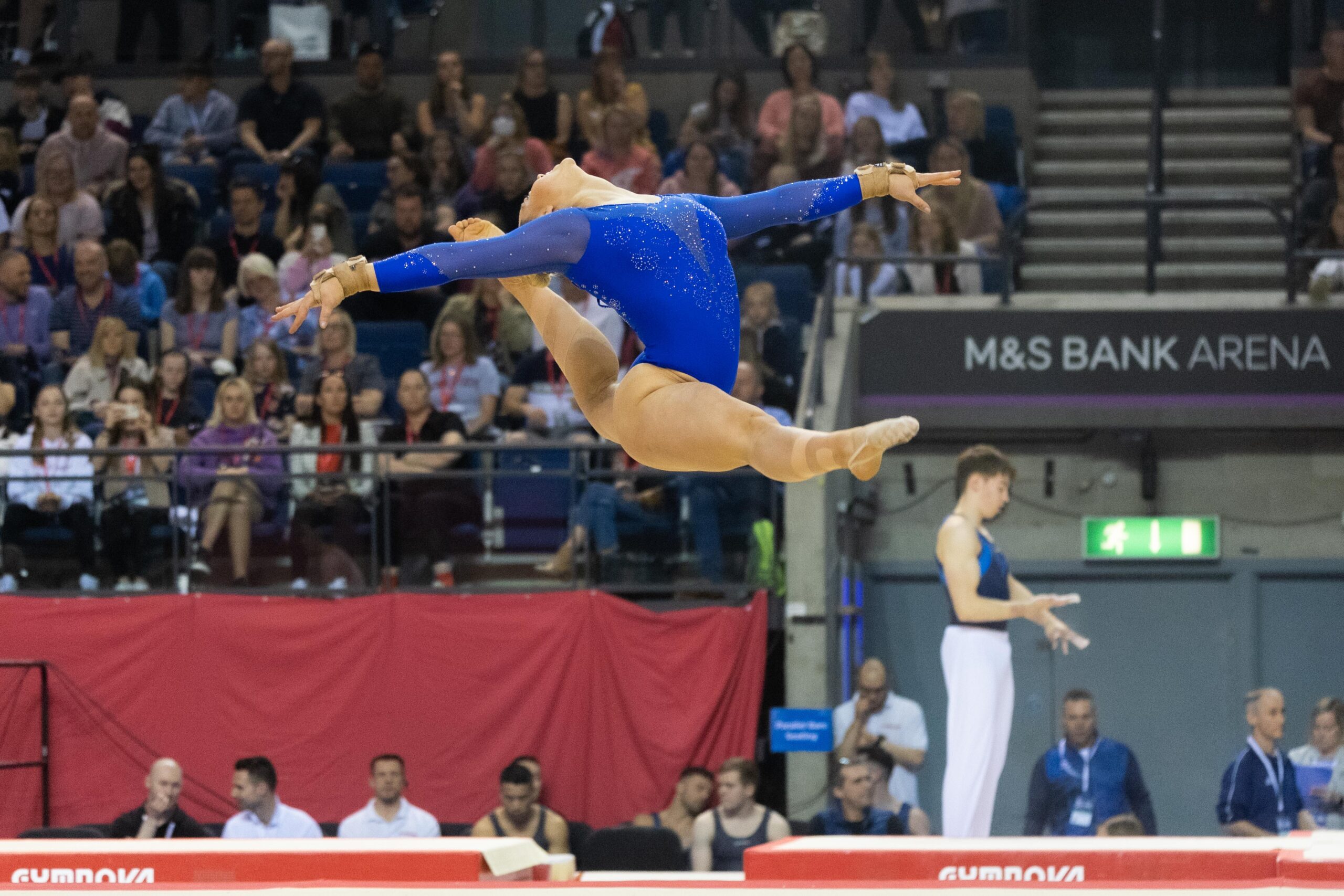 Gymnast Poppy Stickler is the latest pupil to be honoured in Whitchurch High School’s renowned Hall of Fame.

Gareth Bale, Sam Warburton and Geraint Thomas already grace the walls of the most famous sporting school in Wales.

Now it’s the turn of Sticker. The Cardiff pupil – who turns 16 on June 12 – is a strong contender to be named in the Wales squad for this summer’s Commonwealth Games in Birmingham.

But after being included last month in the Women’s Artistic British Senior Squad for 2022, she has been added to the International Hall of Fame wall at Whitchurch High, where she is a Year 11 student and preparing to sit her GCSEs this summer.

It means her profile will sit alongside Wales football captain Bale, former Wales and Lions rugby skipper Warburton as well as Tour de France winner Thomas, as well as countless others from the remarkable state school who have gone on to represent their country.

Stickler’s elevation to such elite status follows on from her brilliant bronze medal winning performance on the floor at the Artistic British Championships in Liverpool at the end of March, in what is her first year as a senior gymnast.

“I feel honoured to be put up on the wall of fame along with so many amazing faces,” said Stickler on her achievement.

“It means a lot knowing my school are proud of me and want to celebrate my achievements. My teachers have been extremely supportive throughout my high school education, allowing me to catch up on work I have missed and extending deadlines for me in order to continue my training and accomplish my goals.”

Earlier this year Stickler made her senior bow at the Welsh Artistic Championships in Cardiff, winning gold on the floor and silver in the all-around.

Also a former British Championship medallist in both the espoir and junior categories, Stickler helped Wales win team gold at the Northern Europeans in Iceland in 2019.

“To see her represent her country with such great success at such a young age, whilst balancing the demands of a challenging year of her education, is testament to her commitment, hard work and talent.  She is an inspiration to us all.

“Poppy’s place in the Whitchurch Hall of Fame alongside the likes of Sam Warburton, Gareth Bale and Geraint Thomas is richly deserved.

“We wish her all the very best for gymnastic success in the years to come and we look forward to applauding her future achievements.”

“Poppy has matured into a great role model, inspiring the next generation. She brings a lot of energy to the group, has always worked hard as a gymnast, and has the full support from her family.

“It was great to see her named as part of the British Gymnastics Senior Squad after being part of the squad system from the age of nine years old.

“Poppy started her gymnastics at Capital Academy of Gymnastics and from an early age came into the centralised programme, but has always kept a great relationship with her first club and coaches – and I know they are also proud of how far she has come.”

Jane Humpage, PE teacher at Whitchurch, said: “Poppy is an incredibly hard working, grounded and humble student. Her achievements so far in gymnastics have been outstanding and something she rarely talks about unless probed.

“Her drive to succeed in school is incredible, considering all the hours of dedicated training she has to complete every week.

“The way in which she can balance her commitments is truly admirable, she is a fantastic role model for both staff and students.