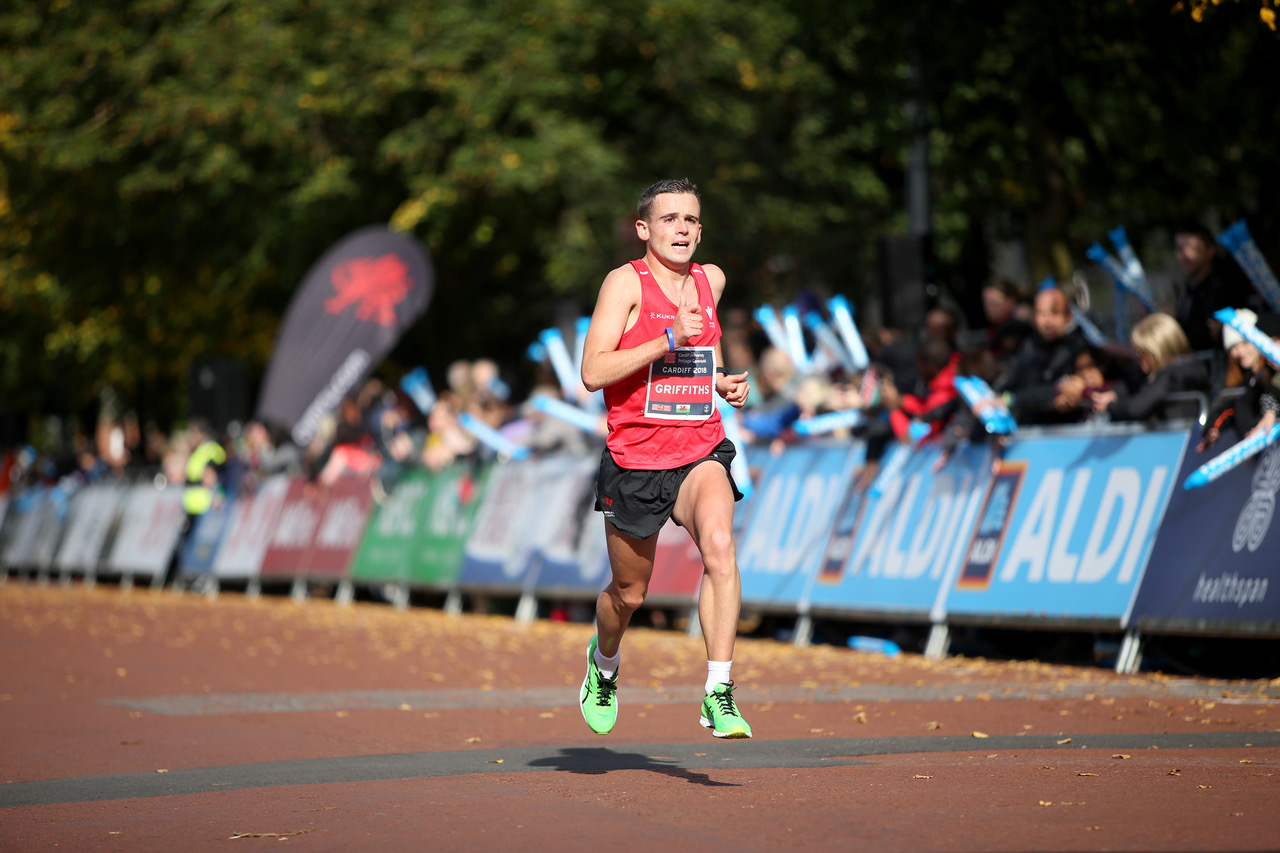 Josh Griffiths will be out to lead a 4,000 strong field when the inaugural Healthspan Porthcawl 10K takes place on Sunday.

In the women’s race Natasha Cockram and Jenny Spink head the elite field.

Griffiths has established himself amongst the top Welsh road runners in recent years, notably claiming the 2017 British Marathon title in London.

The Swansea Harrier went on to represent Britainat the 2017 World Championship Marathon in London and will be out to claim his first victory on the roads this year ahead of a sold-out 4,000-strong field.

Since then he has claimed a top 15 finish at the Commonwealth Games on the Gold Coast and brought his 10km and Half Marathon times down to 29:28 and 64:54 respectively.

He began the 2018 Healthspan Wales 10k Series with a third place finish in 29:34 and starts the third race in Porthcawl as a resounding favourite.

Phil Wylie of Cheltenham & County Harriers is another sub 30 man and the next fastest on paper with a best of 29:30 that dates back to 2013.

James Hunt is a Cardiff AC athlete who is still chasing the illusive 30 minute barrier but is getting ever closer. The 2018 Welsh Cross Country Champion will need to dig deep however if he is going to challenge race favourite Griffiths.

Natasha Cockram of MMRT has shown massive improvements since return her return from an Athletics Scholarship at Tulsa University.

She moved in to the athletics limelight following a fourth place at the Dublin Marathon last year, following up with a 2:34.18 best at the Chevron Houston Marathon at the start of the year. Recent 10k form includes a win at the Vienna 10k in 34:37.

Jenny Spink is an experienced racer whose most recent win was at the Asics Greater Manchester Marathon in April. The Bristol & West AC athlete is the second fastest athlete on paper with a best of 33:34 and is likely to feature at the front of the women’s contest.

Rachel Felton of Shaftesbury Barnet Harriers will also race in Porthcawl. She is a regular to races in South Wales and won the first edition of the Barry Island 10k just down the coast, last summer.