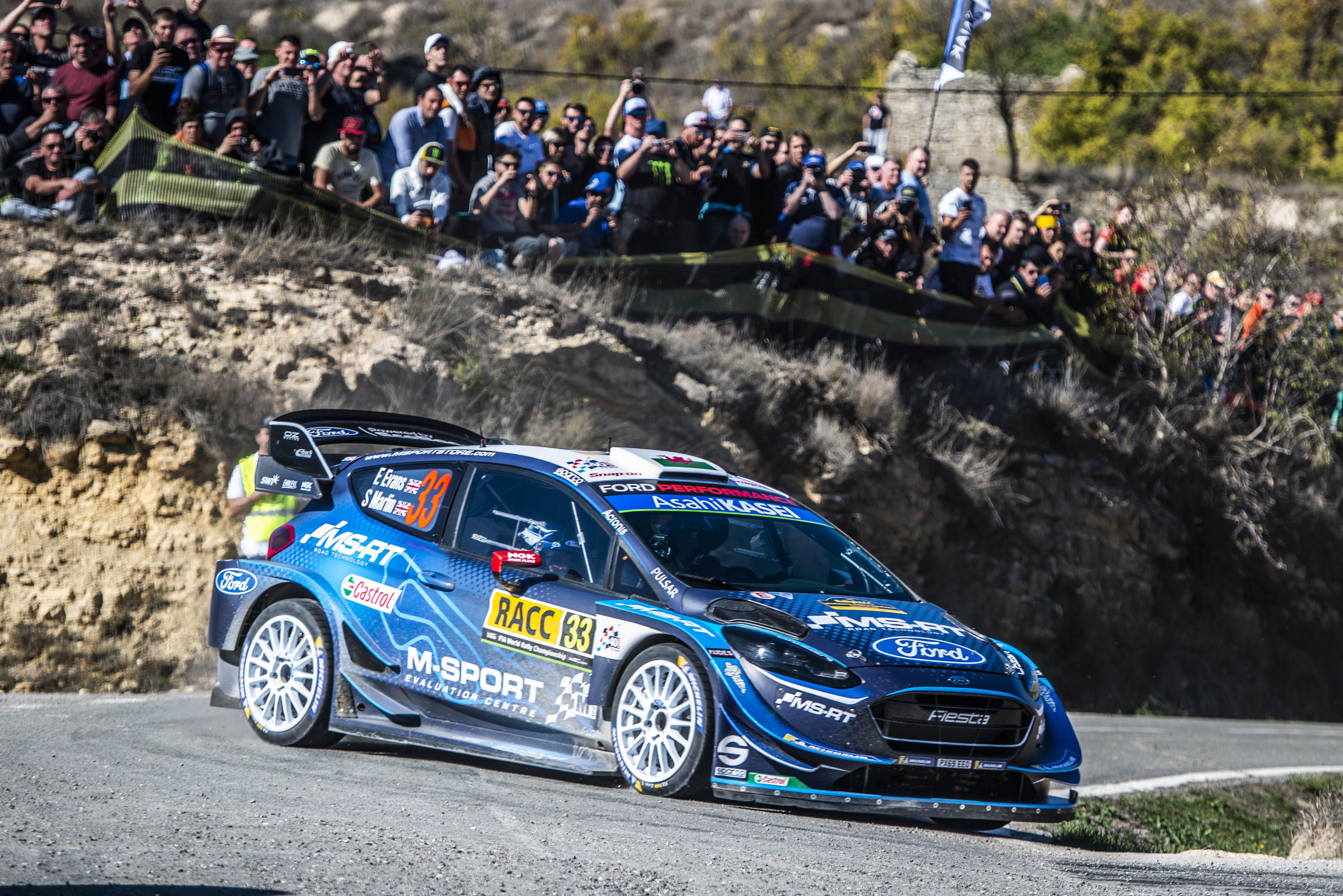 What might have been: Elfyn Evans was super quick on the final stage of Rally Spain.

Elfyn Evans finished Rally Spain in style by setting the second fastest time on the closing Power Stage – beaten only to the top time by Ott Tänak/Martin Järveoja, who yesterday became the 2019 FIA World Rally Champions.

Together with co-driver Scott Martin, Evans had struggled since a misfire on Friday put the M-Sport Ford Fiesta WRC driver out of contention – and from then on it was a frustrating run to the finish.

But the extra Power Stage bonus points have put the Dolgellau ace up into equal fourth in the drivers’ points standings – which is back to where he was before an injury enforced layoff saw him miss three rounds of the series.

“Sixth place isn’t the result we wanted this weekend,” said Evans. “At times we were able to show the speed we were capable of, but unfortunately we weren’t able to do that all the time and I was struggling with the general feeling. But we made a small change for the Power Stage and I was able to really push. We secured a good result there, and moved up again in the championship which is a positive.”