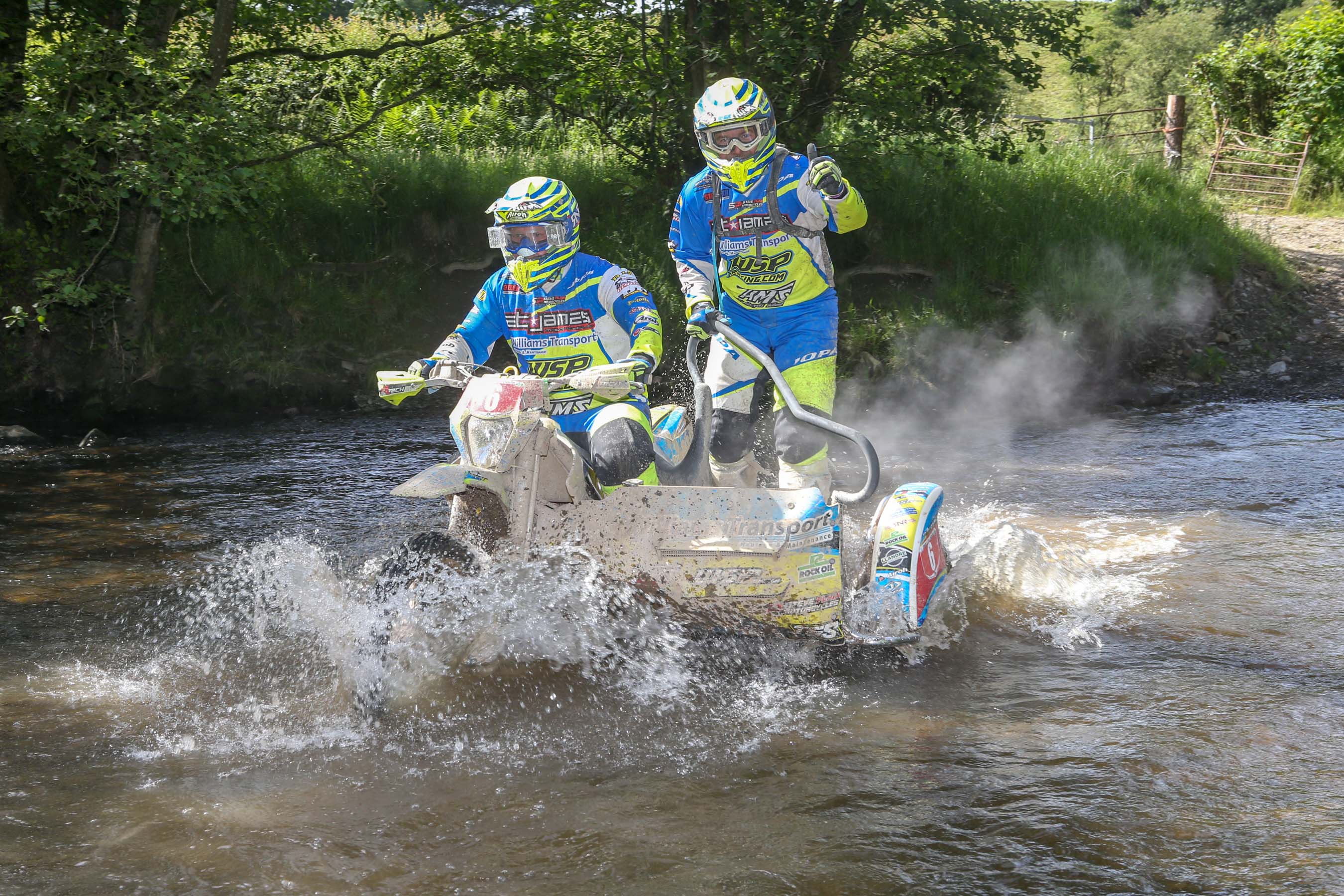 A maximum entry of 500 motorcycles took part in the event, which contained a 130 mile lap – with nine checkpoints and three timed special tests on private land.

The first of the sidecars left the start line and headed out to the first timed test just on the outskirts of Llandrindod, and from there the riders headed out towards Hundred House and on to a loop of the Radnor forest. The second of the timed tests would be held at the popular Saints Well motocross track where Alun Davies/James Ferguson from Caio would take a nasty tumble, with Davies needing the assistance of the Wales Air Ambulance, with x-rays at a Cardiff hospital revealing a fractured femur.

From there the ‘bikes headed back into the Red Lion forest and onto the third timed test at Abbeycwmhir, near Rhayader, for a grassland test before heading back to the overnight halt in Llandrindod.

Day two would see an early start, with the route being a reverse of day one but still over 130 miles of tough going in the Mid-Wales hills. With the first of the ‘bikes returning to the final check back at the lakeside mid-afternoon and the awards presentation at the Metropole Hotel that night. The overall winner would be Daniel Mundell from Barnstaple riding a Sherco 250, beating runner-up Daryl Bolter on a Husqvarna 350 by 28 seconds.

But there was plenty of home success, with Robert Jones from Llanidloes winning the Classic Expert class on his Maico 490. Will Lloyd from New Rador took honours in the Vets Clubman class riding a KTM 300. The Clubman class saw Tregaron rider Gareth Jones take the overall win aboard a Husqvarna 300, whilst the runner-up would be Mathew Harries (Lampeter), who also won the E1 clubman class on a KTM 125. The Vets Expert class saw Beta 250 rider Andrew Edwards (Wrexham) take the class win by four seconds from Rowan Jones (Llanidloes) on his Yamaha Off Road Experience ‘bike after an epic two-day battle. Monmouth rider Roger Holland took the Expert class win on a KTM 250.