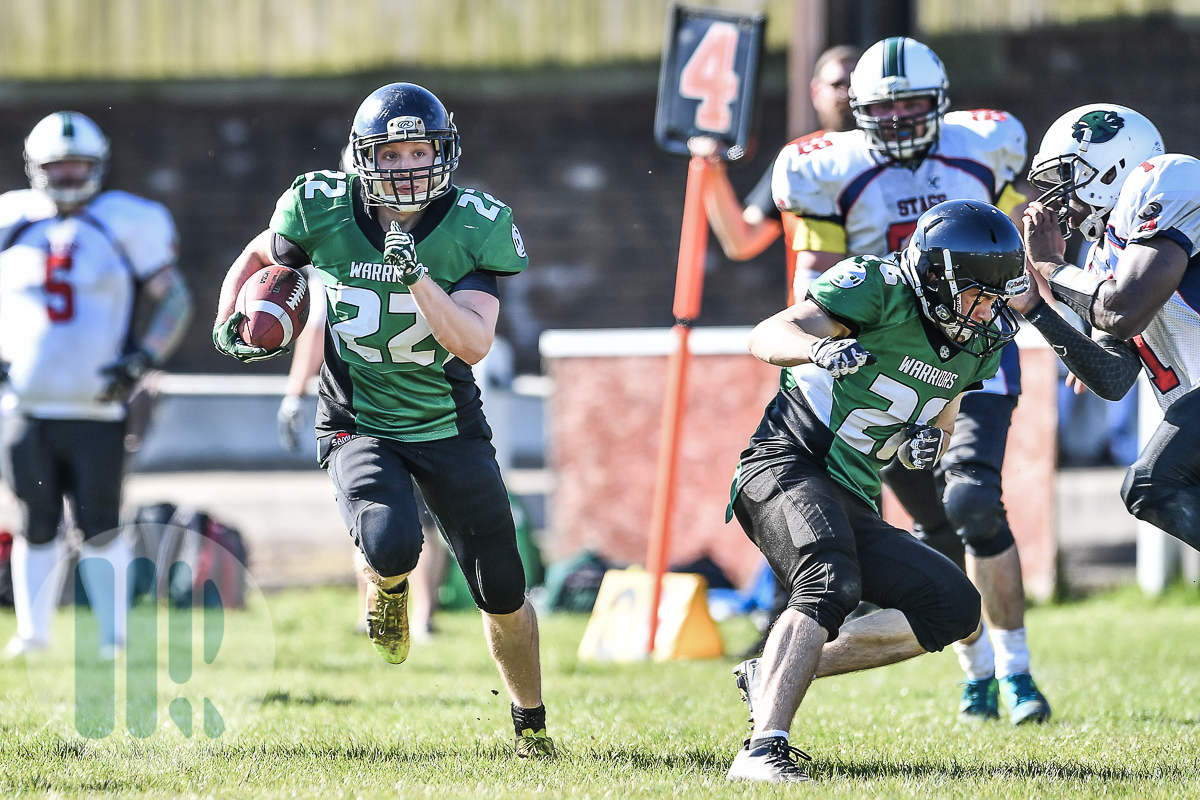 Excitement is building among the South Wales Warriors who can take a giant step towards securing their division title when they host the Torbay Trojans on Sunday.

The Warriors are looking for back to back victories over their only rivals for the British American Football League (BAFA) division two south west title at Llanharan Rugby Club’s Dairy Field.

“We’re all excited for the game on Sunday. The team is in good spirits,” says head coach Geraint Roberts who has led his side to a so far perfect six wins from six.

The latest of which came a fortnight ago in Devon when the Warriors came from 6-0 down to defeat the Trojans 6-14 to put themselves in pole position for the divisional title, with both teams having now also secured play-off places.

Both teams had been engaged in a phoney war before their first meeting. The Warriors had registered big wins without being tested since their narrow opening day victory over the Somerst Wyverns while the Trojans had steadily built on their performances before falling to the Warriors in their first defeat of the season.

The Warriors, who are now ranked as the number one team across all of division two in the British American Football website Double Coverage power rankings, will all but secure the division title should they win Sunday’s 2.30pm kick off.

To secure home field advantage for the play-offs the Warriors need to keep a clean sheet and do so once more when they travel to the lowly Cornish Sharks for their final regular season fixture.

But Roberts says the Warriors, who were relegated from the middle tier last season, aren’t relaxing heading into their final two fixtures: “We’re putting pressure on ourselves each week to win. Going eight and 0 is our target.”

The physical Trojans, who have a strong running game and an impressive offensive line, will now know how they compare to the Warriors who they matched toe to toe in their first encounter.

“I would imagine that both teams will look to introduce plays that will counter the opposition’s strengths,” says Roberts of the likely impact the experience and knowledge gained by both teams will have on Sunday’s game.