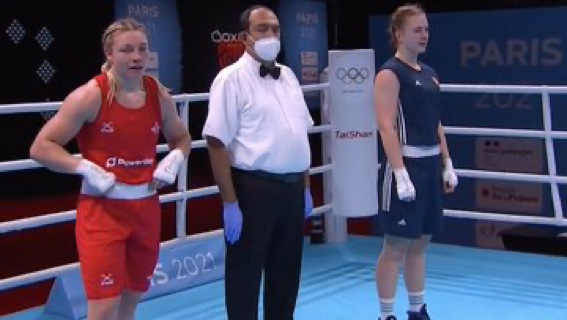 Welsh boxing ace Lauren Price will fulfil a dream she has held since childhood after booking her ticket to the Olympic Games in Tokyo.

The 26-year-old from Bargoed sealed her place in Team GB for Japan this summer after reaching the semi-finals of the qualifying tournament in Paris on Saturday night.

Price saw off Ukraine’s Anastasiia Chernokolenko in the middleweight quarter-finals by unanimous decision.

And now she has the chance to add to the World, European and Commonwealth crowns she already owns.

Price will face Ireland’s Aoife O’Rourke on Monday in a bid to reach the final and further improve her seeding for Tokyo.

She became the sixth member of GB Boxing to confirm their spot in the Olympics with the qualifying tournament having been delayed by more than a year due to COVID-19 after the event in London was cancelled after a few days.

Price had opened her qualifying attempt by beating local fighter Davina Michel by unanimous decision on Friday knowing one more wi would be enough with four qualifying spots up for grabs.

The former footballer returned to action earlier this year after 13 moths out of the ring winning silver then bronze at tournaments in Hungary and the Czech Republic.