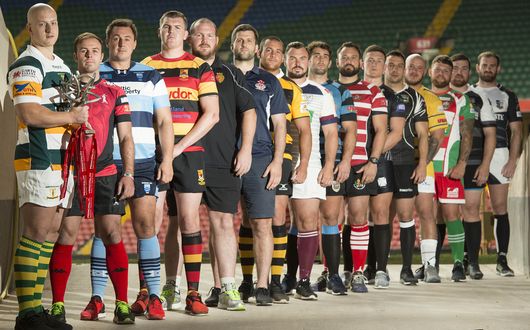 The Boxing Day derbies at Guinness Pro14 level may have gone – dispersed elsewhere to spread the workload on players – so why not get your December 26th fix by heading towards Aberavon v Neath? It’s always a feisty derby and one of a number of local dust-ups that Geraint Powell says have plenty of spice despite the constant tinkering with the division.

The Principality Premiership, the modern and official incarnation of the old unofficial Western Mail Championship, has a terrible time of it as a commercial offering, not helped by it being identity-diluted in some critical South Wales consumer markets.

The various factions and cliques that comprise the decision makers in Welsh regional, semi-professional club and grassroots club rugby seemingly never able to agree on the role, funding, composition and format of this semi-professional division from one season to the next, but the division is certainly getting fascinating as we head into the festive period this year.

Dale “the Chief” McIntosh’s defending champions Merthyr, generously bankrolled by Sir Stan Thomas, have recently seen their significant lead at the top of the table shrink to just two points on 61 points.

At one point they looked as if they were going to pull well clear of the chasing back, but home defeats to Newport and Cardiff this month have seen their lead whittled away.

They will be looking to re-group over the festive season, with away matches at relegation battle strugglers Bedwas and Bargoed.

On the back of five successive wins since their defeat at The Wern in early-November, Justin Burnell’s Pontypridd now find themselves on 59 points and just two points behind big-spending Merthyr.

Ponty have had to rely more heavily on the regional player pool than their eastern Glamorgan valleys rival, particularly the seemingly inexhaustible production line of talent from the Rhondda Cynon Taff schools and club age grades for the professional regional game.

The festive period sees Pontypridd travel to Llanelli this Saturday, before their televised trip to the Arms Park on New Year’s Day to play third-placed Cardiff.

Given the fixtures of Merthyr, it is doubtful whether any slip-ups can be afforded if the pressure is to be maintained.

Steve “Spot” Law’s Cardiff, five points further back on 54 points, and having laid out their title credentials with a 34-28 win over Merthyr at The Wern in last Friday’s televised match, will be looking to secure home wins over Llandovery and Pontypridd this festive period.

That would place them well and truly in the title race.

Just a few points behind, somewhat out of the limelight but on 51 points, is Greg Woods’ Ebbw Vale.  They will be looking to secure away wins at Aberavon and Bedwas over the festive period, but are well placed should the teams above them slip up in addition to taking points off each other.

Aberavon and RGC each have a game in hand but all five teams are placed to get into title contention should they find form and go on an unbeaten run whilst those above do the opposite.

Carmarthen Quins are slightly further back on 38 points, but currently 11 points clear of the relegation dogfight below them.

In many ways, relegation is the story of the division this season.

After three seasons of being ring-fenced at 16 clubs, the division is being reduced to 12 clubs for next season through four clubs being relegated and a fifth being exposed to a play-off against any “A” licence Championship winner.

That increasingly looks like an unappetising sudden death encounter against a revitalised Pontypool.

A gradually strengthening Pooler have been excluded for the last three seasons and confined to taking out their frustrations in WRU National Cup wins over Llanelli, Cardiff and Carmarthen Quins.

Cross Keys (23 points) reached the final of the British and Irish Cup in 2012, the best ever performance by any Welsh semi-professional club or Premiership Select before the tournament finally ended last summer.

Neath, adrift at the bottom, and currently beset by off-field problems around benefactor Mike Cuddy, look doomed to relegation and their priority is likely to be simply completing their fixture list this season to avoid going to the bottom of the league pyramid next season.

Bargoed desperately need to secure a win or two to also avoid becoming tailed off, and they have home advantage against Newport and league leaders Merthyr, but the focus of this festive period will be on the matches involving Swansea, Llanelli, Cross Keys, Bedwas and Bridgend and the battle for safety at 10th and 11th place or to catch 9th placed Carmarthen Quins on 39 points.

Swansea, Cross Keys, Bedwas and Bargoed have played one game less than Llanelli, with Bridgend having two games in hand. The historic West Wales derby, Turks v Jacks, is on 29 December.

Whatever the merits of reducing the Principality Premiership to 12 clubs, let alone in one go with a mass relegation of four or five clubs, there is going to be much to play for in the bottom half of the division over the festive period and beyond and possibly until the last day of the season.

One thought on “The Principality Premiership . . . Messed Up, Mangled And Mulitated, But Still Providing Festive Spice”