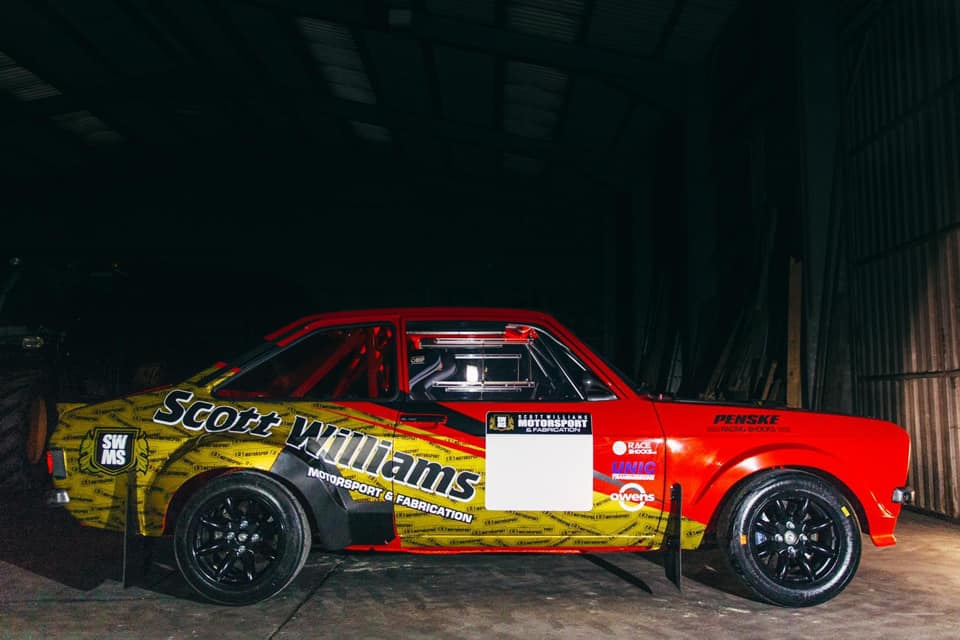 Co-driven by Phil Clarke, the three time British Historic Rally and defending Protyre Asphalt Rally Champion has been seeded at number 10 in the new car, which will be one of the many star attractions on Wales’ first closed road stage rally.

“I couldn’t really turn down the opportunity to compete on the first closed road rally in Wales, it’s an opportunity not to be missed,” said Pritchard. “The effort and preparation from the organising team is second to none so it was an easy decision to support the event. I have no experience of the stages apart from my Dad telling me stories about them over an ice cream in Aberystwyth when I was a child. But, from the videos, they look tricky and very easy to make a mistake. The scenery is stunning and I’m sure it will be an enjoyable event.

“To say I’m excited to get behind the wheel of this stunning Mark 2 Escort would be an understatement. It has been built by the boys at Scott Williams Motorsport immaculately and in such a short space of time. Having been down to the workshop to see the build progressing, it is easy to see that the team really do have a passion for their work and the attention to detail is superb. Once again I can’t thank Scott enough for giving me the chance to drive his car on this event.”

Spectating on this historic event is strictly by ticket only, and there will also a park and ride system in operation which departs from Aberystwyth every 15 – 20 minutes. There are three strategically positioned Fan Zones, providing spectators with a great viewing experience on SS1 (repeated as SS5), SS3 (repeated as SS7) and SS4 (repeated as SS8).