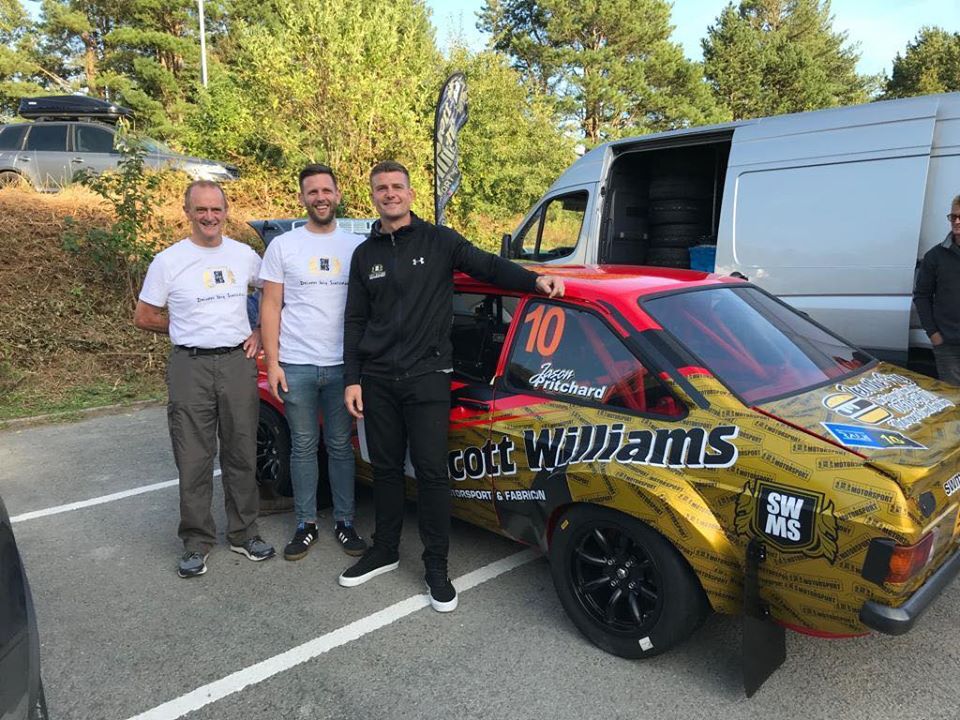 Jason Pritchard (centre) was on top form again in a Scott Williams Motorsport-built Escort, this time in Ireland.

Jason Pritchard made an impressive debut on the Killarney Historic Rally, finishing sixth in the modified classics category in a Scott Williams Motorsport-built Ford Escort Mk2.

This was the second time that the triple British Historic and double National Asphalt rally champion had driven the instantly recognisable ‘SWM12’ machine in competition. Previous to this outing, Pritchard finished a magnificent third overall and first two-wheel drive car home (by almost a minute) on September’s Get Connected Rali Bae Ceredigion, which was Wales’ first closed road stage rally.

Together with co-driver Phil Clarke, the Builth Wells speedster didn’t have time to test the Scott Williams Motorsport car before the Irish event started, but was nevertheless on top form against strong opposition.

The Killarney Historic is the only rally in Ireland to cater exclusively for historic rally cars. The one day event featured eight stages, with 75 stage miles spread out over two runs over the famous Molls Gap, Beallaghbeama Pass and Shanera stages, and a blast through the spectator-friendly Rockfield and Coolick tests.

“I’m delighted to have finished the Killarney Historic Rally at my first attempt, and thanks to all the organisers, competitors and marshals for making us so welcome,” said Pritchard. “The Scott Williams Motorsport car ran faultlessly all day, and every mile in the car gets more and more enjoyable.

“I wouldn’t have be here if it wasn’t for Killarney & District Motor Club, Johnny Hickey, Scott Williams, Rentokil Initial and North Road Garage, so a big thank you to all of them. Hopefully we’ll be back in Killarney in twelve months time.”

“Well what a day in Killarney, steady away gradually building the confidence to set some top three stage times by the end of the day and ending up sixth overall,” added Clarke. “Top job by Jason as always, thanks for an awesome ride! Thanks to Scott Williams Motorsport for the car and to Barry and Gary on the spanners.”

Gareth Lloyd competed on his first Killarney historic rally back in 1998, and has been a regular competitor over there ever since. Co-driven by David Byrne, the West Wales Rally Spares pilot finished 37th in his modified Escort Mk2.