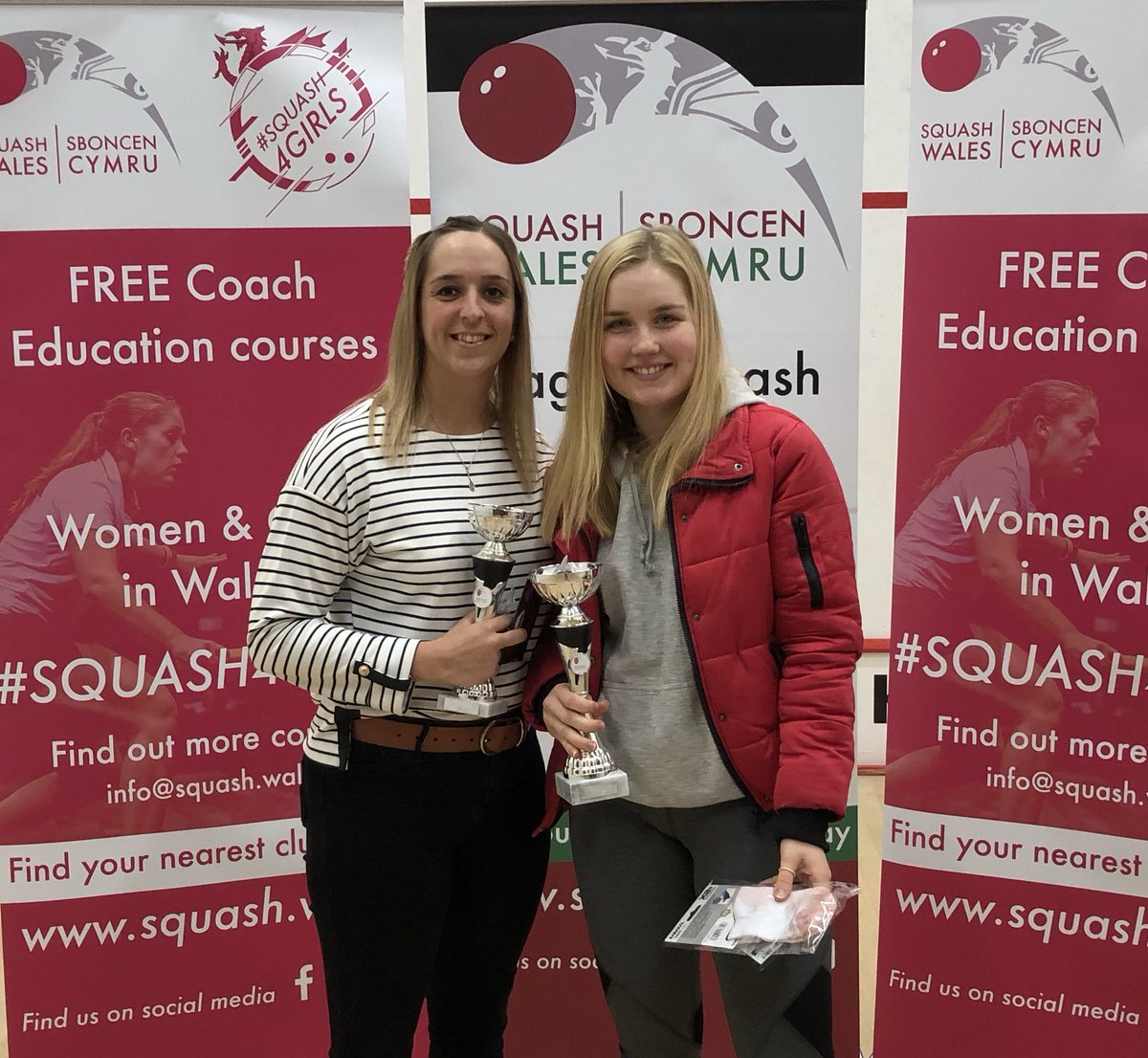 Tesni Evans has been crowned Welsh squash champion for a seventh time and says: “The national title is high on my priority list.”

Evans, though, loves playing in the Welsh Championships and flew back from squash commitments in Egypt, landing less than 24 hours before the event started in Cardiff.

After three days in South Wales, Evans was on her way again. Next stop Texas and the $55,000 J Warren Young Memorial Texas Open in Dallas.

“My schedule right now is crazy,” says Evans, who was born in Cardiff and lives in Rhyl. “I came straight to Cardiff after getting back from Egypt and played my first match the next day.

“It was important to play in the Welsh Championships. You don’t forget where you come from. I am proud to be Welsh.

“When I first started playing squash my ambition was to be champion of Wales, but I didn’t think I would win the title seven times.

“The women’s drew is really strong now, but I would love to think I can win more Welsh titles.

“There are strong players competing and quality young players coming through. Layna Beattie, who is still only 17, is already making the top eight.

Really positive about this weekend with a lot to take away, thanks @sqwales for holding the event, happy to finish 7th at the Welsh senior nationals✅ @head_squash #teamHEAD #welshandproud

“Competition is strong and that’s credit to what Wales are doing for squash.”

Tesni won the Welsh women’s title without dropping a game, beating Barry-born Deon Saffery, who lives in Solihull and plays out of the West Warwicks club.

Tesni’s brother, Emyr, reached the men’s final and almost made it a Welsh family double, but he was edged out 3-2 by defending champion Peter Creed.

“Emyr’s playing really well and improving all the time, maturing,” said Tesni. “It’s tough for Emyr against Peter, who has so much experience.

“Hopefully he will learn from this final and, over the next couple of years, can go one better and win the title.”

Emyr plays for the Welsh Wizards in the Premier Squash League on Tuesday when they take on group leaders St George’s in Surrey.

Tesni was due to play for Wizards, but is being rested because of her playing schedule and the toll taken by long-haul flights.

The decision was made following talks between Tesni and Wizards team manager David Evans, a former full-time professional and British Open squash champion.

“The Welsh Wizards experience has been amazing,” says Tesni. “I’ve played Premier League squash for a few years now, but playing for my home team has been unbelievable.

“Everybody has got behind the Wizards and all the players love playing, particularly in front of Welsh fans at home.

“We are in with a shout of qualifying for the semi-finals, which is impressive for a first year team.”