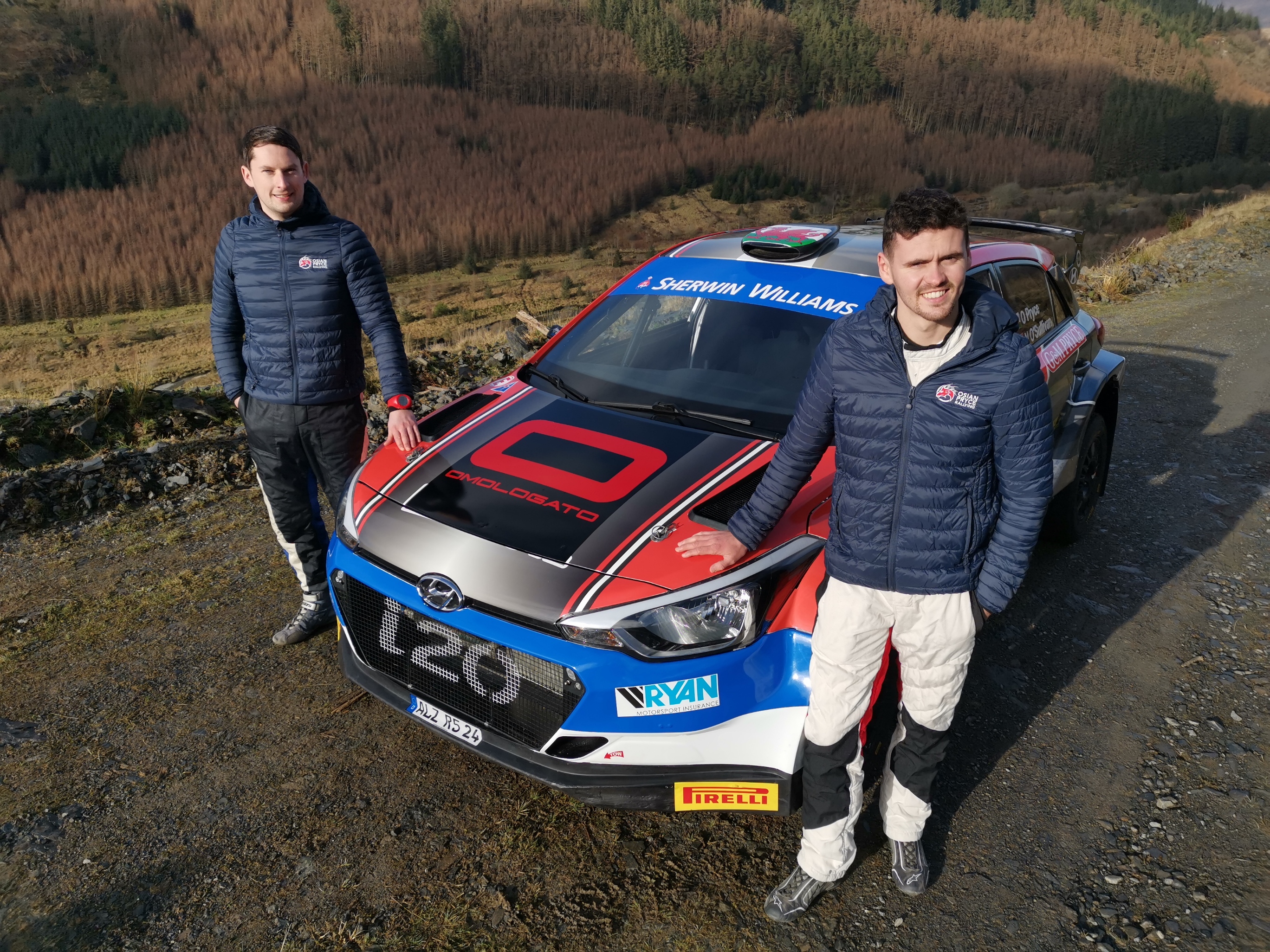 Osian Pryce makes a very welcome return to the British Rally Championship (BRC), as Welsh drivers dominate the leading entries for this Saturday’s opening round of the series, the Visit Conwy Cambrian Rally.

It’s been over two and a half years since the talented 26-year old Machynlleth-born driver was last seen in Britain’s premier rally series – where he led the 2017 championship at half distance, before mechanical gremlins in the second half of the season ended his title challenge. His last BRC outing was the Ulster Rally in August 2017.

“It’s hard to believe it’s been two and a half years since I last competed in the British Rally Championship, so it feels great to be back,” said Pryce. “It will be the first time that I’ve driven a Hyundai i20 R5 on gravel, but I’m confident that it won’t take me long to get back into my stride. A win this weekend would be nice, but a place on the podium is a more realistic aim, especially as there are a lot of good drivers on the Cambrian with considerably more recent R5 experience than me. I’ll certainly be aiming to score the best result I can, and one that will hopefully give people something to talk about. This event is all about getting noticed and building on what I hope will turn into a full attempt at the British title.”

Back-to-back British champion Matt Edwards will start the event at number one in his Ford Fiesta R5.

The Llandudno-based event is Edwards’ home rally – his father Alyn is Clerk of the Course – and together with co-driver Darren Garrod he’ll be aiming to retain his Cambrian crown.

Tom Cave/Dale Furniss start at number three in their PCRS-prepared Hyundai i20 R5. Last October the Aberdyfi driver recorded his best ever World Rally Championship result of 11th overall on Wales Rally GB in the same forests, and after winning three of lasts year’s six BRC rounds and setting more fastest stage times than any other driver, Cave starts the new season full of confidence.

“It’s great to be back in the British Rally Championship and after finishing second place for the third time last year, adding to my results in 2016 and 2012, I feel I have some unfinished business to attend to,” says Cave. “We’ve spent the past few weeks bringing everything together for this season, so I’m delighted to be able to kick things off with the Cambrian Rally this weekend.”

Rhys Yates is the first non-Wales driver on the start list at three, although the WRC star is partnered by James Morgan from Hirwaun in a Fiesta R5.

Former Welsh Forest Rally Champions Dylan Davies/Llion Williams contest their first event in a newly acquired Škoda Fabia R5, while another exciting car switch has been made by James Williams.

The 21-year old from Newcastle Emlyn has become an established name in the BRC, taking multiple Junior BRC podiums including two dominate wins in Ypres. Together with Dai Roberts, James now makes a big step up from front-wheel drive cars to a top-flight four-wheel drive Proton Iriz R5.

“The last two years have been fairly successful in the JBRC and I felt like I have earned the right to move up,” says Williams. “We could have had more success, okay, we won a few events, but we were unlucky to not win a few more. I am the most relaxed I have been for a number of years and the 2020 move is a natural progression for myself and the exciting Proton project.

“I’ve driven the R5 Fiesta and the Hyundai during a BRC test which was a great experience, so I had a benchmark in the soil so I could see where the Iriz matched-up against the others. I was very surprised with the package from Proton. Factory driver Ollie Mellors has proved on BTRDA events that the car is very competitive, and I hope we can replicate that and if the opportunity arises, I want to continue this beyond the first round as I am very excited by the project.”

The North Wales Car Club-organised event is also the opening round of the Pirelli Welsh Forest Rally Championship, which has received another strong entry.

The 65th edition of the Cambrian Rally starts from Llandudno Promenade at 09.00 on Saturday. Crews head for three gravel stages in Crafnant, Gwydir and Penmachno forests, followed by a run around the Great Orme before a midday service halt at Rhos-on-Sea. The afternoon sees a further three forest stages in Crafnant, Gwydir and Elsi before the finish back in Llandudno, after 44 stage miles, at 15.45.