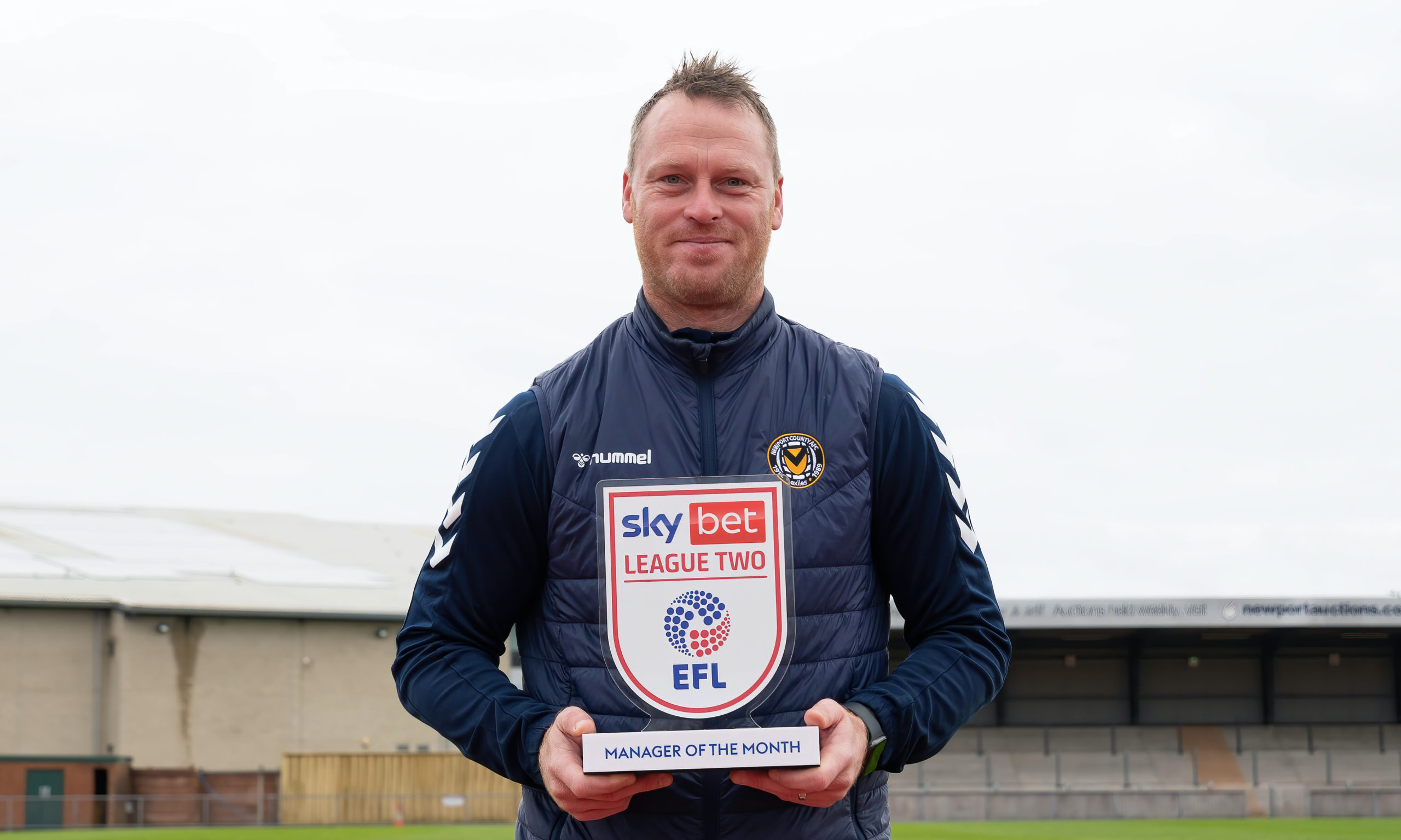 Michael Flynn named Manager of the Month for October after leading Newport County to top of League Two.

Wales’ gain is likely to mean pain for Newport County fans when it comes to the growing admiration for new cap Josh Sheehan.

Manager Michael Flynn has admitted it will be difficult to cling on to his new international who already looks too good for League Two.

Having made his international debut against the USA last week, the 25-year-old midfield dynamo’s stock has never been higher and Flynn knows there could be offers for him in January or when he is out of contract in the summer.

“What’s the point of worrying, what will be, will be? If he goes, he will go with our blessing because he has earned it,” said Flynn.

“We just have to make the most of him while he is here. I’m sure he would want a promotion, but he has a family to think about and if someone comes in for him in January and meets his buy-out clause there is nothing we can really do about it.

“If Josh decides to stay until the summer then that would be great. If he decides to sign a new deal then even better.

“There is no pressure on him because I want him to focus on playing his best football for the time we have got him.”

Sheehan is all set to step out of one promotion camp with Wales into the table-topping Exiles team when they host Port Vale at Rodney parade today (Saturday).

Even though they called-off their game against Grimsby, Newport remain top of League Two by a point from Cambridge United with a game in hand.

It is the start of three successive home games, back-to-back league outings followed by an FA Cup clash with Salford City, and Flynn wants his side to get back to winning ways to maintain their promotion push.

“The players have been exceptional in training and it has been a really good week. Sometimes I am cautious about that because you can fall flat on your face on match day, but the hunger, desire, work ethic and quality have been spot on,” said Flynn.

“We don’t get carried away when we win or lose. We know what we can improve on from the defeat to Carlisle and from the win over Orient.

🏆@BrandCooper has been named as the @EFL Young Player of the Month for October.

“On their day Port Vale can beat anyone in the league. They are a strong team that knows this league well, so it’s going to be tough.

“We want to win every game we go into, although we know that’s not always going to happen. We’ve got our targets and we know what we want to hit, so let’s keep chalking them off.

“The players are becoming even more comfortable with it and we are working on new patterns of play to add to it. Things are going alright at the moment, but I want some more end product in terms of goals.

“But let’s just keep getting the points on the board first and then work on the end product.”