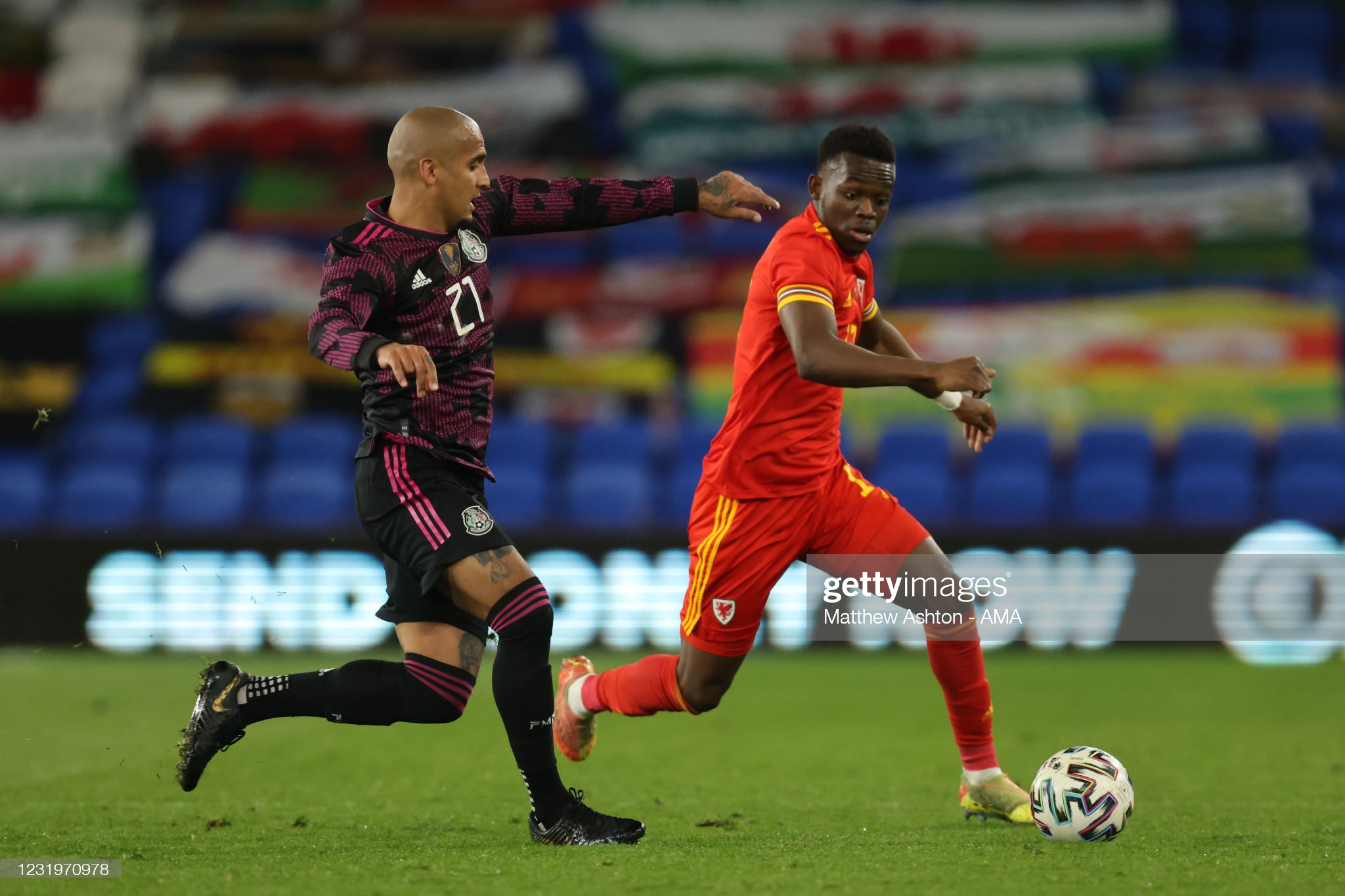 The racist abuse directed at Wales pair Rabbi Matondo and Ben Cabango has resulted in Instgram accounts being closed down, Facebook have claimed.

Wales winger Matondo criticised Instagram after he and his teammate were racially abused online following the friendly win against Mexico.

The Stoke loanee Matondo and the Swansea defender Cabango started in Wales’s 1-0 victory at the Cardiff City Stadium on Saturday night.

Matondo wrote on Twitter: “And it continues … another week of instagram doing absolutely nothing about racial abuse. My insta will get taken down if I post any clips from my games though … priorities.”

The Football Association of Wales (FAW) said on Sunday it was “disgusted” by the racist abuse received and South Wales Police said they were investigating.

In response, a spokesperson for Facebook – which owns Instagram – told Sky Sports News: “We don’t want racist abuse on Instagram and have removed the accounts that sent these messages to Ben Cabango and Rabbi Matondo this weekend.

“We have built tools that mean public figures don’t ever have to receive DMs (direct messages) from people they don’t follow and we recently announced that we’ll take tougher action when we become aware of people breaking our rules in DMs.

“This work is ongoing and we are committed to doing more. We also know these problems are bigger than us, so are working with the industry, government and others to collectively drive societal change through action and education.”

Cabango and Matondo join a growing list of black players who have been subjected to online abuse in recent weeks. Manchester United quartet Anthony Martial, Axel Tuanzebe, Marcus Rashford and Fred have all been targeted, with the latter saying “we cannot feed that culture” after being racially abused last weekend.

Arsenal’s former forward Thierry Henry has described racism on social media as “too toxic to ignore” and disabled all of his accounts on Saturday following the recent instances on the platform.

Earlier this month, the UK’s football policing lead Detective Chief Constable Mark Roberts said the response of social media companies in assisting the police to identify abusers has been “woeful”.

On Sunday, the FAW released a statement saying: “The FAW is disgusted by the racial abuse received by players via social media after last night’s game.

“Racism and all forms of discriminatory behaviour are completely unacceptable and the FAW condemns it completely.

“The FAW are in dialogue with South Wales Police to ensure this kind of abhorrent behaviour is reported and investigated.

“The FAW joins other national associations and clubs in urging social media platforms and regulatory authorities to take stronger, more effective and more urgent action against this despicable behaviour.”

Detective Chief Inspector Lloyd Williams of South Wales Police said: “Confronting hate crime is a challenge for everyone in South Wales – not just for the police – and we all have a responsibility to challenge prejudice and insist that our communities live up to the best standards of our traditions of tolerance and solidarity.

“South Wales Police has designated football liaison officers who work with clubs throughout the force area, including the Welsh FA, to help prevent and deter crime and anti-social behaviour.

“Tackling hate crime has always been a priority for South Wales Police – this behaviour is something that will not be tolerated in our community.

“The force takes hate crime seriously and we have worked closely with those involved in football to raise awareness of hate crime amongst players and supporters.”