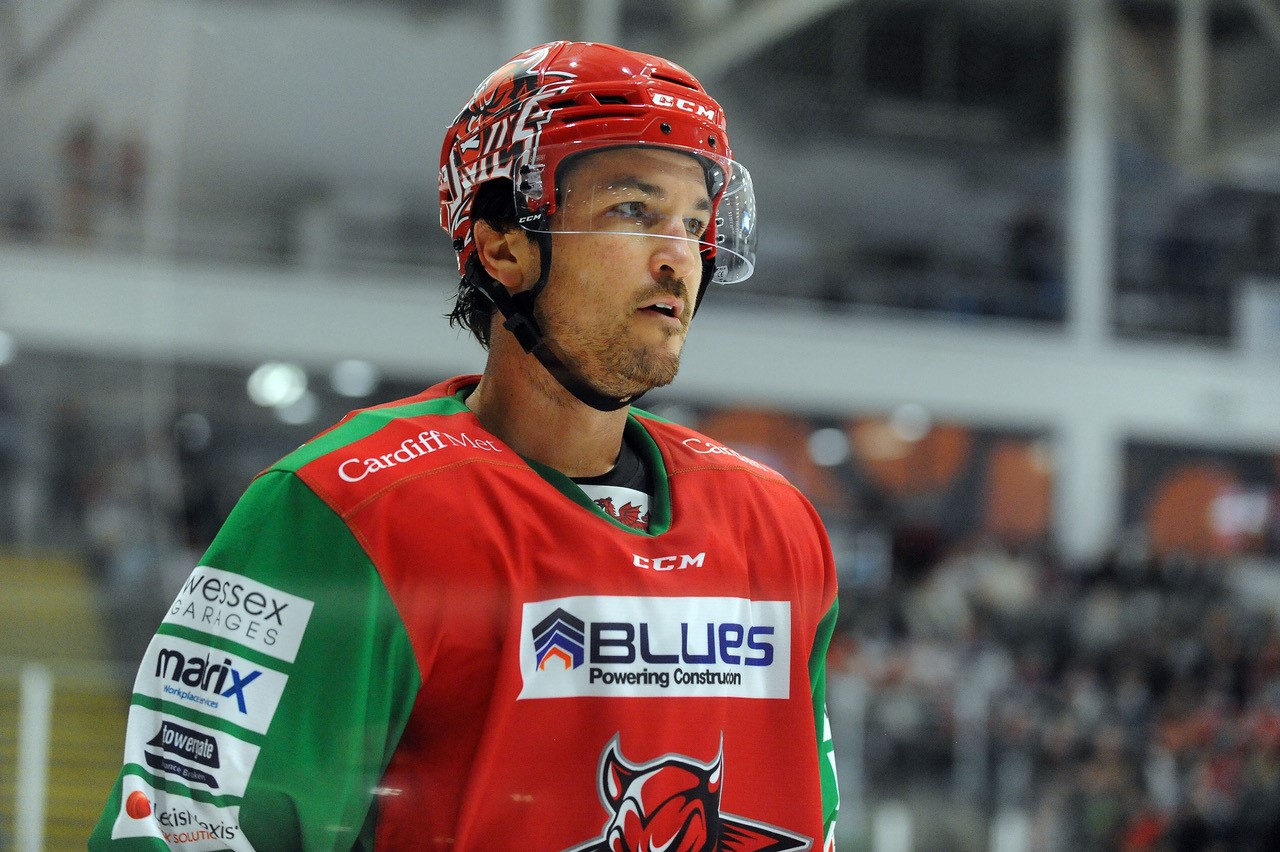 Cardiff Devils coach Brodie Dupont might just have established two-thirds of the most dangerous forward line in British ice hockey.

Namesake Brodie Reid has become the latest Cardiff Devil to recommit for next season, with the right-handed, left-wing shooter tipped to form an intriguing partnership with returning star Joey Martin.

Thirty-two year-old Reid arrived in Cardiff Bay 12 months ago and finished an impressive debut season as the team’s leading goalscorer with 31 goals and 28 assists in 52 EIHL games.

That was enough for Reid finish in the top-four goalscorers in the league last season and seventh overall in points, meaning a return was never in doubt for the Canadian.

“Last season was a great experience and I never considered going anywhere else,” he said.

“My family and I absolutely loved our time in Cardiff, and we are all excited to be back again.

“The playoff win was my first pro championship, and I am hungry for more. I think the group that we are putting together is going to compete for everything and I am pleased to be a part of it again.”

Reid was one of the most feared marksmen in the EIHL last season, playing on a Devils top-line last season that was centred by veteran two-way forward Stephen Dixon.

It was announced last week that Dixon had ended a successful three-year stint, that saw him rack up over 150 EIHL appearances for the Devils, to move to Scottish outfit Glasgow Clan. Dixon’s departure paves the way for former first-line centre Martin to reclaim his former spot in the line-up.

Prior to leaving the team during the Covid outbreak, Martin was widely recognised as the most skilled forward in British hockey. Now, Dupont has the luxury of being able to pair up Cardiff’s ‘Great 88’ with sniper Reid.

Playmaker Justin Crandall completed the first-line last season – but as of yet, there has been no announcement as to whether the winger will be returning for a second year.

Whilst the return of Crandall would be welcomed, given his 12 goals and 45 assists in a Devils jersey last season, it also opens up the possibility of a new face coming into the team.

Reid becomes the seventh player to be confirmed by the team for next season, following Martin, Ben Bowns, Mark Richardson, Sam Duggan and Josh Waller and Jake Coughler.

Accomplished defenceman Sam Jardine has been linked with a return to the Devils in recent weeks, whilst former fans-favourite Joey Haddad has announced his retirement from the game at the age of 33.