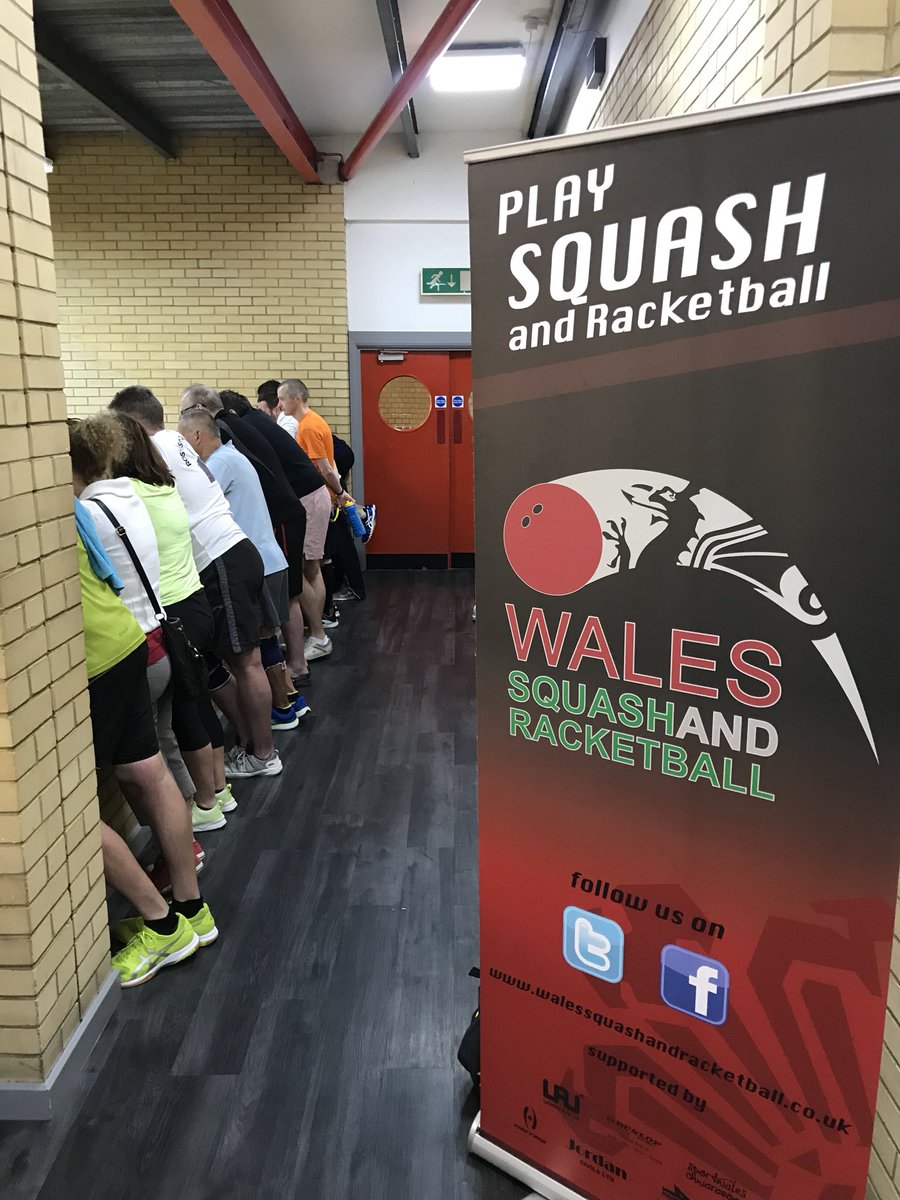 Watching the action in the Ross Scaccia tournament last year.

Rhiwbina Squash Club are aiming for double title glory in two major tournaments to be held on Cardiff.

Peter Creed, the Rhiwbina player ranked 63 in the World, is number three seed for the PSA Welsh Open art his home club, while Simon Dews will defend his Ross Scaccia Open title at Llanishen SRC next weekend.

Rhiwbina’s Simon was the first winner of the Scaccia Open A event – and he also lifted the main trophy.

There were four sections in the Scaccia tournament and the player with the biggest winning margin in their final was declared overall winner.

“Anybody in the tournament could have won overall,” said organiser Stuart Divry. “It went to the player who won their final with the biggest points differential.”

“The reason for deciding the main winner in that way was because Ross was a strong believer in promoting up and coming squash players and not just looking after the elite.”

The PSA Welsh Open, which will be held between Tuesday, May 7 and Saturday, May 11, is an $11,000  professional Challenger men’s tournament which has attracted entries from four players inside the World’s top 100.

Simon Dews, Justin Nemeth (B event), Chi Yau (C event) and Les Stamp (D event) were the four Scaccia Open title winners – and Dews lifted the main trophy by winning his final; against Gary Fry in straight games for the loss of 20 points.

Matthew Williams, Llantrisant SRC’s number one player, and Llanishen’s James Powell will both mount a strong challenge for the title, while Dave Robertson is another contender.

The Scaccia Open is the only Welsh ranking tournament where all profit goes to charity. The Scaccia family have again chosen the British Heart Foundation as the tournament charity.

The tournament is played at the two clubs Ross played at – Llanisnen and St Mellons – on Saturday, April 27 and Sunday, April 28.

Ross passed away, aged 66, in December, 2017 and a tournament was organised in his memory last year.

Welsh squash official Byron Lloyd Lewis was close to Ross and says: “He was a friend of mine and a friend of squash. I introduced him to team squash.

“Ross and Dave Williams, the ex-South Glamorgan President, asked me to form a team together at Llanishen.

“This was the start of the modern day Llanishen teams and it has developed into a highly successful club, mostly down to Ross and Dave’s efforts.

“Ross was also heavily involved in St Mellons squash would always try and support me in any event that I tried to organise.

“In my eyes and in his own way he was a legend of squash.”

The finals, followed by presentations and buffet, will be at St Mellons on Sunday, April 28.Tournament director Stuart D’Ivry 07980896918.