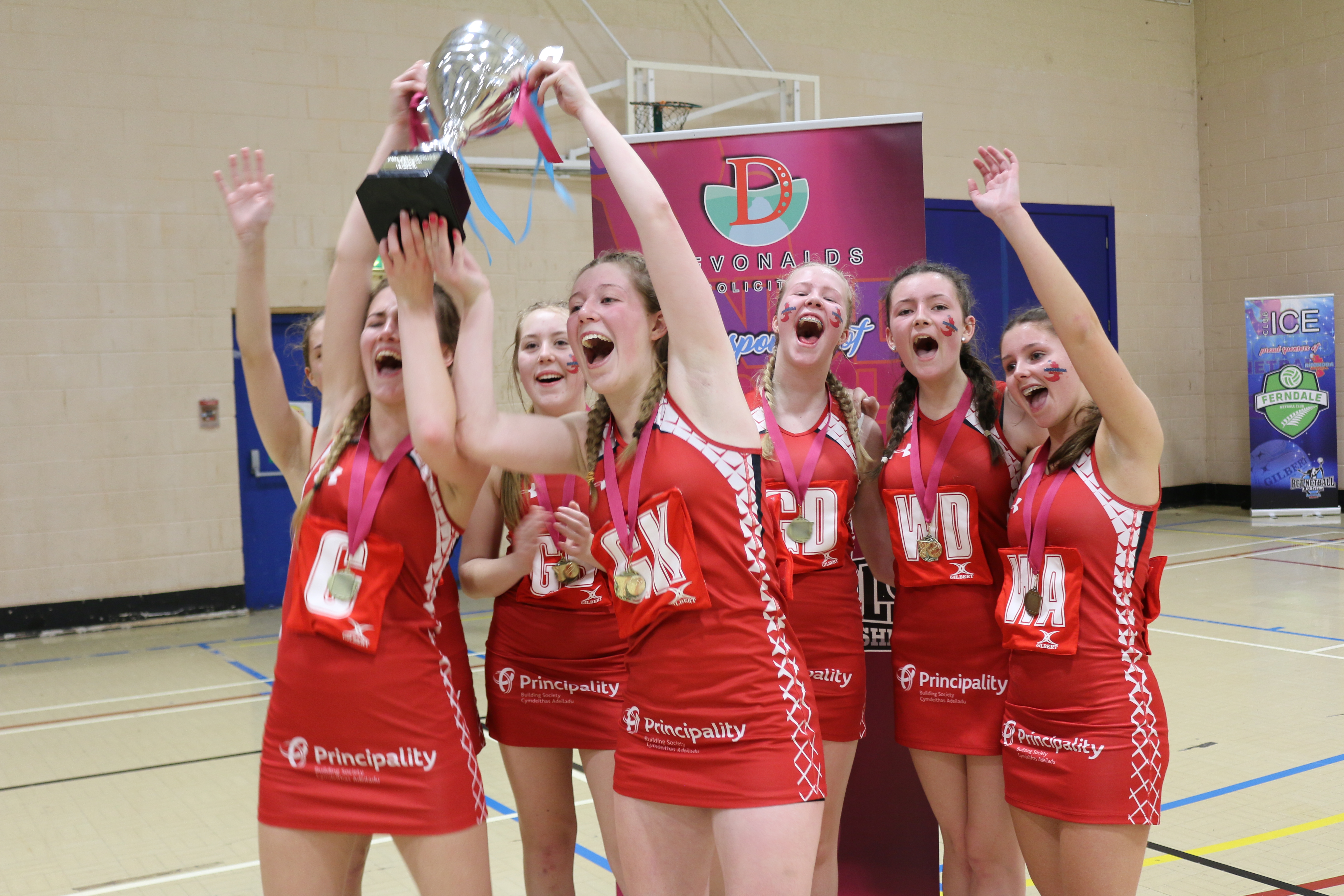 Nicola Lancaster is hopeful her Ysgol Nantgwyn team can repeat their triumph of two years ago when they compete at the upcoming Rhondda Cynon Taff Schools Netball Championship.

The tournament – which is being held at the House of Sport in Cardiff on February 13th and is sponsored by Devonalds Solicitors – will bring together some of the best young netballing talent in Wales.

PE teacher Nicola guided her school to victory in 2018 when they beat Pontypridd High School in the final. Her team that year included Wales Under 17 squad member Ashleigh Bourne, but the challenge promises to be even tougher this time around.

New teams from across the RCT area have entered the 13-team shoot-out – including Bryn Celynnog Comprehensive School, who are coached by Wales international Sara Bell.

“The standard has been improving year after year,” says Nicola, whose own preparations have included having to overcome a recent bout of pneumonia.

“I’ve got a strong team this year, maybe at present it’s not quite as good as two years ago, but they are improving.

“We are currently second in our league and it will go down to the last game to discover if we win it or not, so we’ve had a good year.

“But for this tournament we’ll be going up against the likes of Pontypridd, Bryn Celynnog and other strong RCT schools. We expect there to be a number of schools this year that will be very competitive.”

Ysgol Nantgwyn have become one of the strongest netball schools in the Rhondda in recent years, and though the school is still young, having been established as part of the 21st Century Schools programme run by Welsh Government and local authorities throughout Wales, they punch above their weight.

For the past 17 years, the Mid-Rhondda-based school has been coached by Lancaster, who set up the first secondary school netball academy in the area.

Her RCT Schools Netball Championship winning side of two years ago was good enough to finish fourth in the all-Wales Ann Smart tournament in the same year.

“We have won the Rhondda tournament and league double a few times over the years, now, and it’s been great to compete with the likes of Ferndale, Treorchy and Ysgol Gyfun Cwm Rhondda who all have strong netball history,” adds Nicola.

“The tournament has expanded now to teams outside the Rhondda – from the Taff and Cynon regions – which is fantastic, although it makes the competition tougher.

“Hats off to Rhondda Netball who organise such a fantastic event each year. It was crying out for this level of organisation and commitment. When I started 17 years ago, there was no netball structure at all.

“Rhondda Netball has grown so fast and the kids love it – from netball tots to adults with their new senior and youth programme.

“There’s a lot of potential in the sport right now and I really believe that if they take the right steps, Welsh Netball can play a big part in changing what the next generation of netballers experience when they’re in school.

“This is the fastest growing sport out there, the TV coverage is helping that all the time, but what we need are more local facilities so that every district has an accessible court.”

The redevelopment of the Rhondda Fach Leisure Centre meant there was no schools tournament last year and no opportunity for Ysgol Nantgwyn to defend their title.

But this year – with no suitable venue in the Rhondda that can stage matches on multiple courts at the same time – the event is being held at the House of Sport, in the shadows of the Cardiff City Stadium.

“You need a minimum of three courts, really, for this tournament, which is why we have to take it to Cardiff,” says Nicola.

“That’s a big shame after all the hard work that has been put in locally over the years, but the fact that 13 schools are going to Cardiff just shows the level of interest and commitment to netball there is in this area.

“I’m really looking forward to it because my passion is netball. I have played the game and coached all my life.

“It’s one of the key things that motivates me, to be honest! Having the clubs at the end of the day and that relationship with the kids is fantastic.”