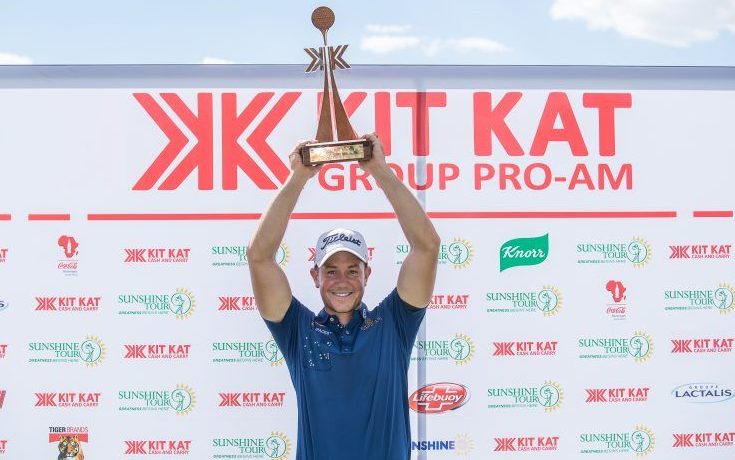 The Welsh golfer shot a final round of 67 on Sunday to win by one shot on 12 under par and claim his second victory on the Sunshine tour, which is based in southern Africa.

Enoch has played very little tournament golf over the past 12 months and the 32-year-old – who played at the US Open in 2019 – admitted the victory at the Royal Johannesburg and Kensington Golf Club felt a huge relief.

“It’s been really tough with this pandemic. It’s been wonderful to be at home and spend time with my wife and my son Carter. But at the same time it’s been stressful with my golf.

Well done to the team at @Royal_JHB_Golf superb work done to get the course in such great condition for the week.#SSGolf pic.twitter.com/GW6SnJKlUs

“It’s just feels great to win. This is like a confirmation of the hard work paying off. And to be able to win on a quality golf course like this makes it even sweeter.”

Enoch birdied his final three holes, including a chip-in birdie from the bunker on 17, on the East Course an win by one stroke.

South Africa’s Dean Burmester had already finished in the clubhouse on 11-under-par with a 66, but Enoch had to endure watching Jake Redman stand over a two metre birdie putt on the last to force a play-off.

“I fully expected Jake to make that putt. I’m sad for him that he missed, but obviously I’m delighted I came out on top,” said Enoch, who added to his 2018 Cape Town Open triumph on the Sunshine Tour.

“I’m over the moon. I really didn’t think I was that close to the lead.

“When we came up 18 with the leaderboard there, my caddie said to me: ‘Don’t look left. Just focus on your putt’. So I did and made the putt for birdie on 18. Then Jake unfortunately missed his and I’d won.”

With a fast start by the likes of Luke Brown and Redman, Enoch admits he didn’t think he was in the running for the title early in the final round.

“But then I three-putted for bogey to be three behind with three to play. And then came those three birdies. This game is crazy and winning is not easy, but I managed to get over the line today.”