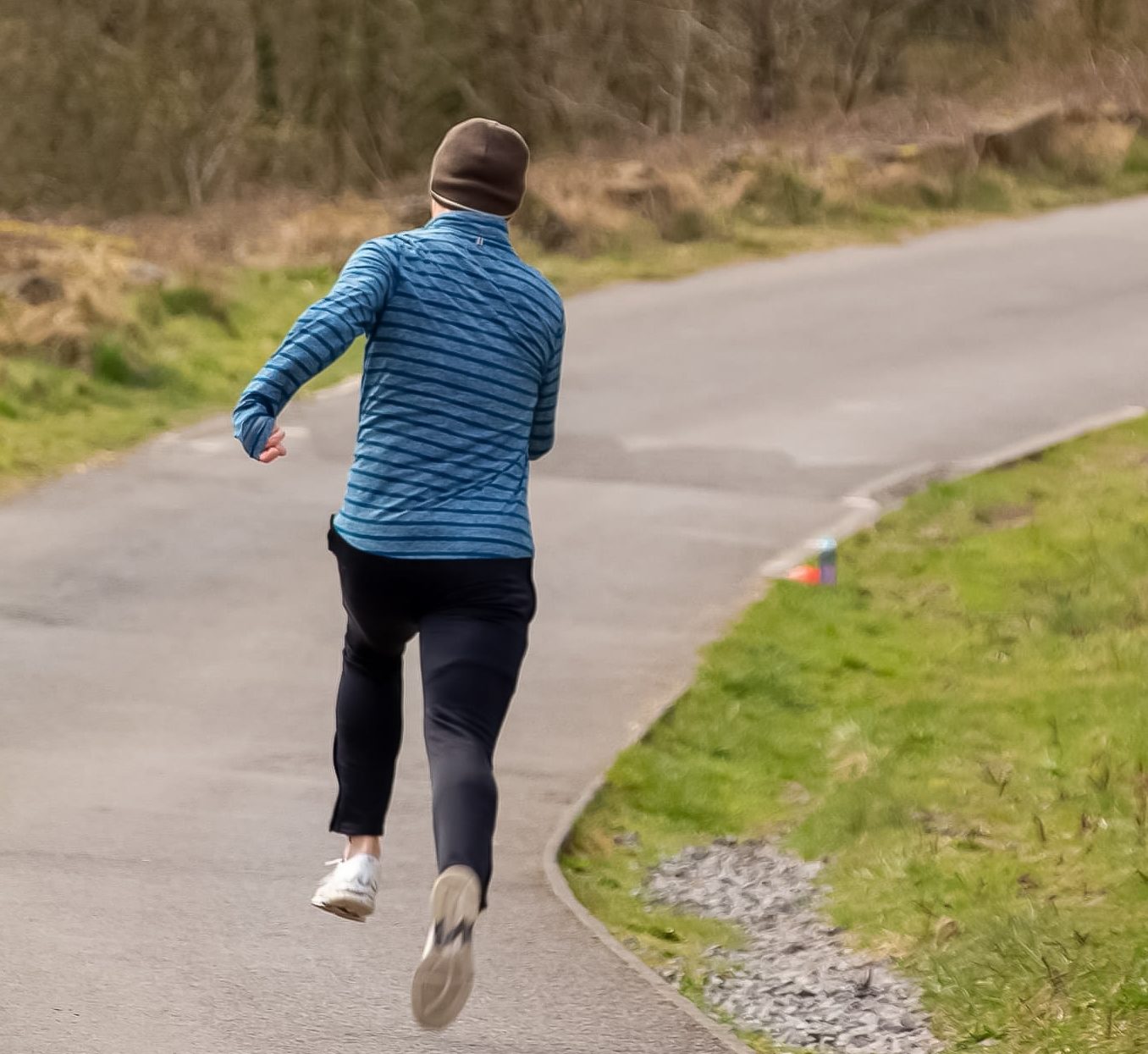 Rhys Jones is training on lanes near his home. Pic: Rhys Jones.

Rhys Jones should have been preparing to jet to Japan this summer. But instead of counting down the days to his third Paralympics, the Welsh sprinter is at home – keeping body and mind intact – awaiting freedom from lockdown, as he told Owen Morgan.

Para sprinter Rhys Jones is keeping both his body and mind in health during the current lockdown – thanks to a flexible approach and the care of others.

The Great Britain international – a Paralympian in both London 2012 and Rio de Janeiro in 2016 – has been grounded at his Clydach Vale home for the past few weeks.

But like every disabled person, he is well used to developing a resourceful nature he believes can serve everyone – not just elite athletes – trying to cope with these new additional challenges.

For Jones, that has meant changes in his training routine and a fresh appreciation when other people stay in touch.

“All my running is on the road at the moment because we don’t have a park or a large grass area, so that’s taken a bit of getting used to over the last couple of weeks,” he says.

The 2014 Commonwealth Games bronze medallist is keen to share some tips from his training regime in order to help others stay fit and motivated during the current crisis.

Jones, whose motto is “I can and I will. Watch me” has been posting YouTube videos demonstrating how people can keep fit in their own living rooms. They are also on his Twitter account – @RhysJonesRuns.

“I’m trying to keep people motivated, because it’s hard for everyone. I will openly say that it is mentally draining to try and motivate yourself at home when you’re out of your routine.

“But the videos are just to show that when you’re in the house you don’t really need heavy weights or anything like that. I use the things that I have in my living room.

“Any form of exercise, now more than ever, is important. I can see why the government wanted people to keep active, even before this virus.”

It’s not just his body that Jones has been careful to take care of, though. Isolation from others can be difficult for everyone and he says a check call and a friendly chat with anyone can ensure people don’t feel alone.

As well as the practical support he has received from the sporting governing bodies in Wales over the years, they have also helped him adapt to his new training regime under lockdown.

“We have support from Sport Wales and Disability Sport Wales. I can’t thank them enough for the help they have given me over the years.

“They continue to check in on me through this pandemic so you know that you are loved and that you are being thought of, so it’s a mental boost as well.”

Like everyone in Wales, the 26-year-old – who has cerebral palsy – is having to adapt to revised plans.

Instead of forcing himself through home-based workouts in the Rhondda, Rhys should have been honing his sprinting skills in readiness for this third Paralympics in Tokyo this summer.

Those plans were shelved when the Games were put back to 2021. But just as he has dealt with paralysis to his left side and sight problems, the disruption is just another challenge to be taken on.

“I’m still training, so I’ve still got a goal. It is going to be hard because we are only in April and we were just a few months away from the Games.

“At the moment every sporting event has been cancelled or postponed, so I am not the only one in this situation. We are all in this together. We will come out of it better for it.

“It’s just one more year isn’t it? Three-hundred and sixty five days. When we think positively about things then positive results can happen.”

At the London 2012 Games, Rhys competed in both the 100m and 200m, reaching the final over the longer distance. Four years later in Rio, he competed in the T37 100m where he finished sixth in the final.

The year after Rio, Jones finished fifth in the final of the T37 100m final at the World Para Athletics Championships in London.

Having tasted so much success on the global scale, Jones is hungry for more in Tokyo in 2021.

“I try and see the positives in everything. There’s no such thing as a negative really, it’s a learning point. You either learn from it or you don’t.

“More often than not, 99 per cent of the time, I will learn from it. I try not to make the same mistake as before and become a better person from it.”