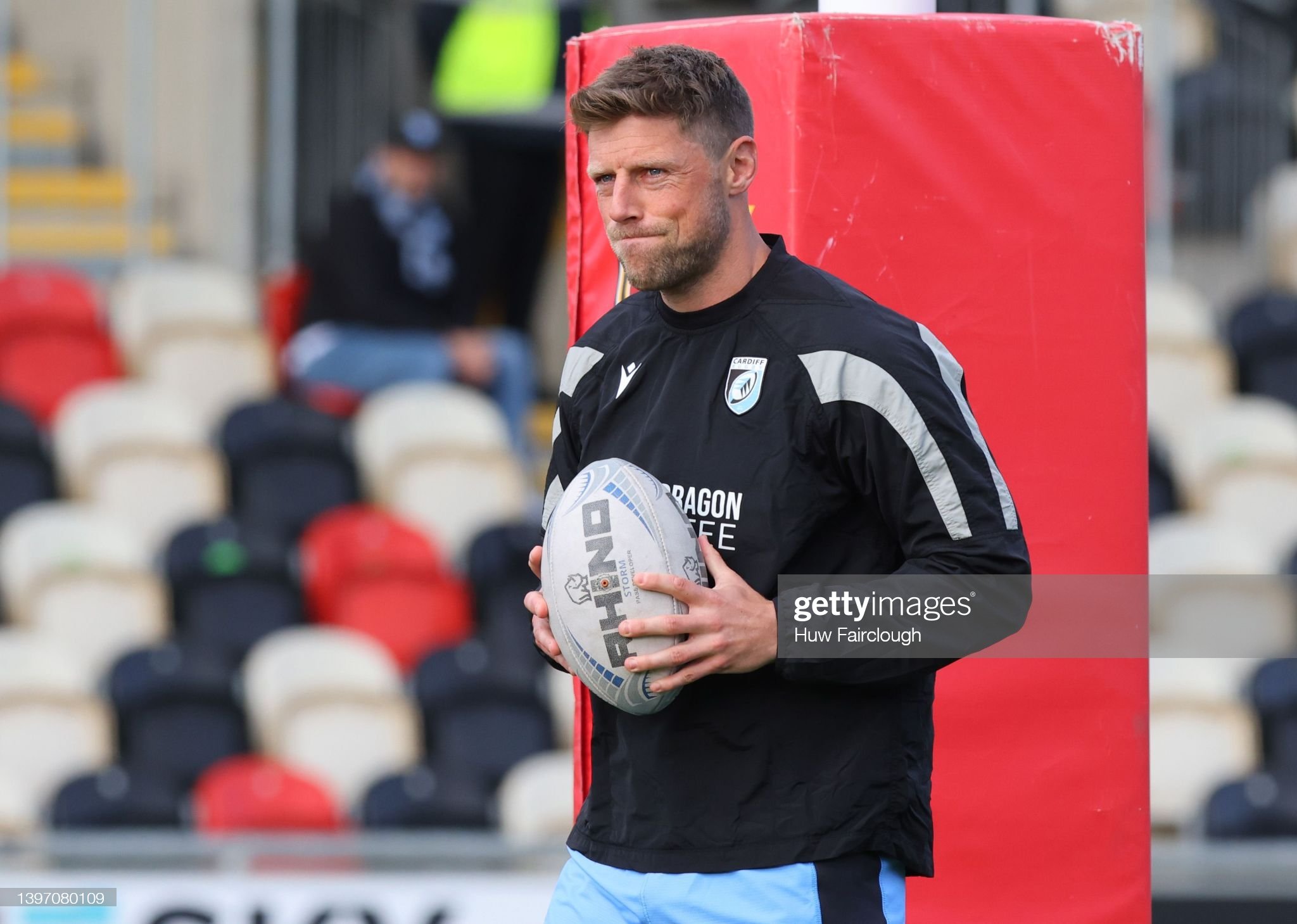 Dean Ryan admitted his Dragons team had given Rhys Priestland the chances to win their derby clash against Cardiff at Rodney Parade.

Priestland kicked four penalties and a conversion for Cardiff as they edged out the Dragons 19-18 in a fiery neighbours’ dust-up which saw two players sent off.

It was Cardiff’s first away win of the season, while the Dragons remain winless at home after their outside-half Will Reed missed a 79th-minute penalty that would have pinched victory.

Priestland kicked 14-points with Lloyd Williams touching down for Cardiff’s only try.

Ollie Griffiths and Jack Dixon scored tries for the Dragons but director of rugby Ryan said: “Whatever plan we had went off the table.

“In the second half there were bits that I liked about us and our attack game was causing all sorts of problems, but we invited Rhys (Priestland) into the game too easily and that was the difference in the end.

“We were down to 14 men for too long and invited them in too easily. We were better today but our discipline keeps undermining some of the good things that we do.”

Dragons second-row Joe Davies was sent off in the 16th minute for a dangerous shoulder to the head of Rhys Carre.

Clear he wants an end to this annual nonsense and to actually have a proper plan for the pro game…https://t.co/KuMWqM4ykb

Cardiff hooker Liam Belcher, on his 50th appearance, was also given his marching orders for a swinging arm on Reed.

Cardiff director of rugby Dai Young admitted: “There was not much in it. I feel for the youngster (Will Reed) with a kick like that.

“There were a lot of mistakes in the game for both sides and we were pleased to get the win in the end because it’s not an easy place to come.

“We have to be a lot better in a lot of areas and we almost did our best to throw it away.”

But despite Reed’s late missed kick, Ryan was clear the future is bright for the 20-year-old fly-half.

“He will kick plenty of goals and he will miss plenty, that’s what it’s about. I really wanted him to have some experiences at this level and he will be better for them, that’s exactly what we want.

🗣️ “We had a chance, we had a shot, but we were still too loose and the number of times we bring them into our half hurts us…”

“His attitude to getting better and his competitive nature will mean that experience makes him better.

“I have no issues about it, there will be plenty of those and in some ways the sooner he gets them the better because he can get out the other end.

“He just needs bucketloads of experiences, simple as that. He has a responsibility to keep trying to get better and has lots of people around him that keep giving him their view, which is great.

“He has got to keep putting them into experiences which are sometimes good and sometimes bumpy.”

Priestland opened the scoring with a penalty before Davies’ transgression, although the hosts ensured they levelled the scores with Reed slotting over a penalty.

A mediocre first half was lifted following a clean break from Cardiff wing Owen Lane as he glided outside Dixon and released an inside pass for scrum-half Williams to score.

The numbers were evened up when Belcher was shown his red card.

Try number 40 in the Blue and Black for Lloyd Williams proved decisive!

🏅 4️⃣ from 4️⃣ outings for the scrum half and a @URCOfficial POTM medal. A great servant!

Dragons took advantage immediately with number eight Griffiths charging over from an attacking scrum. Replacement fly-half Sam Davies converted to ensure it was 10-10 at half-time.

Priestland restored Cardiff’s advantage by slotting over his second penalty, but missed two further kicks at goal. Cabango demonstrated his searing speed with a burst down the left touchline, but the attack fizzled out.

Dragons were more clinical when they created a chance for Dixon to crash over in the right corner for a well-worked try that gave the hosts the lead. Priestland’s kicked two penalties as Cardiff regained the initiative before Reed slotted over a kick to reduce the deficit.

There were late replacement appearances for Cardiff captain Josh Turnbull, who had recovered from a calf problem, and Dragons prop Lloyd Fairbrother, who has missed the last year with an Achilles problem.

The Dragons were given an opportunity late on to win it but Reed’s penalty sailed just wide.