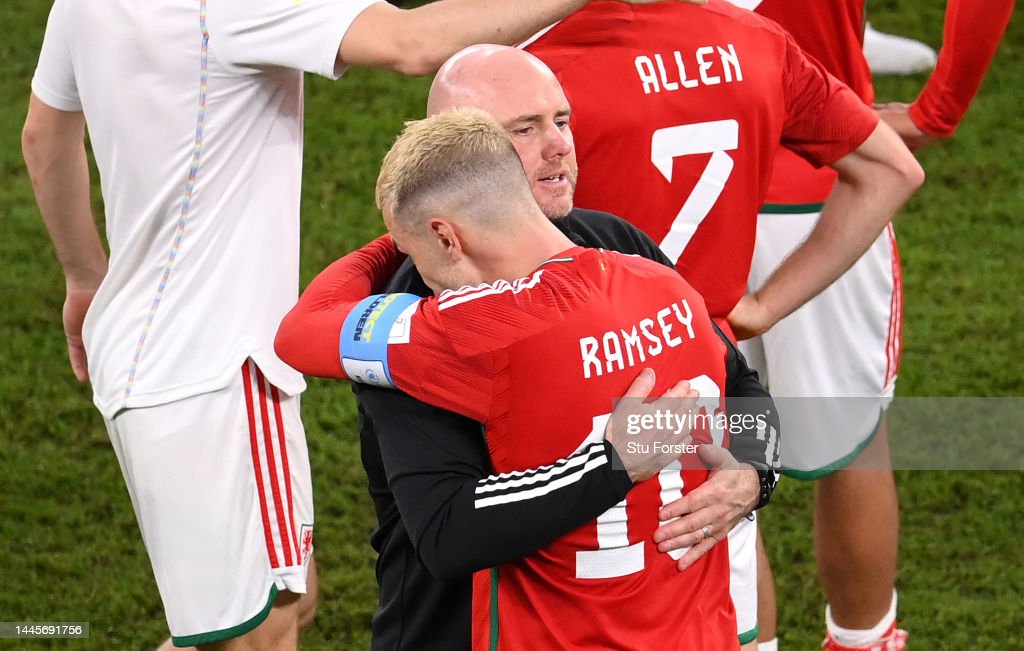 Robert Page has apologised to Welsh fans and admitted that he and his team had let them down during the World Cup, with their below par performances in Qatar.

The head coach from Tylorstown has insisted that his team will learn from the mistakes, as they aim to qualify for the 2024 European Championships without their star man Gareth Bale, who hung up his boots earlier this month after a glittering career in the game.

Aaron Ramsey and Joe Allen are set to continue with the National team, but the former Watford centre back is adamant that there will be changes amongst the squad, as Wales look to the future.

In an interview with S4C’s Sgorio programme Page said: “I left Qatar disappointed with our performances at the World Cup. I don’t think we showed a true reflection of what we are capable of producing.

“The players would have come home as frustrated as I was. I thought the way we planned for the tournament was excellent and the hype and the excitement around the team was brilliant.

“My frustration is that if we had shown the levels of performance we did against Belgium at home and against the Netherlands away in recent times, I would have been proud that we had shown everyone what we are capable of, but we didn’t do that.”

There have been question marks over whether Ramsey and Allen – two survivors of the Wales side that reached the semi-finals of Euro 2016 and who are both 32 – will stick around for the forthcoming European Championship qualifiers.

Page, speaking to S4C’s Sgorio programme, said he expects the pair to play in the upcoming Euro’s qualifying campaign, which starts away to World Cup semi-finalists Croatia in March.

“He can’t wait to meet up again. There’s no inclination at all that any senior player will want to retire.

“If anything it’s quite the opposite. Every member of staff I speak to that has had contact, maybe from the medical team just to check on the players, has said that.

“Our head of recruitment has been to see Joe Allen a couple of times and he’s probably playing his best football at the minute.

“That’s great for us coming into March because he was injured going into the World Cup. We’ll see a different Joe Allen again barring any injury.”

After Wales’ poor performances in Qatar, where they scored just once – a Bale penalty – and finished bottom of their group with one point from three games, Page plans to make changes, both in the playing squad and on his backroom staff.

Veterans such as Chris Gunter and Jonny Williams, who both play in League Two, are set to be jettisoned in favour of younger and more athletic players.

It was great to catch up with Rob Page yesterday.

A very honest assessment of Cymru's WC campaign, life after Bale, the team's new identity, changes behind the scenes (and loads more that I can't fit into this Tweet)

Assistant manager Kit Symons and head of performance Tony Strudwick must be replaced following their post-Qatar departures, and Page wants to recruit a full-time psychologist.

On Symons’ departure, Page said: “It was a really difficult decision. I’ve worked and played with Kit. He’s a top, top bloke.

“I just wanted to freshen things up and keep evolving. I’ll be bringing a new coach and head of sport science in, and there’s a couple of other members of staff I want to add.

“I want to bring in a full-time psychologist. Every other association has got one. We haven’t and we need to keep evolving, progressing and improving.”

Wales failed to match the athleticism of England, Iran and the United States at the World Cup, and Page says new faces will be introduced into his next squad.

He said: “We need young blood coming in and bringing that energy you need when you dine at the top table.

“We’ve got quality and we know we can score goals at the top level, and this is an opportunity for these young players to bring energy.

“Our aim is to qualify for the next Euros, but we are also looking forward to the next World Cup.”

Tottenham defender Ben Davies is favourite to take over the armband from Bale.

Page added: “I have made my mind up, but I’m not going to announce it now.

“There will be a time and a place. Gareth led really well and my next captain will do the same.”