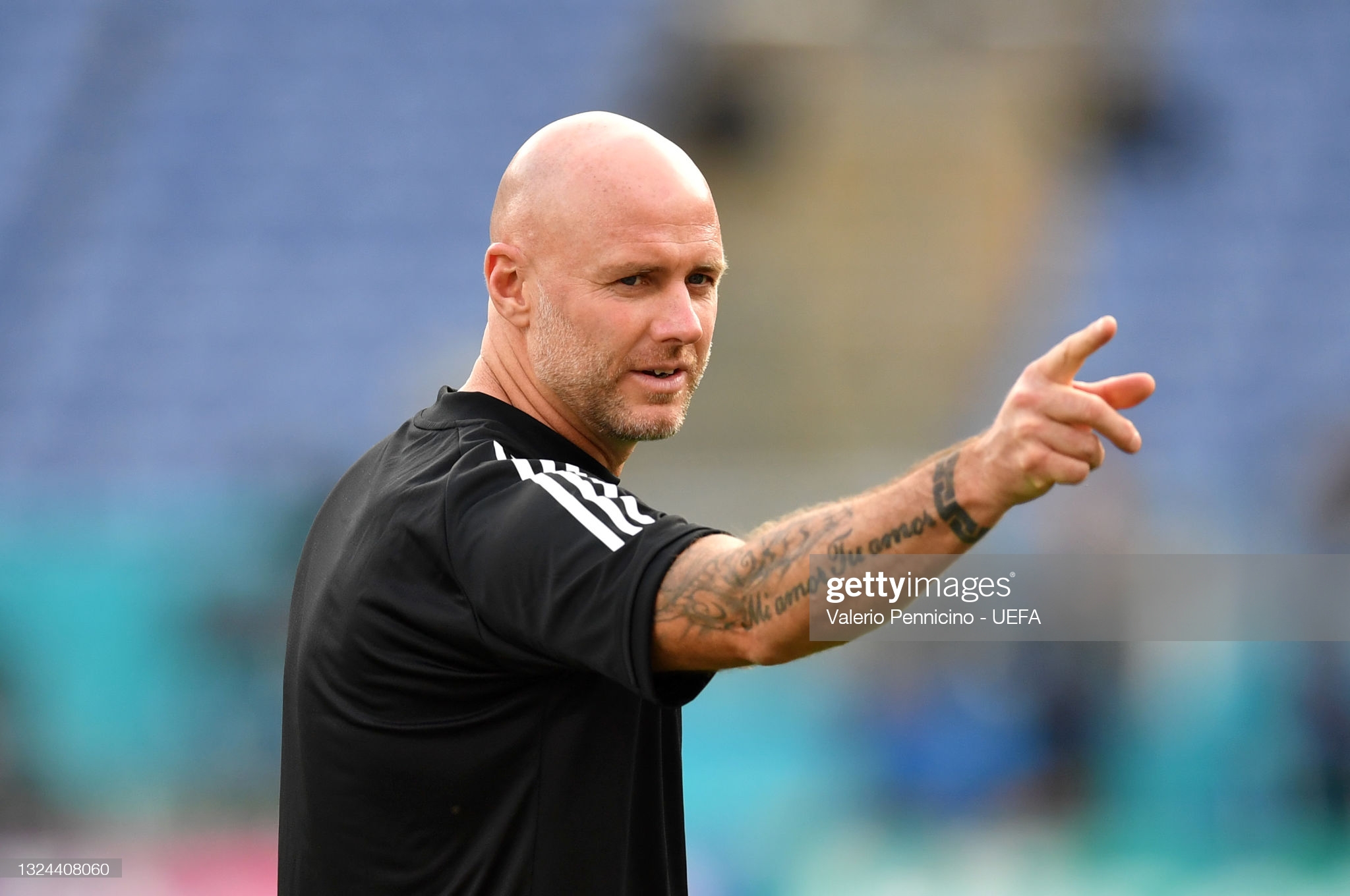 Wales take on Italy in Rome on Sunday, with qualification for the last 16 of Euro 2020 already highly probable, barring a string of freak results. But the captain, Gareth Bale, insists his team are capable of the victory that would seem them top their group – giving further evidence of the wisdom of promoting Robert Page to interim manager, as Graham Thomas reports.

Robert Page’s success in taking Wales to the threshold of qualification for the knockout stages of the Euros has come as no surprise to the man who made the call to appoint him.

Kieran O’Connor – president of the Football Association of Wales – believes the decision to turn to Page as caretaker manager in the absence of Ryan Giggs has already been vindicated.

A draw with Switzerland in Baku followed by a superb 2-0 win over Turkey means Wales are in a very healthy position in Group A as they get set for Sunday’s final group stage fixture against Italy in Rome – a match that is live on S4C.

A victory would see Wales top the group, a draw would confirm their second place, while even a defeat will be enough for the runners-up spot provided there is not a five goal swing in goal difference between Wales and the Swiss.

That final game scenario looked a long way off when Giggs stood down before the tournament to concentrate on a looming court case and U21 boss Page was summoned to take charge.

“Rob has been superb, the players love him I have never seen so many players laughing and joking at a training session,” says O’Connor, who played a leading role in the appointment as the FAW are still currently without a chief executive.

“He plans everything and he has a good team behind him as well. They are all experienced pros who know what they are doing.”

“We’ve become, both as an association and as a country, a lot slicker in the last 10 years. We’re seeing the progression from the U15s up to the senior squad.

“You watch them come through and when you see the U21s they play in exactly the same way as the first team.

“We’re in a good place and we have to keep our conveyer belt rolling. To do that we have to invest at the lower end and we’ll carry on doing it. The intention will be to qualify for every major tournament, male and female.”

The challenge posed by the Italians in their capital city will be a step up from Wales’ opening two fixtures, given that Roberto Mancini’s side are on an astonishing 29-match unbeaten run.

The Italians have beaten the Turks and the Swiss by impressive back-to-back 3-0 scorelines while their big names players such as Ciro Immobile and their new goal-scoring sensation Manuel Locatelli have hit the ground running.

But Wales’ own world class talent – the experienced duo of skipper Garth Bale and Aaron Ramsey – combined brilliantly to be the dominant influences in Baku against Turkey and they will look to repeat that at the Stadio Olimpico.

“I never knew Stoke were that good” pic.twitter.com/ssFfamFYPW

For O’Connor, the encouraging signs for the future are that when Bale and Ramsey depart the international scene there appear to be young players with the talent to take their places.

“There are four or five players in the senior squad now that can still qualify for the U21s,” says O’Connor.

“Rubin Colwill has just come through, he is going to be an absolutely fabulous player. He’s someone we identified a long time ago and has progressed through the ranks.

“The future is looking really good. Since I’ve been here I’ve had hundreds of messages of support from people who are totally behind us.

“Football is starting to take over from that other game, the one with the oval shaped ball. The country is absolutely buzzing, there are fans who came out to Baku to give magnificent support and the country is fully supportive.

“We are making some nice inroads, the levels of children playing football now is increasing dramatically. We have to ensure we keep investing and that in 20 years’ time, these people come through the ranks.

“The further we go in the competition, the more money we make, the more we can invest in grassroots football and the better we develop.

The FAW is pleased to support the nomination of Kieran O’Connor and Professor Laura McAllister CBE for FIFA Council Election.

“In terms of how far we can go, the plan is to win it! That would be nice! The boys are up for it, we’ll go as far as we possibly can.”

For Page, the spirit and resilience shown against the Turks prove the current squad have the potential to remain unbeaten after Rome and head into the knockout stages – and a possible meeting with Finland or Russia – with confidence.

Page said: “We’ve got a lot of players not playing domestic football week in, week out. So, what is it? Is it the crest on their chest that makes them raise their game?

“It must be. It’s playing for Wales. It’s powerful and everybody would walk on broken glass to get into this squad. Credit goes to the players.”

Join Dylan Ebenezer and the S4C team in the Stadio Olimpico in Rome for live coverage of Italy v Wales in the UEFA EURO 2020 Championship.